Bitcoin mining hardware (ASICs) are highly specialized and powerful computers used to mine cryptocurrencies like Bitcoin. The ASIC industry has now become more complex and competitive. Bitcoin was originally coded to be mined by CPU power, not GPU.

Later on, the Bitcoin developers decided to harness the greater hashing power of GPUs for mining Bitcoin. Nowadays, all the standard Bitcoin mining farms consist of ASICs. Otherwise, it is never profitable. You can select the Bitcoin mining hardware according to your mining needs and capacity.

Following is a handpicked list of Top Bitcoin Mining Hardware with their popular features and website links. The list contains one of the best Bitcoin mining hardware in the market. 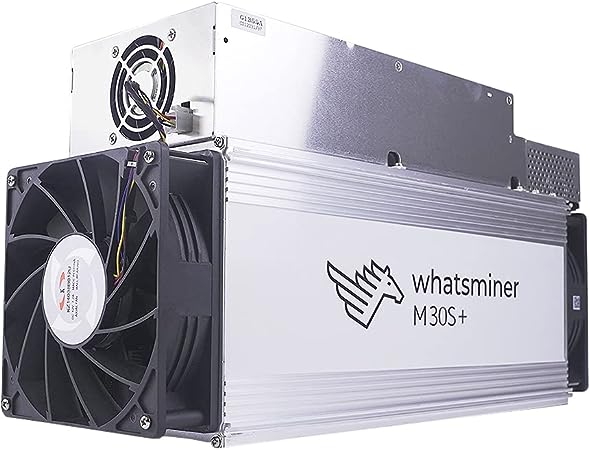 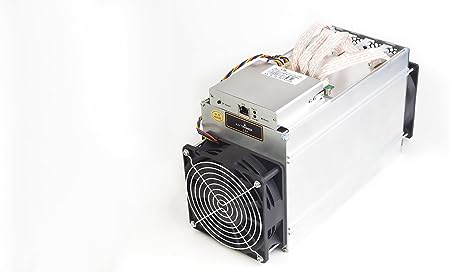 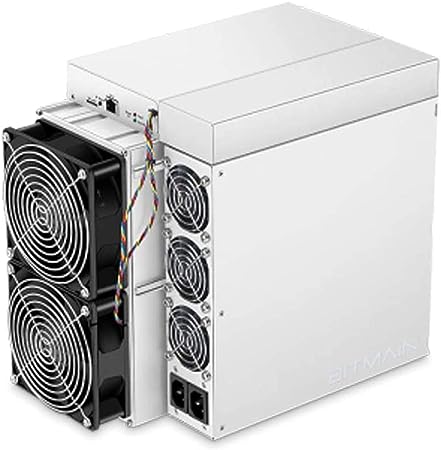 DragonX Whatsminer M30S is one of the best cryptocurrency mining hardware that requires no separate host computer or software. It offers a built-in web management portal. The performance of this ASIC Bitcoin miner depends upon the effectiveness of the ambient temperature and the power supply used in the mining process. However, at a room temperature of around 25-degree centigrade, the S7 consumes about 1300 Watts.

This is one of the best Bitcoin miner machines suitable for miners who operate in cooler climates, as cooling costs can significantly cut into profitability compared to warmer regions. Antminer S19 is the latest Bitcoin ASIC miner from Bitmain. You should buy it if you able to afford so much power voltage. The power supply units are included with the miners themselves so that you don’t need separate hardware. AntMiner L3+ is one of the fastest Bitcoin ASIC miners commercially available in the market. It has a built-in control panel, which means no separate host computer is needed for operation. AntMiner L3+ has a PCI Express connector, and its weight is around 13.23 pounds. AntMiner D3 is one of the best Bitcoin mining equipment that comes with Dash ASIC miners. Most ASIC Bitcoin miners use this hardware to first mine dash coins, convert them into Bitcoins, and increase profits. In this ASIC Bitcoin Miner, all PCIe connectors on a hashing board are connected to the PSU for the hashboard to operate.

The dimensions of this hardware are 320x130x190 mm, making it possible for you to have a good arrangement when running multiple miners simultaneously. It is one of the best mining equipment widely used for Dash coin mining, crypto mining, cloud mining, mining pools, etc.

❓ What is an ASIC Bitcoin Miner?

Bitcoin was originally coded to be mined by CPU power, not GPU. Later on, the Bitcoin developers decided to harness the greater hashing power of GPUs. Here, the Bitcoin ASIC miner comes into the picture of specialized hardware with microprocessors designed to mine digital currency. The ASIC stands for Application-Specific Integrated Circuits. Today, all the standard Bitcoin mining farms consist of ASICs. Otherwise, it is never profitable.

👉 What are the Best Bitcoin Mining Hardware?

🚀 What is a Crypto Mining Rig?

It is a barebone computer with multiple graphic cards, or GPUs, in place of a single graphic card. Mining Rigs mostly use AMD and powerful GPUs from Nvidia to handle calculations and require high-voltage power supplies. The popularity of mining may lead to a shortage of graphic cards.

🏅 What are the Types of Bitcoin Miners?

Here are the types of ASIC Bitcoin Miners you can get in the market:

It is an old Bitcoin miner that was used with a normal PC with a regular CPU chip. This type of miner produces a lower amount of Bitcoins than the power cost needed to operate them.

It is faster and more efficient compared to CPU miners. The major drawback of GPU miners is that they cannot be useful in the current environment of Bitcoin. It will heat up too fast before you get any chance to earn your Bitcoin.

FPGA (Field-Programmable Gate Arrays) is an efficient and faster way than CPU and GPU mining. This type of miner consumes less amount of power and provides efficient results. It is good to use an FPGA with operating systems like Ubuntu.

ASIC miners are manufactured for a specific intention. It was first released in the year 2013. The ASIC Bitcoin miners are fast, provide much more hash rates, and consume less electricity. It can be used in either 32-bit or 64-bit OSs.

Gridseed miner is the latest crypto-mining technology. It can produce higher hash rates in mining than other ASIC Bitcoin miners. It can mine a single Gridseed unit and SHA-256 that comprises 5 GC3355 chips.

This microchip can mine SHA-256 at around 11.25 GH/s and script (encryption method) at approximately 350 KH/s. Gridseed gives the best results to miners in this fast-evolving crypto world. It has gained more popularity due to its high speed, affordability, fast delivery time, and low electricity usage.

⚡ What is Bitcoin Mining?

Bitcoin mining is a process of digitally adding transaction records to the Blockchain. It is also known as the crypto mining process that is executed using enormous computing power. Each Bitcoin miner contributes to a decentralized P2P (Peer-to-Peer) network to ensure the payment network is secure and trustworthy.

The Blockchain network is a decentralized P2P network that contains a shared ledger. The network has no central authority, so the transactions are recorded, processed, and validated in the miner’s network. The data shared over in the network is completely transparent. Still, the sensitive and personal data regarding the members’ identity is always anonymous.

Here, the miners require validating blocks of transactions to access their blocked rewards. A new BTC is introduced in the network when a new transaction block is added to the system.

Here are some important reasons for mining Bitcoin:

💲 What is the Hash rate?

Hash rate measures your computational power to mine and process transactions on Blockchain like Bitcoin and Ethereum. To earn maximum Bitcoin, you require good computing power.

It depends entirely on your geographic location. The concept of mining Bitcoin can threaten government control over the financial markets and fiat currencies. Mining Bitcoin cryptocurrency is illegal in Egypt, Nepal, Morocco, Bolivia, etc. countries.

🌟 Which Bitcoin Miner is Most Profitable?

❗ How are Bitcoin miners paid?

The network recognizes the work of miners and provides rewards for generating new blocks. These rewards can be of two types: 1) a new Bitcoin created with each block, or 2) Fees paid by the user for the network transactions.

💻 How to select mining hardware?

Here are the important selection criteria to choose the best Bitcoin miner hardware:

💲 How much does a Bitcoin Mining Machine cost?

The price for new Bitcoin mining hardware depends on how powerful your Bitcoin miner is. However, in the secondary or used markets, when supply is low, you can find a premium factor of up to 5x.

👉 How to find the Best ASIC Bitcoin Miner?

There are some factors that you need to take care of while selecting the ASIC Bitcoin miner hardware:

❓ What are some known Bitcoin Mining Hardware Companies?

🏅 What is Bitcoin Cloud Mining?

Cloud Mining is mining and utilizing a remote data center with shared processing power mostly contracted through a Cloud mining company. This type of mining helps users mine Bitcoins without having to manage their hardware.

⚡ How long does it take to Mine a Bitcoin?

It takes around 10 minutes with the ideal equipment and computing power to mine One Bitcoin, no matter how many miners are operational. However, this will also depend on factors like mining equipment used, computational power, and competition.

💻 Can I mine Bitcoin on my PC?

Yes. However, the least powerful and profitable way to mine Bitcoin is using a personal computer. It needs a large amount of power consumption and powerful hardware to successfully mine Bitcoin and get rewarded.