WPF is a framework for building Windows applications that allow users to develop rich user interfaces having 3D animations and rich colors with less code complexity. It is a vector-based rendering engine that uses hardware acceleration of modern graphics cards, which makes the Ul faster and highly scalable. WPF stands for Windows Presentation Foundation.

WPF can be considered as an evolution over WinForms. It produces easy to operate graphical display system for Windows. It offers easy separation between UI and business logic.

WPF applications can be deployed in your system as a standalone desktop program or hosted as an embedded object in a website.

In this C# WPF tutorial for beginners, you will learn WPF basics like:

Windows 1.0 was the first GUI environment from Microsoft. It is working as a layer on top of DOS, relying on the GDI and USER systems for graphic and user interface.

DirectX was introduced in the year 1995, as a high-performance graphics system. It was aimed at games and other graphics related environments. Over the years there are many versions released with Directx9 that provides a library to use with mange.Net code.

Next in this WPF C# tutorial, we will learn about WPF core types and Infrastructure.

Classes in WPF are divided into four different types:

These classes, known as base element classes. It provides the foundation for a model of composing user interfaces.

WPF user interfaces are composed of elements which are assembled in a tree hierarchy. It is called the element tree. The element tree is an intuitive way to layout user interface. It is a structure which allows you to get the feature of powerful UI services.

Extensible Application Markup Language which is called “XAML”, or “zammel” is a declarative way to define user interfaces.

Here is the XAML definition of a simple button:

The appearance of controls can be customized with styles and templates without programming. You can also create a custom control by deriving a new class from an appropriate base class.

WPF provides a feature for customizing the appearance of your application. It allows you to set objects and values for things like fonts, backgrounds, etc.

The styles feature allows you to standardize on a specific look for the entire product. It allows you to replace the default appearance while retaining its default behavior.

Data template allows you to control the default visualization of the bound data. With the help of themes, you can easily visualize styles from the operating system.

Layout helps you in proper positioning and sizing control. It is part of the process of composing the presentation for the user. The WPF framework eases the layout process and offers better adaptability of the UI appearance.

WPF enables better control over the print system. It includes remote printing and queues. Moreover, XPS documents can be printed directly without converting it into a print format.

WPF is a part of the .NET framework. It contains both managed and unmanaged code. The important components of WPF architecture are explained in the below-given figure:

Refer to this link to install WPF https://www.guru99.com/download-install-visual-studio.html

Next in this WPF application tutorial, we will build our first WPF.

How to Create your first WPF Application?

In this WPF example, we will develop a basic WPF application. So, let’s start the simple implementation by following the steps given in WPF application examples below.

Step 2) In the new project window 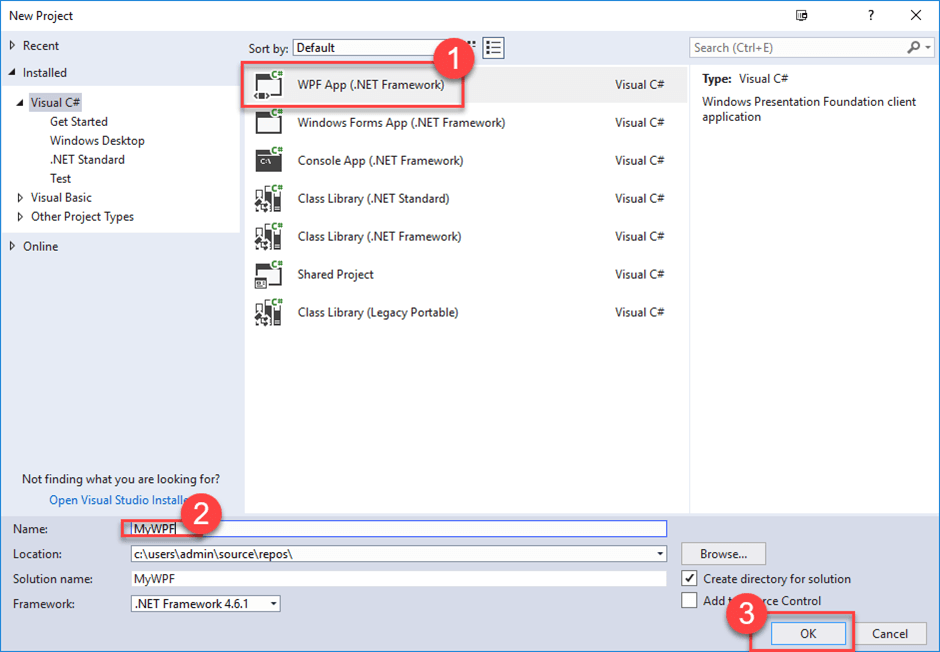 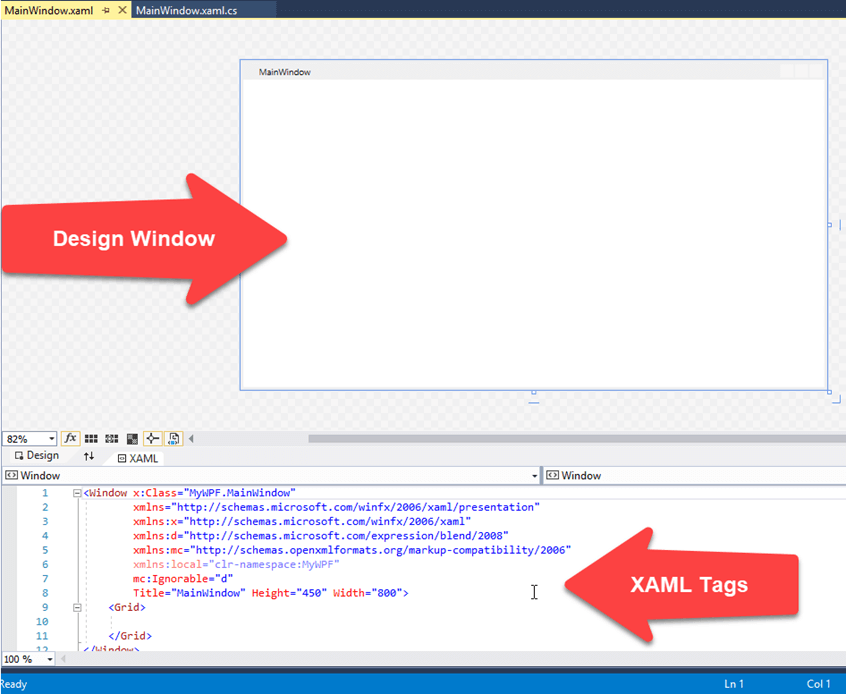 In the XAML windows, the following tags are written be the default

The Grid is the first element by default.

The MainWindow.xaml.cs contains the corresponding code behind the XAML design file 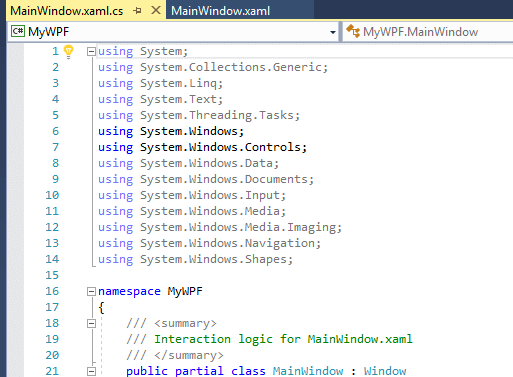 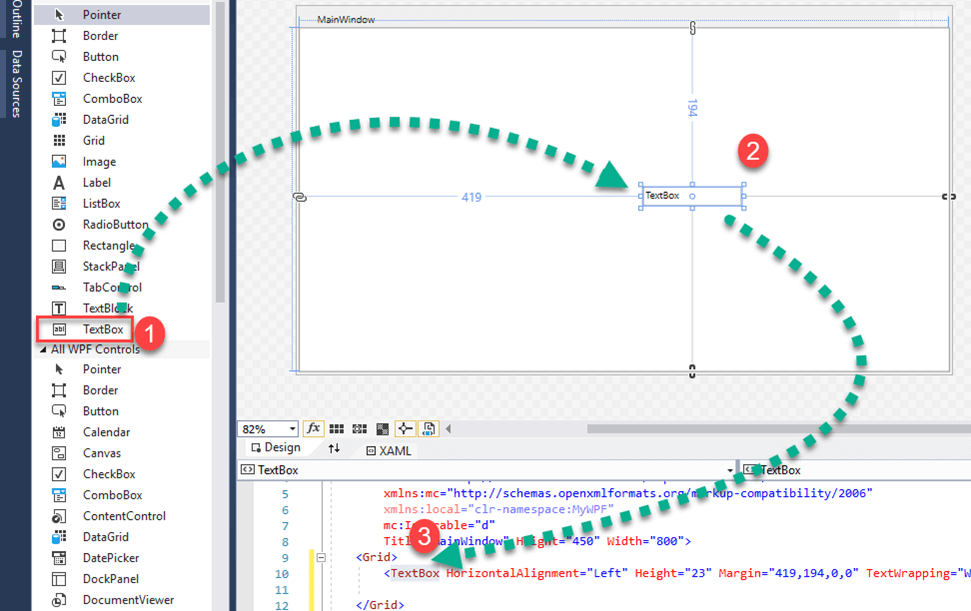 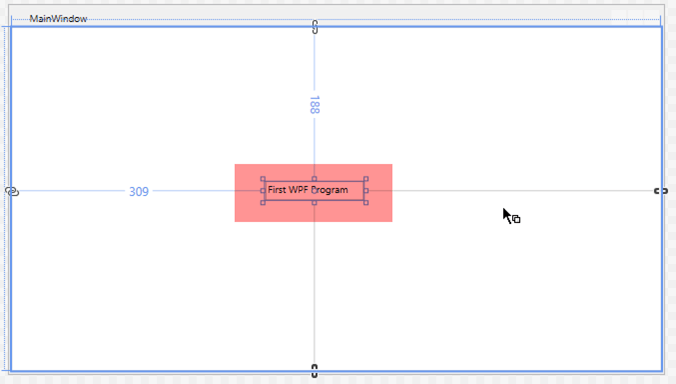 Step 7) You will see a Window at Output 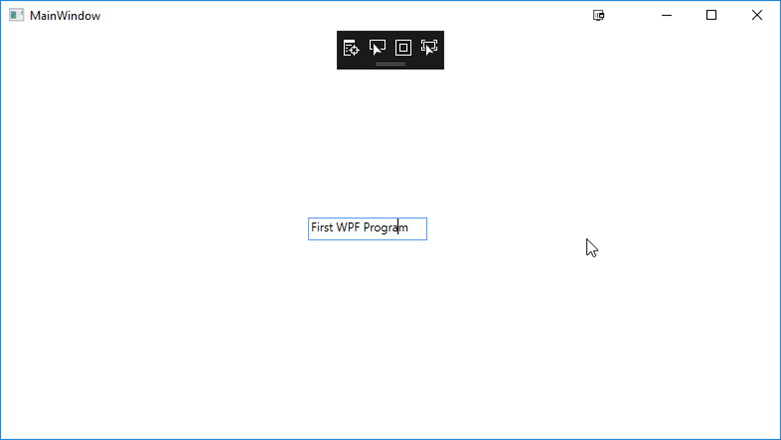 Congratulations! You have designed and created your first WPF application. Next in this WPF for beginners tutorial, we will see the difference between WPF and WinForms.

Type of Applications built with WPF