What is SAP Testing?

SAP Testing is a type of software testing that validates SAP ERP Implementations. At any point when you change or customize SAP software, test cases need to be created to check the new functionality. You must also test the SAP system after implementing any maintenance release notes. SAP testing can also involve – Performance Testing. (to check the speed of sap applications) & web testing (for SAP web portals).

The basic idea behind introducing SAP (System Applications and Products) was to provide the customers the ability to interact with common corporate databases for a comprehensive range of applications. SAP is an integrated ERP (Enterprise Resource Planning) to make business process work efficiently.

How SAP Testing is better choice than testing other Domains?

While testing any AUT ,

As with any IT company , you move from one project to another in due course of time. All the hardwork you did to understand the functionality of AUT is obsolete in the new project. This is typically true if you are switching projects across domains say telecom to healthcare.

In case of SAP, the functional knowledge you acquire is portable and can be used in other projects. Suppose you are switching jobs. In your old company you were testing billing software for Vodafone. What is the likely hood that the same project is available in your new company ? Next to Zero.

Now consider this case. You are switching from SAP Testing project to another SAP Testing project in new company. You instantly recognize the GUI , Transaction codes, vanilla business workflows which is a huge advantage. You will need to learn the customizations made by the client but still you need a deep knowledge of the software.

The biggest advantage as SAP Tester is that due to the deep functional knowledge you acquire, you can easily become a SAP Functional Consultant!

SAP Consultants are in huge demand & they are almost always on short supply and command premium salaries.

What is meant by SAP implementation?

Consider this scenario. Company A offers 12 annual leaves. Company B offers 20 annual leaves. Salary must be deducted for any employee who uses 13th or 21st annual leave for Company A & B respectively. This information must be configured into the SAP system which is nothing but SAP implementation and configuration.

The SAP vanilla version is powerful but not much useful until it’s customized and configured as per the business policies, legal stipulations, & technical requirements of a company. This process is called SAP implementation. It could typically take a few months to even years.

What is SAP customization?

SAP by far has the highest collection of Business Process. But sometimes your internal company processed many not be accurately mapped using the readily available SAP business transactions.

In such cases custom code is created using ABAP. It involves code changing to create functionality that is not available through configuration. This is nothing but customizations. SAP customization can also be done to generate custom reports, programs, or enhancements.

What is maintenance of SAP software?

How to Do End to End SAP Testing?

There are multitude of methodology that can used for SAP implementation

Whatever the lifecycle you may be working, there are three main testing phases you will be involved in 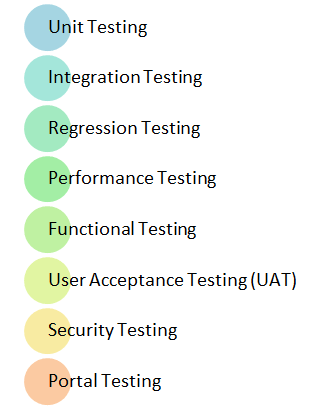 For SAP applications the common testing performed are:

This part of testing is mostly taken care by the developers based on their defined Unit Testing rules as per the organizations. This is sometimes done by the skilful white box testers. The test is done in the development box. This is the testing of interfaces, conversions, enhancement, reports, work flows and forms(RICEWF) developed primarily with ABAP code. Testing of development object includes testing for security authorization, ,data transfer rules, reconciliations and batch scheduling jobs. BW (Business Warehouse) testing is also part of the development tests.

It is the testing of combined components of a SAP application to determine if they function together correctly. It is typically done in the QA environment and uses realistic test data.

It is testing SAP applications to ensure that they will perform well under expected workload. Performance Testing encompasses load , volume & Stress Testing to determine system bottlenecks. The aim of this testing is to enhance robustness of SAP applications and helps deploy systems that can sustain high load forecast, with zero post production performance issues. The testing includes checking business processes that may cause stress, due to high transaction or batch volumes. It is usually executed using automated tools & involves collaboration of basis, database, infrastructure and test teams to monitor test results.

Functional Testing ensures that your implementation of SAP meets your business requirements. SAP is highly configurable system and could be easily integrated with in-house applications or third party tools. Given this varied configuration and complexity functional testing is a must. Functional testing removes uncertainty over business use cases and brings quality. It includes review of design documents and creating test artifacts including test requirements, Test Scenario and test cases. Functional testing is usually done by the testing team with a background in particular SAP module being tested.

Once functional, system and Regression Testing is completed, UAT ( User Acceptance Testing) is performed. It ensures that the SAP system is usable for the end users of the system. The end users independently execute the user acceptance test cases that includes testing business processes, functions, documentation (operating manuals, cheat sheets) etc. With UAT users can feel comfortable with the new business environment and can take full ownership of the system.

How to create a SAP Test Case

To create an effective test case, you must

Refer this video, for a guideline on how to change SAP Infotype

The test case designed for this is as follows –

SAP is a humungous system with endless variations. Its neither feasible nor cost-effective to check all possible variations and combinations of test parameter inputs in SAP system.

As in above example , a tester could have verified change in Last Name, Date of Birth, Address, Pin Code, City , State, Country, change in permanent , temporary, work address etc.

Testing is a huge challenge for colossal system like SAP. As per recent study by ASUG, Over 86% customers are concerned about risks due to lack of comprehensive testing. 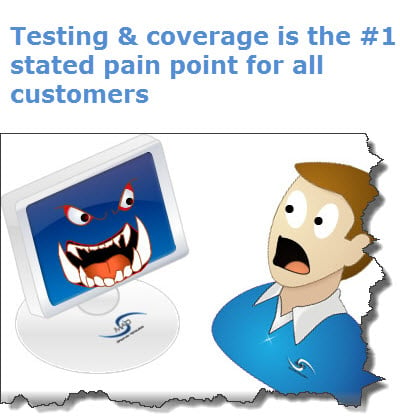 The methodology and approaches are more important than the chosen test tool. When you think about testing SAP application, some tools comes in mind naturally like SAP TAO, eCATT, QTP etc.

testRigor is the newest and the most advanced AI-enhanced tool for functional, regression, end-to-end, and performance tests for SAP. It’s extremely user-friendly since all tests are created in plain English, no code. testRigor can handle complex SAP testing scenarios, and tests are ultra-stable and robust.

testRigor has a record-and-playback functionality built-in, as well as autonomous test generation for new projects. Other aspects worth noting are great documentation and excellent customer support for all paid tiers.

ECATT is used to create and execute functional tests for SAP. ECATT is an in-built tool that comes bundled with SAP with a primary objective of automated testing of SAP business processes.

SAP TAO wraps up QTP and QC where QTP acts as execution engine and test scenarios are created and driven from QC through business components. SAP TAO automates generation of test components for end to end scenarios. SAP TAO and HPQC setup do have some benefits compare to other testing tool there is a huge corporate support for both HP and SAP software products.

Performance testing of SAP applications is done to check its speed, scalability and stability. Performance Testing SAP helps with 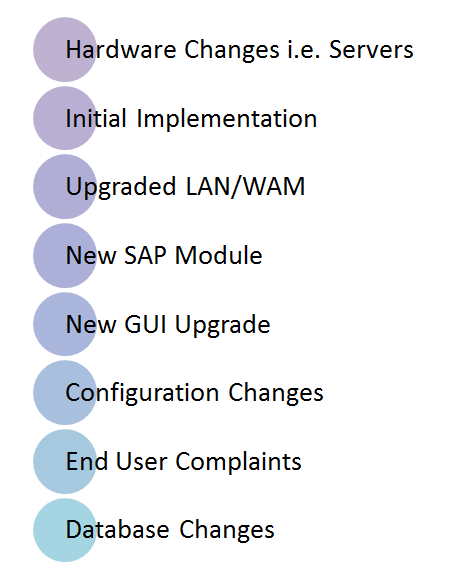