Stress Testing is a type of software testing that verifies stability & reliability of software application. The goal of Stress testing is measuring software on its robustness and error handling capabilities under extremely heavy load conditions and ensuring that software doesn’t crash under crunch situations. It even tests beyond normal operating points and evaluates how software works under extreme conditions.

In Software Engineering, Stress Testing is also known as Endurance Testing. Under Stress Testing, AUT is be stressed for a short period of time to know its withstanding capacity. A most prominent use of stress testing is to determine the limit, at which the system or software or hardware breaks. It also checks whether the system demonstrates effective error management under extreme conditions.

The application under testing will be stressed when 5GB data is copied from the website and pasted in notepad. Notepad is under stress and gives ‘Not Responded’ error message. 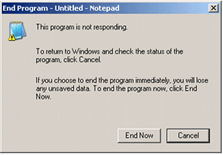 It is imperative to perform Stress Testing to accommodate such abnormal traffic spikes. Failure to accommodate this sudden traffic may result in loss of revenue and repute.

Stress testing is also extremely valuable for the following reasons:

The goal of stress testing is to analyze the behavior of the system after a failure. For stress testing to be successful, a system should display an appropriate error message while it is under extreme conditions.

To conduct Stress Testing, sometimes, massive data sets may be used which may get lost during Stress Testing. Testers should not lose this security-related data while doing stress testing.

The main purpose of stress testing is to make sure that the system recovers after failure which is called as recoverability. 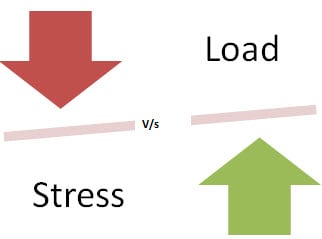 Following are the types of stress testing and are explained as follows: 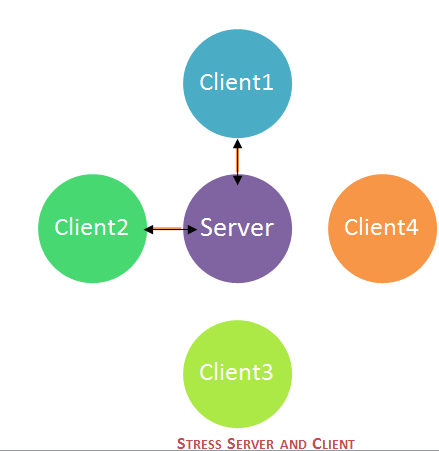 In distributed client-server systems, testing is done across all clients from the server. The role of stress server is to distribute a set of stress tests to all stress clients and track on the status of the client. After the client contacts the server, the server adds the name of the client and starts sending data for testing.

Meanwhile, client machines send signal or heartbeat that it is connected with the server. If the server does not receive any signals from the client machine, it needs to be investigated further for debugging. From the figure, a server can connect with the 2 clients (Client1 and Client2), but it cannot send or receive a signal from Client 3 & 4.

Night run is the best option to run these stress testing scenarios. Large server farms need a more efficient method for determining which computers have had stress failures that need to be investigated.

This testing concentrate on finding defects related to data locking and blocking, network issues and performance bottlenecks in an application.

It does stress testing on one or more transactions between two or more applications. It is used for fine-tuning & optimizing the system.

This is integrated stress testing which can be tested across multiple systems running on the same server. It is used to find defects where one application data blocks another application.

This is one of the types of stress testing which is used to test the system with unusual parameters or conditions that are unlikely to occur in a real scenario. It is used to find defects in unexpected scenarios like

How to do Stress Testing?

Stress Testing process can be done in 5 major steps:

Lastly, you again run the entire cycle to determine that the tweaks have produced the desired results. For example, it’s not unusual to have to 3 to 4 cycles of the Stress Testing process to achieve the performance goals

LoadRunner from HP is a widely-used Load Testing tool. Load Test Results shaped by Loadrunner are considered as a benchmark.

Jmeter is an Open Source testing tool. It is a pure Java application for stress and Performance Testing. Jmeter is intended to cover types of tests like load, functional, stress, etc. It needs JDK 5 or higher to function.

This tool provides extensive analysis of the web application performance, provides results in graphical format, and it is extremely easy to use. No high-level scripting is required and gives a good return on investment.

This is a popular tool available in the market to test the web and Mobile applications. This tool can simulate thousands of users in order to evaluate the application performance under load and analyze the response times. It also supports Cloud-integrated – performance, load and stress testing. It is easy to use, cost-effective and provides good scalability.

Metrics help in evaluating a System’s performance and generally studied at the end of Stress Test. Commonly used metrics are –

Stress testing’s objective is to check the system under extreme conditions. It monitors system resources such as Memory, processor, network etc., and checks the ability of the system to recover back to normal status. It checks whether the system displays appropriate error messages while under stress.