Skip to content
Performance Testing Tools help in the process of determining the speed, effectiveness, reliability, scalability and interoperability of the system, computer, network, program or application.

Below is a hand-picked list of Best Load Testing Tools. The list contains both open-source(free) and commercial load testing tools(paid) with latest features and download links.

WebLOAD is based on a flexible platform with built in support for hundreds of technologies and integration with many tools from CI/CD pipelines to monitoring.

Kobiton offers flexible real device access options that include a public cloud, private cloud, and on-premises. With Kobiton’s Performance Testing capabilities, users can integrate real device testing with Load and Stress testing solutions. This can be done manually, with automation via script-based solutions like Appium, and using Kobiton’s AI-driven scriptless engine. With Kobiton, you have a platform solution that allows for insight into app and device-specific performance metrics that easily integrates with solutions like NeoLoad or JMeter. 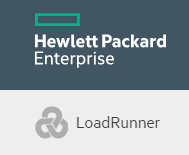 This is an enterprise performance testing version of Loadrunner and a platform enabled both global standardization and formation Performance CoE.

All protocols are supported by Load Runner load test tool

Silk Performer tool is an enterprise class load and stress testing tool and has the ability to test multiple application environments with the thousands of concurrent users. It is one of the best load testing tools which supports the widest range of protocols.

There are many good load and stress test features in Silkperformer and those are listed as follows:

Rational Performance Tester(RPT) is a performance and load testing tool developed by IBM Corporation. It is performance test creation, execution, and analysis tool that helps development team to validate the scalability and reliability of web based applications before deployment into production.

There are good features which gives confidence to the users that all performance related bottlenecks are resolved. Following are some of the features of this tool:

SmartMeter.io is an alternative to JMeter and aims to fix its drawbacks. It is one of the best load testing tools that allows for easy scriptless test scenario creation using the so-called Recorder, yet still lets you make advanced edits of the test. It also excels in test reporting and makes use of functions such as automatic test criteria evaluation, test runs comparison and trend analysis. It fully supports CI/CD integration. Available for Windows, Mac OS, and Linux.

❓ What is Performance Testing?

Performance Testing checks the speed, response time, reliability, resource usage, scalability of a software program under their expected workload. The purpose of Performance Testing is not to find functional defects but to eliminate performance bottlenecks in the software or device

✅ Which are the Best Performance Testing Tools?

Here are some of the Best Performance Testing Tools:

❗ What is Load Testing?

Load Testing determines a system’s performance under a specific expected load. This purpose of Load Test is to determine how the application behaves when multiple users access it simultaneously.

⚡ Which factors should you consider while selecting a Load/Performance Testing Tool?

You should consider the following factors before selecting a tool