1) Explain what DevOps is?

It is a newly emerging term in the IT field, which is nothing but a practice that emphasizes the collaboration and communication of both software developers and deployment(operations) team. It focuses on delivering software product faster and lowering the failure rate of releases.

2) Mention what the key aspects or principle behind DevOps are?

The key aspects or principle behind DevOps is

3) What are the core operations of DevOps with application development and with infrastructure?

The core operations of DevOps are

4) Explain how “Infrastructure code” is processed or executed in AWS?

5) Explain which scripting language is most important for a DevOps engineer?

A simpler scripting language will be better for a DevOps engineer. Python seems to be very popular. 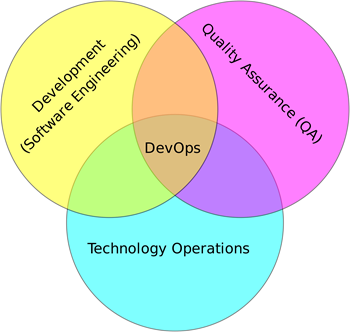 6) Explain how DevOps is helpful to developers?

DevOps can be helpful to developers to fix the bug and implement new features quickly. It also helps for clearer communication between the team members.

Some of the popular tools for DevOps are

8) Mention at what instance have you used the SSH?

I have used SSH to log into a remote machine and work on the command line. Beside this, I have also used it to tunnel into the system in order to facilitate secure encrypted communications between two untrusted hosts over an insecure network.

9) Explain how you would handle revision (version) control?

My approach to handling revision control would be to post the code on SourceForge or GitHub so everyone can view it. Also, I will post the checklist from the last revision to make sure that any unsolved issues are resolved.

10) What are the types of Http requests?

The types of Http requests are

11) Explain what you would check If a Linux-build-server suddenly starts getting slow?

If a Linux-build-server suddenly starts getting slow, you will check for the following three things

12) What are the key components of DevOps?

The most important components of DevOps are:

14) Give some benefits of using Version Control system

Git bisect helps you to find the commit which introduced a bug using binary search.

A build is a method in which the source code is put together to check whether it works as a single unit. In the build creation process, the source code will undergo compilation, inspection, testing, and deployment.

Puppet is a useful project management tool. It helps you to automate administration tasks.

Two-factor authentication is a security method in which the user provides two ways of identification from separate categories.

A canary release is a pattern which reduces the risk of introducing a new version software into the production environment. It is done by making it available in a controlled manner to a subset of the user. Before making it available to the complete user set.

20) What types of testing is important to ensure that new service is ready for production?

You need to conduct continuous testing to ensure that the new service is ready for production.

A vagrant is a tool which can create and manage virtualized environments for testing and developing software.

Pointer record which is also known as (PTR) is used for reverse DNS lookup.

It is a powerful automation platform which transforms infrastructure into code. In this tool, you can use write scripts that are used to automate processes.

24) What are the prerequisites for the implementation of DevOps?

Following are the useful prerequisites for DevOps Implementation:

25) Name some best practices which should be followed for DevOps success.

SubGit helps you to migrate SVN to Git. It also allows you to build a writable Git mirror of a local or remote Subversion repository.

Some most prominent network monitoring tools are:

28) Whether your video card can run Unity how would you know?

When you use a command

it will give detailed output about Unity’s requirements, and if they are met, then your video card can run unity.

29) Explain how to enable startup sound in Ubuntu?

You can also open it with shortcut key Ctrl+Alt+T.

30) What is the quickest way to open an Ubuntu terminal in a particular directory?

To open an Ubuntu terminal in a particular directory, you can use custom keyboard short cut.

To do that, in the command field of a new custom keyboard, type genome – terminal – – working – directory = /path/to/dir.

31) Explain how you can get the current color of the current screen on the Ubuntu desktop?

You can open the background image in The Gimp (image editor) and then use the dropper tool to select the color on a specific point. It gives you the RGB value of the color at that point.

32) Explain how you create launchers on a desktop in Ubuntu?

To create launchers on a desktop in Ubuntu you can use

ALT+F2 then type ” gnome-desktop-item-edit –create-new~/desktop,” it will launch the old GUI dialog and create a launcher on your desktop

33) Explain what Memcached is?

Memcached is a free and open source, high-performance, distributed memory object caching system. The primary objective of Memcached is to enhance the response time for data that can otherwise be recovered or constructed from some other source or database. It is used to avoid the need to operate SQL database or another source repetitively to fetch data for a concurrent request.

Memcached can be used for

Drawback of Memcached is

34) Mention some important features of Memcached?

35) Explain whether it is possible to share a single instance of a Memcache between multiple projects?

Yes, it is possible to share a single instance of Memcache between multiple projects. Memcache is a memory store space, and you can run memcache on one or more servers. You can also configure your client to speak to a particular set of instances. So, you can run two different Memcache processes on the same host and yet they are completely independent. Unless, if you have partitioned your data, then it becomes necessary to know from which instance to get the data from or to put into.

36) You are having multiple Memcache servers, in which one of the memcache servers fails, and it has your data, will it ever try to get key data from that one failed server?

The data in the failed server won’t get removed, but there is a provision for auto-failure, which you can configure for multiple nodes. Fail-over can be triggered during any socket or Memcached server level errors and not during standard client errors like adding an existing key, etc.

37) Explain how you can minimize the Memcached server outages?

38) Explain how you can update Memcached when data changes?

When data changes you can update Memcached by

39) Explain what Dogpile effect is? How can you prevent this effect?

Dogpile effect is referred to the event when a cache expires, and websites are hit by the multiple requests made by the client at the same time. This effect can be prevented by using a semaphore lock. In this system when value expires, the first process acquires the lock and starts generating new value.

40) Explain how Memcached should not be used?

41) When a server gets shut down does data stored in Memcached is still available?

42) Mention what the difference between Memcache and Memcached?

Blue/Green coloring pattern addresses the most important challenges faced during the automatic deployment process. In Blue/ Green Deployment approach, you need to ensure two identical production environment. However, only one among them is LIVE at any given point of time. The LIVE environment is called Blue environment.

44) What are the containers?

Containers are from of lightweight virtualization. They offer isolation among processes.

45) What is post mortem meeting with reference to DevOps?

Post mortem meeting is done to discuss what went wrong and what steps you need to take in order to avoid failures.

46) What is the easiest method to build a small cloud?

VMfres is one of the most effective options for making IaaS cloud from Virtual Box VMs in no time. However, if you want lightweight PaaS, then Dokku is a good option because bash script can be PaaS out of Dokku containers.

47) Name two tools which are used for docker networking.

For docker networking, you can use Kubernetes and Docker swarm.

48)Name some of the areas where DevOps are Implemented

DevOps are used for Production, IT operations, production feedback, and its software development.

CBD or Component-Based Development is a unique way to approach product development. In this method, developers always look for existing well defined, tested, and verified components to compose and assemble them to a product instead of developing from scratch.

Pair programming is an engineering practice of Extreme Programming Rules. In this method, two programmers work on the same system, on the same design/algorithm/code.

One programmer act as a “driver.” Other acts as an “observer” who continuously monitor the progress of a project to identify problems. The roles can be reversed at any point of time without any prior intimation.

Test that ensures recovery without data and functionality loss after a failure is called Resiliency tests.

Three most common DevOps KPIs are: