As a tester, you may think that ‘Designing Test cases is challenging enough, then why bother about something as trivial as Test Data’. The purpose of this tutorial is to introduce you to Test Data, its importance and give practical tips and tricks to generate test data quickly. So, let’s Begin!

What is Test Data in Software Testing?

Test Data in Software Testing is the input given to a software program during test execution. It represents data that affects or affected by software execution while testing. Test data is used for both positive testing to verify that functions produce expected results for given inputs and for negative testing to test software ability to handle unusual, exceptional or unexpected inputs.

Poorly designed testing data may not test all possible test scenarios which will hamper the quality of the software. 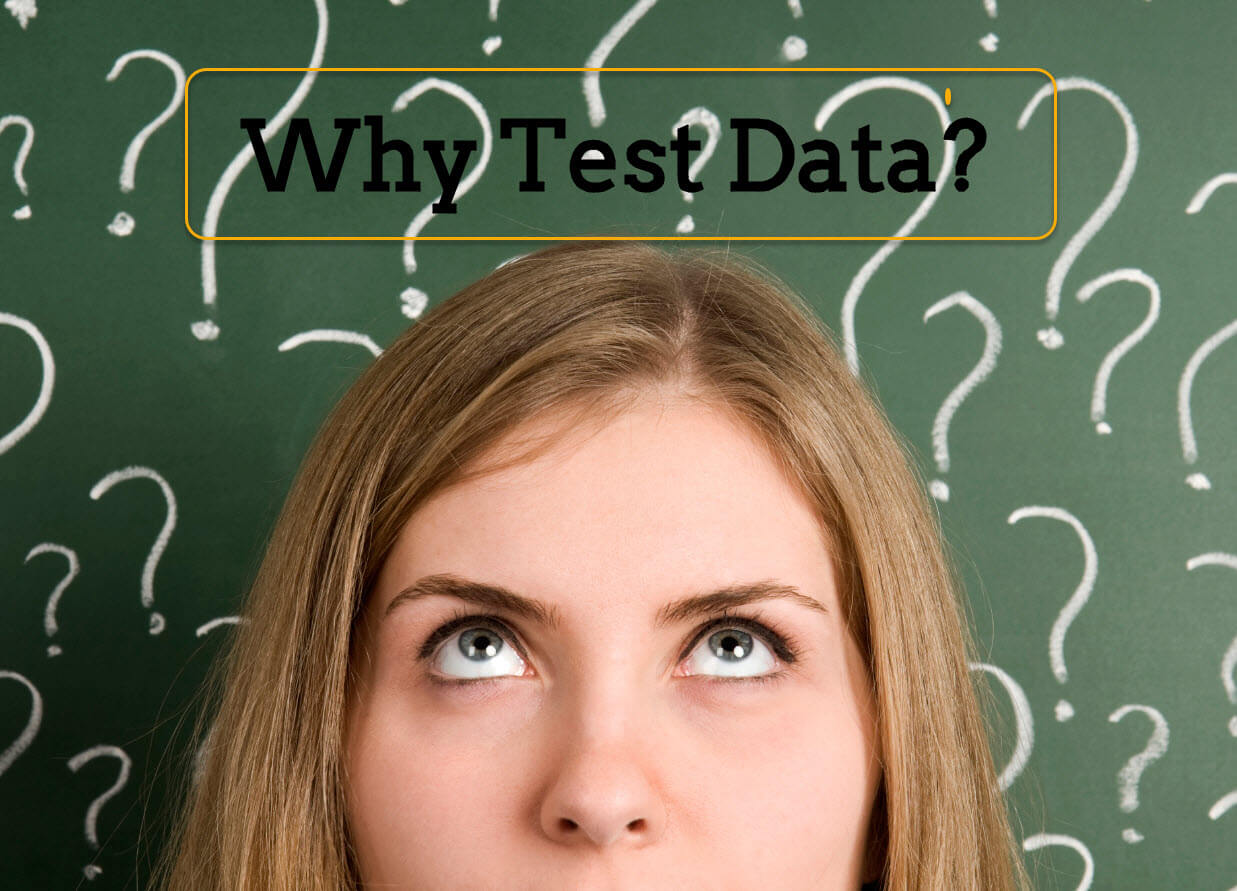 What is Test Data Generation? Why test data should be created before test execution?

Everybody knows that testing is a process that produces and consumes large amounts of data. Data used in testing describes the initial conditions for a test and represents the medium through which the tester influences the software. It is a crucial part of most Functional Tests.

Depending on your testing environment you may need to CREATE Test Data (Most of the times) or at least identify a suitable test data for your test cases (is the test data is already created).

Typically test data is created in-sync with the test case it is intended to be used for.

Test Data can be Generated –

Typically sample data should be generated before you begin test execution because it is difficult to handle test data management otherwise. Since in many testing environments creating test data takes multiple pre-steps or very time-consuming test environment configurations. . Also If test data generation is done while you are in test execution phase you may exceed your testing deadline.

Below are described several testing types together with some suggestions regarding their testing data needs.

In White Box Testing, test data Management is derived from direct examination of the code to be tested. Test data may be selected by taking into account the following things:

Performance Testing is the type of testing which is performed in order to determine how fast system responds under a particular workload. The goal of this type of testing is not to find bugs, but to eliminate bottlenecks. An important aspect of Performance Testing is that the set of sample data used must be very close to ‘real’ or ‘live’ data which is used on production. The following question arises: ‘Ok, it’s good to test with real data, but how do I obtain this data?’ The answer is pretty straightforward: from the people who know the best – the customers. They may be able to provide some data they already have or, if they don’t have an existing set of data, they may help you by giving feedback regarding how the real-world data might look like. In case you are in a maintenance testing project you could copy data from the production environment into the testing bed. It is a good practice to anonymize (scramble) sensitive customer data like Social Security Number, Credit Card Numbers, Bank Details etc. while the copy is made.

Security Testing is the process that determines if an information system protects data from malicious intent. The set of data that need to be designed in order to fully test a software security must cover the following topics:

In Black Box Testing the code is not visible to the tester. Your functional test cases can have test data meeting following criteria –

Note: Depending on the software application to be tested, you may use some or all of the above test data creation

In order to generate various sets of data, you can use a gamut of automated test data generation tools. Below are some examples of such tools:

In conclusion, well-designed testing data allows you to identify and correct serious flaws in functionality. Choice of test data selected must be reevaluated in every phase of a multi-phase product development cycle. So, always keep an eye on it.