What is API Testing?

API Testing is a software testing type that validates Application Programming Interfaces (APIs). The purpose of API Testing is to check the functionality, reliability, performance, and security of the programming interfaces. In API Testing, instead of using standard user inputs(keyboard) and outputs, you use software to send calls to the API, get output, and note down the system’s response. API tests are very different from GUI Tests and won’t concentrate on the look and feel of an application. It mainly concentrates on the business logic layer of the software architecture.

API automation Testing requires an application that can be interacted via an API. In order to test an API, you will need to

Types of Output of an API

An output of API could be

Any Type of Data

Example: There is an API function that should add two integer numbers.

The numbers have to be given as input parameters. The output should be a summation of two integer numbers. This output needs to be verified with an expected outcome.

Calling needs to be done such as

Exceptions have to be handled if the number is exceeding the integer limit.

Consider the below API function –

They return any value such as True (in case of success) or false (In case of error) as an output.

A more accurate Test Case would be, can call the functions in any of the scripts and later check for changes either in the database or the Application GUI.

Calling of another API / Event

In this case, we call one of the API function which in turn will call another function.

For example – First API function can be used for deleting a specified record in the table and this function, in turn, calls another function to REFRESH the database.

Test cases of API testing are based on

API Testing Approach is a predefined strategy or a method that the QA team will perform in order to conduct the API testing after the build is ready. This testing does not include the source code. The API testing approach helps to better understand the functionalities, testing techniques, input parameters and the execution of test cases.

The following points helps the user to do an API Testing approach: 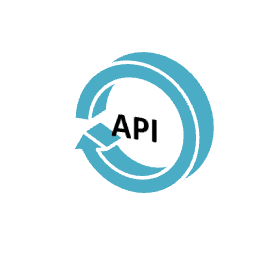 How to Test API

How to do API Test Automation

ReadyAPI is a leading tool for functional, security, and load testing of RESTful, SOAP, GraphQL, and other web services. In one intuitive platform, you will get three powerful tools: ReadyAPI Test, ReadyAPI Performance, and ReadyAPI Virtualization. With these tools you can perform functional, security, and performance/load testing. You can also mock API & web services with our robust virtualization tool. Additionally, you can easily integrate your CI/CD pipeline during every build.

Besides, there are other tools for API testing. Check them here

API consists of a set of classes/functions/procedures representing the business logic layer. If API is not tested properly, it may cause problems not only in the API application but also in the calling application. It is an indispensable test in software engineering.