What is Component Testing?

Generally, any software as a whole is made of several components. Component Level Testing deals with testing these components individually.

It’s one of most frequent black box testing types which is performed by QA Team.

As per the below diagram, there will be a test strategy and test plan for component testing. Where each and every part of the software or application is considered individually. For each of this component a Test Scenario will be defined, which will be further brought down into a High Level Test Cases -> Low Level detailed Test Cases with Prerequisites. 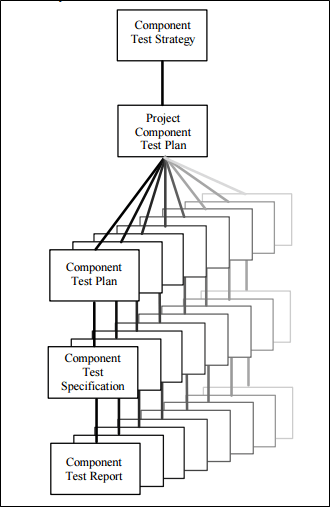 The usage of the term “Component Testing” varies from domain to domain and organization to organization.

The most common reason for different perception of Component testing are

As we know Software Test Life Cycle Architecture has lots many test-artifacts (Documents made, used during testing activities). Among many tests – artifacts, it’s the Test Policy & Test Strategy which defines the types of testing, depth of testing to be performed in a given project.

Who does Component Testing

When to perform Component testing

Component testing is performed soon after the Unit Testing is done by the developers and the build is released for the testing team. This build is referred as UT build (Unit Testing Build). Major functionality of all the components are tested in this phase,

Based on depth of testing levels, Component testing can be categorized as

Example 1: Consider a website which has 5 different web pages then testing each webpage separately & with the isolation of other components is referred as Component testing in Small.

Similarly, any software is made of many components and also, every component will have its own subcomponents. Testing each modules mentioned in example 2 separately without considering integration with other components is referred as Component Testing in Small.

Click on Testing Drop Down menu as per the below snap show and see various “subcomponents” of Testing component. So the sub-components displayed are Manual Testing, SOAPUI, QTP, JUnit, Selenium, Test Management, Selenium, Mobile Testing, etc.

Note: The sub-component are mentioned with red highlighted color in the below snapshot.

Component testing done without isolation of other components in the software or application under test is referred as Component Testing Large.

Let’s take an example to understand it in a better way. Suppose there is an application consisting of three components say Component A, Component B, and Component C.

Functionality Flow: A -> B -> C which means there is a dependency to B from both A & C, as per the diagram stub is the called function, and the driver is the calling function.

Consider 2 webpages as per the diagrams mentioned below, Here both the web page are interrelated to each other from a functionality point of view.

When the user entered valid user-id and password in the text field and click on submit button, the web page will be navigating to the home page of guru99 demo bank website. 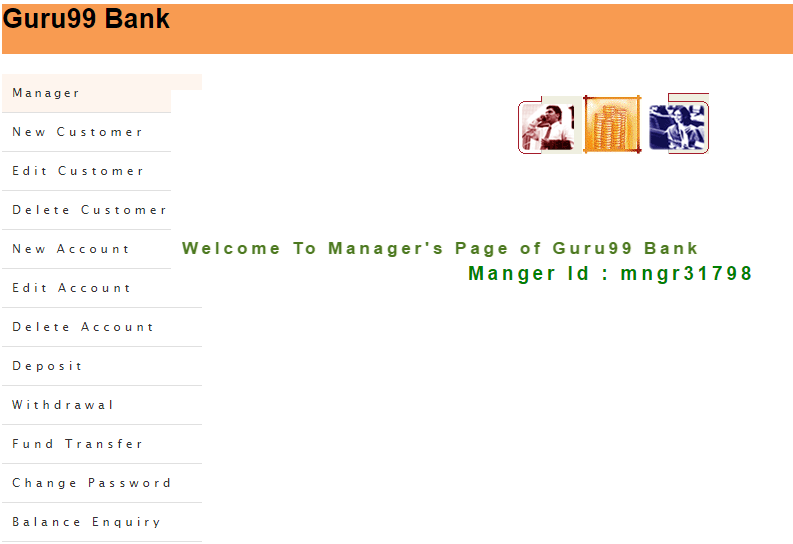 So here login page is one component, and the home page is another. Now testing the functionality of individual pages separately is called component testing.

In Software Engineering, Component testing plays a crucial role in finding the bugs. Before we start with the Integration Testing, it’s always recommended to perform the component testing in order to ensure that each component of an application is working effectively.