First, Java code is compiled into bytecode. This bytecode gets interpreted on different machines

Between host system and Java source, Bytecode is an intermediary language.

JVM in Java is responsible for allocating memory space.

In this JVM tutorial, you will learn-

All the Objects, their related instance variables, and arrays are stored in the heap. This memory is common and shared across multiple threads.

Java language Stacks store local variables, and it’s partial results. Each thread has its own JVM stack, created simultaneously as the thread is created. A new frame is created whenever a method is invoked, and it is deleted when method invocation process is complete.

PC register store the address of the Java virtual machine instruction which is currently executing. In Java, each thread has its separate PC register.

Native method stacks hold the instruction of native code depends on the native library. It is written in another language instead of Java.

It is a type of software used to test hardware, software, or complete systems. The test execution engine never carries any information about the tested product.

The Native Method Interface is a programming framework. It allows Java code which is running in a JVM to call by libraries and native applications.

In order to write and execute a software program, you need the following

1) Editor – To type your program into, a notepad could be used for this

3) Linker – To combine different program files reference in your main program together.

4) Loader – To load the files from your secondary storage device like Hard Disk, Flash Drive, CD into RAM for execution. The loading is automatically done when you execute your code.

5) Execution – Actual execution of the code which is handled by your OS & processor.

With this background, refer the following video & learn the JVM internal working and architecture of JVM (Java Virtual Machine).

Suppose in the main, you have called two function f1 and f2. The main function is stored in file a1.c. 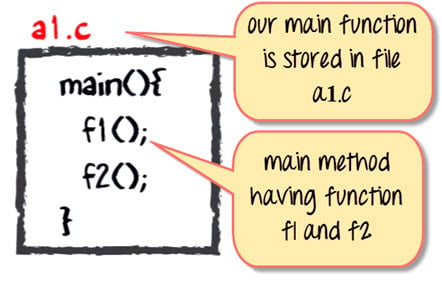 Function f1 is stored in a file a2.c 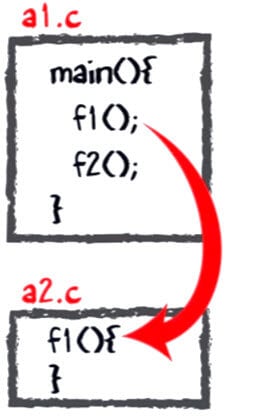 Function f2 is stored in a file a3.c

All these files, i.e., a1.c, a2.c, and a3.c, is fed to the compiler. Whose output is the corresponding object files which are the machine code. 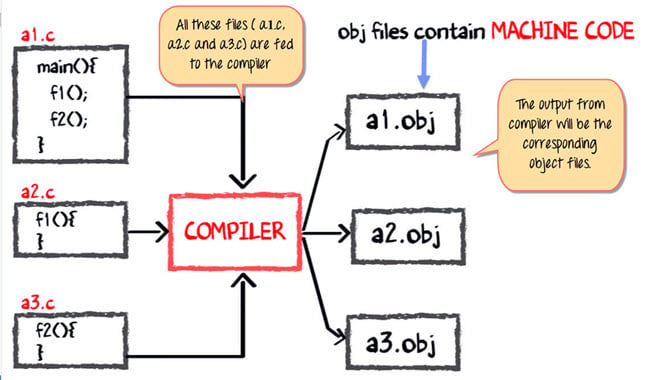 The next step is integrating all these object files into a single .exe file with the help of linker. The linker will club all these files together and produces the .exe file.

During program run, a loader program will load a.exe into the RAM for the execution. 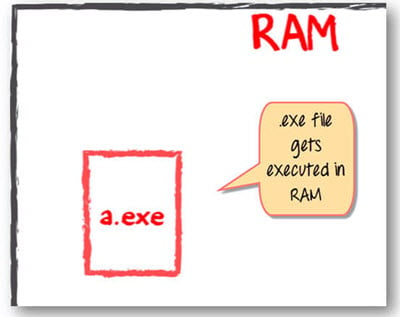 Now in this JVM tutorial, let’s look at the process for JAVA. In your main, you have two methods f1 and f2. 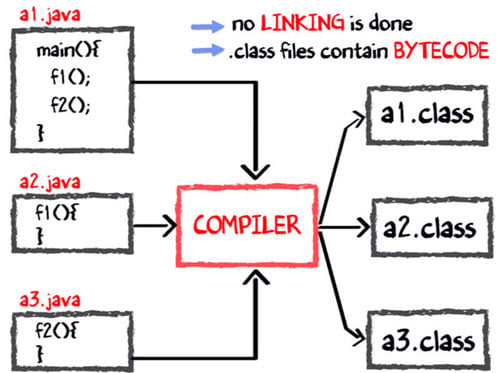 The compiler will compile the three files and produces 3 corresponding .class file which consists of BYTE code. Unlike C, no linking is done.

The Java VM or Java Virtual Machine resides on the RAM. During execution, using the class loader the class files are brought on the RAM. The BYTE code is verified for any security breaches. 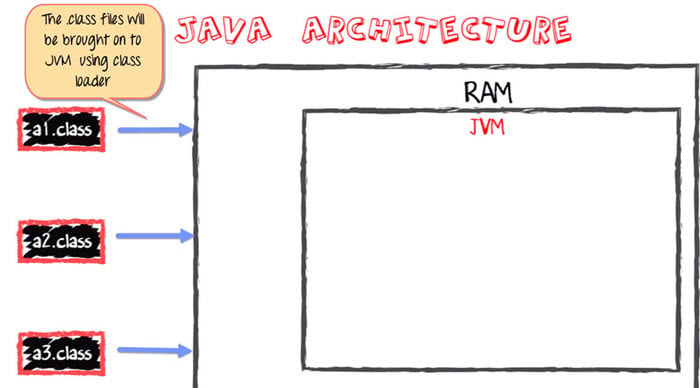 Next, the execution engine will convert the Bytecode into Native machine code. This is just in time compiling. It is one of the main reason why Java is comparatively slow. 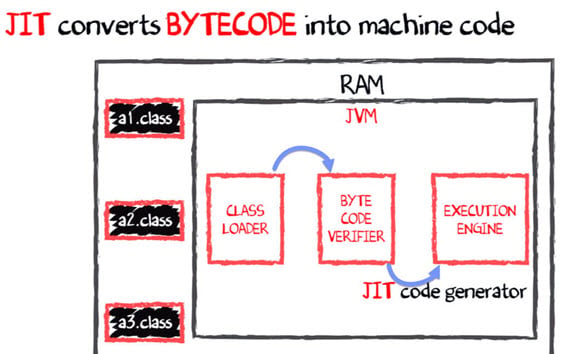 NOTE: JIT or Just-in-time compiler is the part of the Java Virtual Machine (JVM). It interprets part of the Byte Code that has similar functionality at the same time.

Why is Java both Interpreted and Compiled Language?

Programming languages are classified as

A compiler is a program which converts a program from one level of language to another. Example conversion of C++ program into machine code.

The java compiler converts high-level java code into bytecode (which is also a type of machine code).

An interpreter is a program which converts a program at one level to another programming language at the same level. Example conversion of Java program into C++

In Java, the Just In Time Code generator converts the bytecode into the native machine code which are at the same programming levels.

Hence, Java is both compiled as well as interpreted language.

Why is Java slow?

The two main reasons behind the slowness of Java are

However, the latest version of Java has addressed the performance bottlenecks to a great extent.