Information plays a vital role in the running of business, organizations, military operations, etc. Information in the wrong hands can lead to loss of business or catastrophic results. To secure communication, a business can use cryptology to cipher information. Cryptology involves transforming information into the Nonhuman readable format and vice versa.

In this Cryptography and Network Security tutorial, we will introduce you to the world of cryptology and how you can secure information from falling into the wrong hands.

Cryptography is the study and application of techniques that hide the real meaning of information by transforming it into nonhuman readable formats and vice versa.

Let’s illustrate this with the aid of an example. Suppose you want to send the message “I LOVE APPLES”, you can replace every letter in the phrase with the third successive letter in the alphabet. The encrypted message will be “K NQXG CRRNGU”. To decrypt our message, we will have to go back three letters in the alphabet using the letter that we want to decrypt. The image below shows how the transformation is done.

The process of transforming information into nonhuman readable form is called encryption.

The process of reversing encryption is called decryption.

Decryption is done using a secret key which is only known to the legitimate recipients of the information. The key is used to decrypt the hidden messages. This makes the communication secure because even if the attacker manages to get the information, it will not make sense to them.

The encrypted information is known as a cipher. Next in this Cryptography tutorial, we will learn what is cryptanalysis.

Cryptanalysis is the art of trying to decrypt the encrypted messages without using the key that was used to encrypt the messages. Cryptanalysis uses mathematical analysis and algorithms to decipher the ciphers. It is used to breach security systems to gain access to encrypted content and messages even the cryptographic key is unknown.

The success of cryptanalysis attacks depends

The following is a list of the commonly used Cryptanalysis attacks;

Cryptology combines the techniques of cryptography and cryptanalysis.

MD5– this is the acronym for Message-Digest 5. It is used to create 128-bit hash values. Theoretically, hashes cannot be reversed into the original plain text. MD5 is used to encrypt passwords as well as check data integrity. MD5 is not collision resistant. Collision resistance is the difficulties in finding two values that produce the same hash values.

Now in this Cryptography tutorials series, we will learn how to crack RC4 and create a cipher using CrypTool.

Hacking Activity: How to create a Cipher using CrypTool

In this practical Cryptool tutorial, we will create a simple cipher using the RC4 brute force tool. We will then attempt to decrypt it using brute-force attack. For this exercise, let us assume that we know the encryption secret key is 24 bits. We will use this information to break the cipher.

We will use CrypTool 1 as our cryptology tool. CrypTool 1 is an open source educational tool for crypto logical studies. You can download it from https://www.cryptool.org/en/ct1/

We will encrypt the following phrase 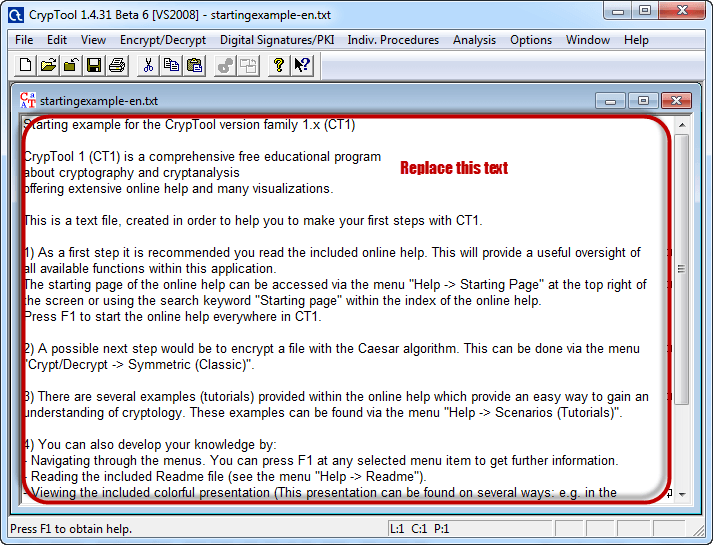 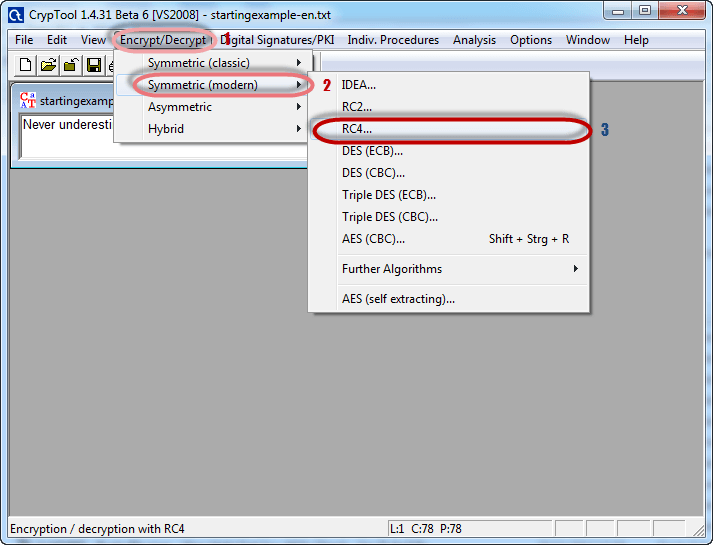 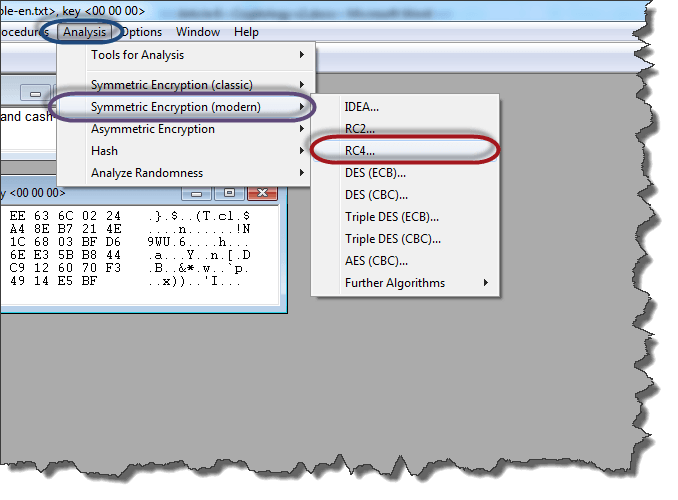 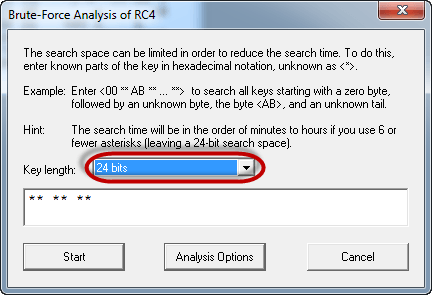 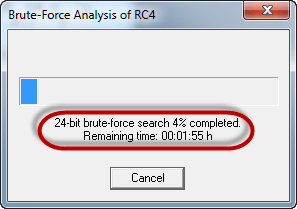 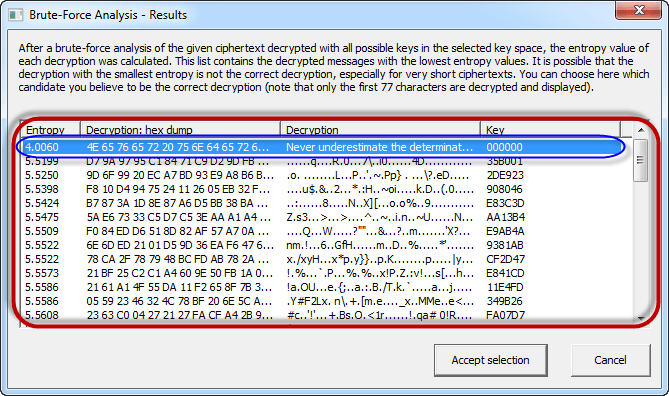