Before, we understand Encryption vs. Decryption let’s first understand-

Cryptography is used to secure and protect data during communication. It is helpful to prevent unauthorized person or group of users from accessing any confidential data. Encryption and decryption are the two essential functionalities of cryptography.

A message sent over the network is transformed into an unrecognizable encrypted message known as data encryption. At the receiving end, the received message is converted to its original form known as decryption.

What is meant By Encryption?

Encryption is a process which transforms the original information into an unrecognizable form. This new form of the message is entirely different from the original message. That’s why a hacker is not able to read the data as senders use an encryption algorithm. Encryption is usually done using key algorithms.

Data is encrypted to make it safe from stealing. However, many known companies also encrypt data to keep their trade secret from their competitors.

What is meant by Decryption?

Decryption is a process of converting encoded/encrypted data in a form that is readable and understood by a human or a computer. This method is performed by un-encrypting the text manually or by using keys used to encrypt the original data.

Why use Encryption and Decryption?

Symmetric-key encryption are algorithms which use the same cryptographic keys for both encryption of plaintext and decryption of ciphertext.

Asymmetric encryption uses 2 pairs of key for encryption. Public key is available to anyone while the secret key is only made available to the receiver of the message. This boots security.

Public key cryptography is an encryption system which is based on two pairs of keys. Public keys are used to encrypt messages for a receiver.

Private key may be part of a public/ private asymmetric key pair. It can be used in asymmetric encryption as you can use the same key to encrypt and decrypt data.

In cryptography, a pre-shared key (PSK) is a shared secret which was earlier shared between the two parties using a secure channel before it is used. 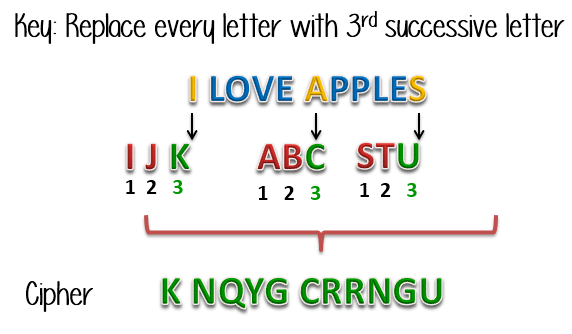 Difference between Encryption and Decryption

Difference between Encryption and Decryption