Stability Testing is a type of non functional software testing performed to measure efficiency and ability of a software application to continuously function over a long period of time. The purpose of Stability testing is checking if the software application crashes or fails over normal use at any point of time by exercising its full range of use.

Stability Testing is done to check the efficiency of a developed product beyond normal operational capacity, often to a breakpoint. There is greater significance is on error handling, software reliability, robustness and scalability of a product under heavy load rather than checking the system behavior under normal circumstances.

Stability testing assesses stability problems. This testing is primarily intended to stress the software component to the maximum. It is a Non-Functional Technique. 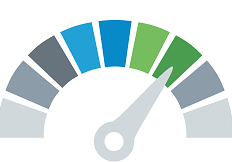 Stability testing is also referred to as a Load or endurance testing.

Risks if System under test has not undergone Stability Test

For an application under test where a large number of users are introduced and applications that have to run for months without restarting, a number of problems are likely to occur:

The possible error can be faced,

In Software Engineering, Stability Testing typically involves exercising the system with heavy users (virtual) and measuring the performance parameters to verify whether the system can support the anticipated load.

Why do Stability Testing

This kind of testing helps users to understand the ways the system will work in real-life situations.

It plays an important role in product development as it is used to determine the limitations of a software product under test before it is released or the areas of more improvement before the product goes live or at Production.

A very common example of Stability testing technique is

Online Shopping Portals: Stability testing will check how the website will behave when –

A CPU test is a popular form of stability test under Performance Testing technique. This test checks for processor stability and also monitors its performance as the processor’s workload is increased.

How to do Stability Testing

Several statistics are gathered and measured during test executions; these numbers are analyzed in order to generate a report and to identify possible performance problems.

Examples of statistics collected under test are:

Stability Testing comes under Performance Testing –a technique that is performed to check some of the quality attributes of Software like stability, reliability, and availability.

This testing is used to determine how fast a system or sub-system performs under a particular workload.

Performance Testing has many types and stability testing is one of them.

Some of the tools for Performance Testing are as –

Stability testing is a non-functional process of testing the behavior of the application by applying maximum load. It is performed to find out the scalability of the system in a given environment.