Soak Testing is a type of non functional testing that is used to measure performance of a software application under a huge volume of load for an extended period of time. The goal of Soak testing is to ensure whether the software application sustains high volume of usage and to check what would happen outside its design expectations.

The image below depicts a testing cycle that shows at which stage the Soak Testing (Type of Performance Test) is performed on an application. 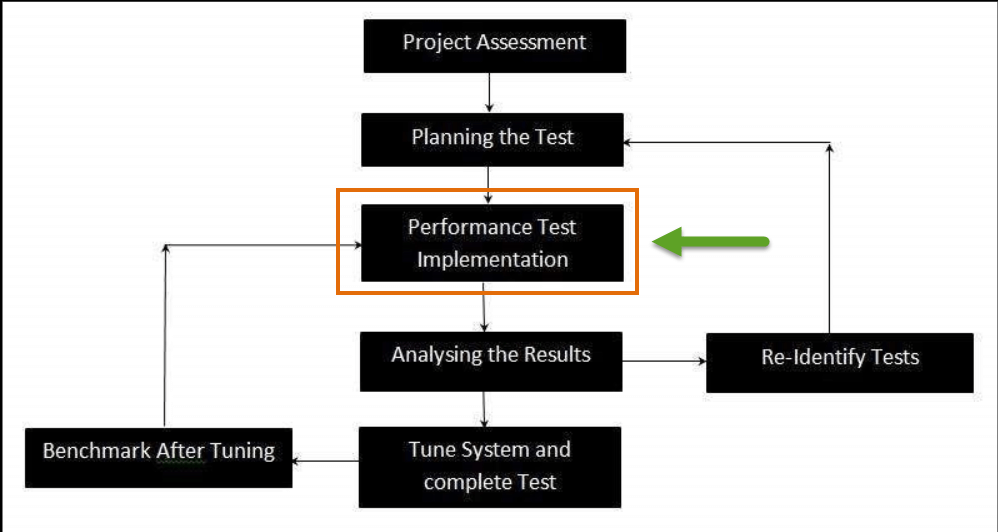 In this type of testing, what basically monitored is the memory utilization by an application in a system. It is testing at a system level, to find whether the system will stand up to a very high volume of usage and to see what would happen outside its design expectations.

Why do Soak Testing?

A system may behave normally when used for 2 hours, but when the same system is used continuously for 10 hours or more than that then it may fail or behave abnormally/randomly/it may crash. To predict such failure Soak Testing is performed.

When to do Soak Testing?

Soak Testing should be done in the following scenarios: –

Long Session Soak Testing is a strategy where a system is under load for a longer time.

Under Long Session Soak Testing, multiple day’s (say 30 days) activities are performed in a restrained time frame (say 2 days). The number of transaction in this restrained timeframe should match or surpass multiple days’ worth of transactions. The focus should be on the number of transactions processed. The most important part of Soak Testing is to check the available memory in the CPU and the amount of the memory that will be in usage. We need to record the memory usage at the start and the end of a soak test. If necessary, then the memory usage of facilities such as Java Virtual Machines are also important and needs to be monitored.

Below are few more checks that need to be done by any user/tester before they begin with Soak Testing:

a) Monitor the database resource consumption.

A standard Soak Testing Method should have the following characteristics: –