For any mobile app, performance is very critical. If your Mobile App does not perform well, the end user will uninstall your app find another application that performs better.

Your Mobile application needs to be tested thoroughly before releasing it to end user.

Application performance on a mobile phone or any smart device is usually measured in following three categories. 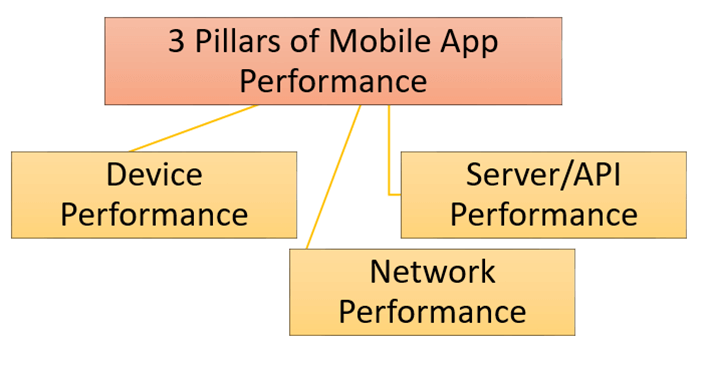 When the client experiences slow app, they get annoyed.

For device performance, you will check following –

When the app is interacting with the server via API, the response time becomes critical to performance. For Server performance, you will check –

The performance of the app on different networks and network properties need to be measured.

For Network performance, you will check following things.

After discovering the issues/problems while Performance Testing. It is time to trace and correct faults.

Problem 1) Lag or sluggish response of the Mobile App.

The cause of this delay may be the RAM, Cache, etc.

You need to kill unnecessary processes or clear the cache. Troubleshooting the connectivity issue may solve some of the problems that are creating lags

It may be fixed by some of the following steps

Mobile app testing tools vary according to the devices or mobile OS. Some common mobile app Performance Testing tools are

To configure Test Environment, you need to-

Testing the performance of the mobile apps is an important measure before release. Performance Testing is done to check