Nowadays, Automated tools are a must for any Mobile app testing. Properly organized automated Testing can reduce the time needed for the testing process and the chances of human errors during test execution.

There are innumerable Mobile Automation Testing tools available. Some of them are free while some are expensive. Some of these automation tools were created long ago; while some have just made it into the market. Each tool is unique and possesses certain characteristics.

A Broad range of automation tools makes it difficult to select the best one for a project and often tester's end up with tools that do not conform to project requirements.

Here is the list of top Mobile App Testing Tools-

TestProject is the world's first free cloud-based, a community-powered test automation platform that enables users to test Web, Android and iOS applications on all operating systems, effortlessly. Easily collaborate with your team using Selenium and Appium to ensure quality with speed. Use advanced built-in recording capabilities, create and use addons (automation actions shared by the entire community), or develop coded tests using TestProject's powerful SDK, all completely for FREE!

With Appium Studio, you can perform end-to-end Appium or Selenium test automation directly from within your IDE.

HeadSpin provides real-world, actionable user experience insights for businesses to improve mobile performance. HeadSpin prepares you for the increasing challenges in dealing with customer experiences across the complex mobile ecosystem by providing detailed visibility into performance and user experience issues across every layer of the mobile stack - from client to server.

Solve your Mobile test automation challenges with Squish for iOS and Squish for Android. Squish features dedicated support for automated testing of native Mobile Apps, mobile Web Apps as well as a mixture of both.

Due to Squish’s unique and stable object identification methods, Squish tests can run on mobile device emulators and different real devices without any changes. Unlike many other test tools, Squish does not require you to jailbreak or root the device. Instead, you can get started with automated GUI testing of your mobile Apps right away!

Appium is an open source, and a cross platform test automation tool for the hybrid and native iOS, it supports Android versions from 2.3 onwards. Appium works like a server running in the background like selenium server.

It supports many programming languages, such as Java, Ruby, C# and other which are in the WebDriver library. Appium utilizes WebDriver interface for tests running

Appium automates Android using the UIAutomator library, which is given by Google as part of the Android SDK. On mobile devices, it can control Safari and Chrome. It can be synchronized with testing framework TestNG. In this case, UI Automator can produce informative and detailed reports, similar to reports generated by Ranorex

It is a free Android UI testing tool, with Robotium it is easy to write powerful automatic black box test cases for Android applications. So, there is no need for further information about the Android app's structure or implemented classes. All they require is the name of the main class and the path that links to it. It supports Android 1.6 version and above. Tests in Robotium are written in Java. In fact, Robotium is a library for unit tests.

But it takes a lot of effort and time to prepare tests by means of Robotium, as one must work with the program source code in order to automate tests. The tool is less suitable for interaction with system software; it cannot lock and unlock a smartphone or a tablet. There is no play or record function in Robotium, and it does not provide screenshots.

Selendroid is a test automation framework that drives off the UI of Android native and hybrid applications (apps) and the mobile web. Using the Selenium 2 client API tests are written.

Selendroid comes with a useful tool known as Selenium Inspector. It allows you to inspect the current state of your app's UI.

Monkeyrunner tool provides an API for writing programs that control an Android device or emulator from outside of Android code. This tool comes after robotium in respect to performance. The tests are written in Python, for creating tests one may use a recording tool.

The only set-backs of MonkeyRunner is that it is necessary to write scripts for each device and the tests require adjustments each time when user interface of the tested program is changed.

Calabash consists of libraries that allow test-code to programmatically interact with native and hybrid apps.

It is a lightweight UI based automation tool. It is a tool that uses a combination of Cucumber and JSON commands. It is described as the Selenium for native iOS app and some of its features include

KIF is objective C based framework and is purely for iOS automated testing. Kif is an automation framework which integrates directly with XCTests. It can be used when business folk are not involved in writing or reading test specs. 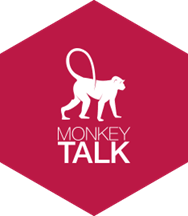 Testdroid is a cloud-based mobile application testing tool that helps developers to save costs behind app development, speed up time to market the product and reduce operational and unpredictable costs. It is the fastest way to test your application against various real Android and iOS devices with different HW platforms, screen resolutions, and OS versions. The price range varies from $499- $4999/ month as per requirement. It is one of the solid mobile game testing platforms for Android and iOS games. It allows remote manual access to over 300 real devices running Android before an app is launched.

All the above tools provide excellent performance and exciting features for Android application testing.

How to pick the best Automation Tool

What is ADB? Using any real device for mobile automation Testing is always been a challenge for...

For any mobile app, performance is very critical. If your Mobile App does not perform well, the...

There is a plethora of Mobile App development tools to create your favorite app. Here is a curated list...

Apache Maven is a Java-based project management tool. It can provide a multitasking framework for...