What is Front End Testing?

For Example: If you enter your name into the frontend of application, numbers should not be accepted. Another example would be checking the alignment of GUI elements.

Apart from this Frontend testing is conducted for:

In this tutorial, we will learn,

Step 1) Find out tools for Managing Your Test Plan

Step 3) Set the timeline for the entire process

Step 4) Decide the entire scope of the project. The scope includes the following items 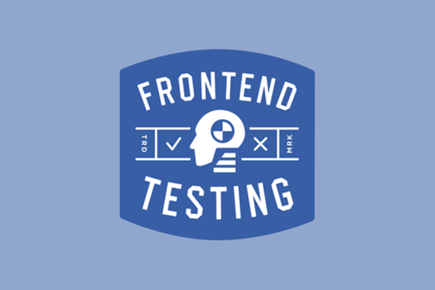 Your project needs to cover. There are innumerable combinations of Browsers and OS that you could test your front end on. Having a plan will help you reduce the testing effort and money.

By creating frontend testing, plan you will get following advantages-

Here are some important tips that you need to follow to create better frontend testing plan:

To conduct, various kinds of functionality there are a bunch of useful Frontend testing tools are used. Here are some of them:

Helping more than 100,000+ users in a year, LambdaTest has turned out to be the most favored Cross Browser Testing platform. Users can perform automated web testing using its scalable, secure, and reliable cloud based Selenium grid on a combination of 2000+ real browsers and browser versions to maximize your test coverage.

It is a is a behavior-driven development framework to test JavaScript code. Th tool focuses more on the business value than on the technical details. It has a clean syntax which helps you to write tests easily. It does not depend on any other JavaScript frameworks. It is heavily influenced by unit testing frameworks, such as JSSpec, ScrewUnit, JSpec, and RSpec.

Selenium is a frontend testing tool. It performs end to end testing across various browsers & platforms like Windows, Mac, and Linux. It allows you to write tests in different programming languages like Java, PHP, C#, etc. The tool offers record and playback features to write tests without a need to learn Selenium IDE.

The needle is a Front testing tool for testing CSS. It checks that visuals elements like font/CSS/images render correctly by taking screenshots of certain portions of your website. After that, the tool compares with some known good screenshots. It also allows testers to calculated CSS values and the position of HTML elements.

Optimizing the front-end performance for a single user is a good practice before testing an application with high user loads.

Why Is Front-End Performance Optimization Important?

Earlier performance optimization meant optimizing server-side. That is because most of the websites were mostly static and most of the processing was done on server side.

However, with the beginning of Web 2.0 technologies, web applications become more dynamic. As a result, client-side code has become a performance hog.

What is the Benefit of Front-End Performance Optimization?

YSlow is a frontend web performance testing tool. It analyzes web page performance by examining all the components on the page, including components created by using JavaScript. It also measures the page’s performance and offers suggestions to the users.