What is Automation Testing?

Automation Testing or Test Automation is a software testing technique that performs using special automated testing software tools to execute a test case suite. On the contrary, Manual Testing is performed by a human sitting in front of a computer carefully executing the test steps.

Successive development cycles will require execution of same test suite repeatedly. Using a test automation tool, it’s possible to record this test suite and re-play it as required. Once the test suite is automated, no human intervention is required. This improved ROI of Test Automation. The goal of Automation is to reduce the number of test cases to be run manually and not to eliminate Manual Testing altogether.

In this automated software testing tutorial, you will learn Test Automation basics like-

Test Automation is the best way to increase the effectiveness, test coverage, and execution speed in software testing. Automated software testing is important due to the following reasons:

Which Test Cases to Automate?

The following category of test cases are not suitable for automation:

Following steps are followed in an Automation Process

Test Tool selection largely depends on the technology the Application Under Test is built on. For instance, QTP does not support Informatica. So QTP cannot be used for testing Informatica applications. It’s a good idea to conduct a Proof of Concept of Tool on AUT.

Define the scope of Automation

The scope of automation is the area of your Application Under Test which will be automated. Following points help determine scope:

During this phase, you create an Automation strategy & plan, which contains the following details-

Automation Scripts are executed during this phase. The scripts need input test data before there are set to run. Once executed they provide detailed test reports.

Example: Quality center is the Test Management tool which in turn it will invoke QTP for execution of automation scripts. Scripts can be executed in a single machine or a group of machines. The execution can be done during the night, to save time.

A framework is set of automation guidelines which help in

There are four types of frameworks used in automation software testing: 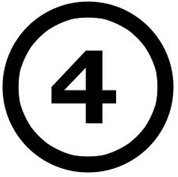 To get maximum ROI of automation, observe the following

The above guidelines if observed can greatly help in making your automation successful.

Following are the Test Automation benefits:

How to Choose an Automation Tool?

Selecting the right tool can be a tricky task. Following criterion will help you select the best tool for your requirement-

Tool selection is one of biggest challenges to be tackled before going for automation. First, Identify the requirements, explore various tools and its capabilities, set the expectation from the tool and go for a Proof Of Concept.

There are tons of Functional and Regression Testing Tools available in the market. Here are best test automation tools certified by our experts

Over 14,000 users worldwide accelerate testing with Ranorex Studio, an all-in-one tool for test automation. Ranorex has easy click-and-go codeless tools for beginners, plus a full IDE and open APIs for automation experts.

ZAPTEST is a Software Automation solution for any organization that uses software for operations or development, who is looking to automate it’s back-office operations or software testing processes and to develop a seamless and revolving automation framework.

LambdaTest is one of the most preferred tool to perform automated cross browser testing. They offer an ultra-fast, scalable and secure selenium grid, which users can utilize and run their tests on 2000+ browsers and OS. It supports all latest and legacy browsers.

Avo Assure is a no-code, intelligent, and heterogeneous automation testing solution. With Avo Assure, you can execute test cases without writing a single line of code and achieve more than 90% test automation coverage.

Keysight Eggplant allows you to test smarter with AI-powered end-to-end test automation that delivers DevOps and optimizes your user experience.

testRigor helps you to directly express tests as executable specifications in plain English. Users of all technical abilities are able to build end-to-end tests of any complexity covering mobile, web, and API steps in one test. Test steps are expressed on the end-user level instead of relying on details of implementation like XPaths or CSS Selectors.

QTP is widely used for functional and regression testing, it addresses every major software application and environment. To simplify test creation and maintenance, it uses the concept of keyword driven testing. It allows the tester to build test cases directly from the application.

It is an Object-Oriented automated Functional Testing tool that is capable of performing automated functional, regression, data-driven testing and GUI testing. The main features of this tool are

It is an open source testing software for regression testing. It enables you to write tests that are easy to read and maintain. Watir supports only internet explorer on windows while Watir webdriver supports Chrome, Firefox, IE, Opera, etc.

Silk Test is designed for doing functional and regression testing. For e-business application, silk test is the leading functional testing product. It is a product of Segue Software takeover by Borland in 2006. It is an object-oriented language just like C++. It uses the concept of an object, classes, and inheritance. Its main feature includes

Test Automation is the best way to increase the effectiveness, test coverage, and execution speed in software testing.

Test Tool selection largely depends on the technology the Application Under Test is built on.

Test Automation Maintenance Approach is an automation testing phase carried out to test whether the new functionalities added to the software are working fine or not.

The right selection of automation tool, testing process, and team, are important players for automation to be successful. Manual and automation methods go hand-in-hand for successful testing.