Skip to content
Here are Unix interview questions and answers for fresher as well as experienced candidates to get their dream job.

It is a portable operating system that is designed for both efficient multi-tasking and multi-user functions. Its portability allows it to run on different hardware platforms. It was written is C and lets users do processing and control under a shell.

3) What is a typical syntax being followed when issuing commands in shell?

Typical command syntax under the UNIX shell follows the format:

4) Is there a way to erase all files in the current directory, including all its sub-directories, using only one command?

Yes, that is possible. Use “rm –r *” for this purpose. The rm command is for deleting files. The –r option will erase directories and subdirectories, including files within. The asterisk represents all entries.

5) What is the chief difference between the –v and –x option s to set?

The –v option echoes each command before arguments and variables have been substituted for; the –x option echoes the commands after substitution has taken place.

Kernel is the UNIX operating system is the master program that controls the computer’s resources, allotting them to different users and performing different tasks. However, the kernel doesn’t deal directly with a user. Instead, it starts up a separate, interactive program, called a shell, for each user when he/she logs on.

A shell acts as an interface between the user and the system. As a command interpreter, the shell takes commands and sets them up for execution.

8) What are the key features of the Korn Shell?

9) What are some common shells and what are their indicators?

11) What is command substitution?

Command substitution is one of the steps being performed every time commands are processed by the shell. The shell executes only those commands that are enclosed in backquotes. This will then replace the standard output of the command and displayed on the command line.

Every file is assigned to a directory. A directory is a specialized form of a file that maintains a list of all files in it.

An inode is an entry created on a section of the disk set aside for a file system. The inode contains nearly all the information about a file. It includes the location on the disk where the file starts, the size of the file, when the file was last used when the file was last changed, what the various read, write and execute permissions are, who owns the file, and other information.

The directory entry is unchanged since the name and inode number remain unchanged. In the inode file, the file size, time of last access, and time of last modification are updated. In the file itself, the new material is added.

Understanding file systems in UNIX has to do with knowing how files and inodes are stored on a system. What happens is that a disk or portion of a disk is set aside to store files and the inode entries. The entire functional unit is referred to as a file system.

Relative path refers to the path relative to the current path. An absolute path, on the other hand, refers to the exact path as referenced from the root directory.

17) Explain the importance of directories in a UNIX system

Files in a directory can be a directory itself; it would be called a subdirectory of the original. This capability makes it possible to develop a tree-like structure of directories and files, which is crucial in maintaining an organizational scheme.

19) What are shell variables?

Shell variables are a combination of a name ( identifier), and an assigned value, which exists within the shell. These variables may have default values, or whose values can be manually set using the appropriate assignment command. Examples of shell variable are PATH, TERM, and HOME.

20) What are the differences among a system call, a library function, and a UNIX command?

It is a free shell designed to work on the UNIX system. Being the default shell for most UNIX-based systems, it combines features that are available both in the C and Korn Shell.

The cmp command is used mainly to compare two files byte by byte, after which the first encountered mismatch is shown. On the other hand, the diff command is used to indicate the changes that is to be made in order to make the two files identical to each other.

24) What is the use of -l when listing a directory?

-l, which is normally used in listing command like ls, is used to show files in a long format, one file per line. Long format refers to additional information that is associated with the file, such as ownership, permissions, data, and filesize.

Piping, represented by the pipe character “|”, is used to combine two or more commands together. The output of the first command serves as input the next command, and so on.

A superuser is a special type user who has open access to all files and commands on a system. Note that the superuser’s login is usually root, and is protected by a so-called root password.

27) How do you determine and set the path in UNIX?

Each time you enter a command, a variable named PATH or path will define in which directory the shell will search for that command. In cases wherein an error message was returned, the reason maybe that the command was not in your path, or that the command itself does not exist. You can also manually set the path using the “set path = [directory path]” command.

28) Is it possible to see information about a process while it is being executed?

Every process is uniquely identified by a process identifier. It is possible to view details and status regarding a process by using the ps command.

29) What is the standard convention being followed when naming files in UNIX?

One important rule when naming files is that characters that have special meaning are not allowed, such as * / & and %. A directory, being a special type of file, follows the same naming convention as that of files. Letters and numbers are used, along with characters like underscore and dot characters.

30) Why is it that it is not advisable to use root as the default login?

The root account is very important, and with abusive usage, can easily lead to system damage. That’s because safeguards that normally apply to user accounts are not applicable to the root account.

The tee command does two things: one is to get data from the standard input and send it to standard output; the second is that it redirects a copy of that input data into a file that was specified.

When using the cat command to display file contents, large data that does not fit on the screen would scroll off without pausing, therefore making it difficult to view. On the other hand, using the more command is more appropriate in such cases because it will display file contents one screen page at a time.

Parsing is the process of breaking up of a command line into words. This is made possible by using delimiters and spaces. In the event that tabs or multiple spaces are part of the command, these are eventually replaced by a single space.

Pid is short for Process ID. It is used primarily to identify every process that runs on the UNIX system, whether it runs on the foreground or runs in the background. Every pid is considered unique.

35) How does the system know where one command ends and another begins?

Normally, the newline character, which is generated by the ENTER or RETURN key, acts as the signpost. However, the semicolon and the ampersand characters can also serve as command terminators.

36) What are Virtual Terminals?

Virtual Terminals are similar to Terminal that you have been using so far. They are used for executing commands and offering input. The only difference is that you cannot use the mouse with the Virtual Terminals. Therefore, you need to know the keyboard shortcuts. 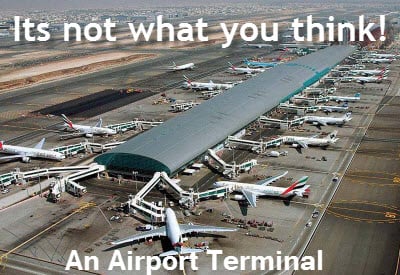 Virtual Terminals enable a number of users to work on different programs at the same time on the same computer. This is the reason they are one of the most distinguished features of Linux.

37) What is wild-card interpretation?

38) What is the output of this command? $who | sort –logfile > newfile

39) How do you switch from any user type to a super user type?

In order to switch from any user type to a superuser, you use the su command. However, you will be asked to key in the correct superuser password before full access privileges are granted to you.

41) Write a command that will display files in the current directory, in a colored, long format.

42) Write a command that will find all text files in a directory such that it does not contain the word “amazing” in any form (that is, it must include the words Amazing, AMAZING, or aMAZINg)

43) Write a command that will output the sorted contents of a file named IN.TXT and place the output in another file named OUT.TXT, while at the same time excluding duplicate entries.

44) Write a command that will allow a UNIX system to shut down in 15 minutes, after which it will perform a reboot.

45) What command will change your prompt to MYPROMPT?

To change a prompt, we use the PS1 command, such as this:

Answer: it redirects the output of cat food into the file kitty; the command is the same as:cat food > kitty

47) What is wrong with this interactive shell script?

echo What month is this?read $monthecho $month is as good a month as any.

Answer: Initially, the question mark should be escaped (\?) so that it is not interpreted as a shell metacharacter. Second, it should be read month, not read $month.

48) Write a shell script that requests the user’s age and then echoes it, along with some suitable comment.

50)
Write a script that will show the following as output: