What is Recovery Testing? with Example

What is Recovery Testing?

Recovery Testing is defined as a software testing type, that is performed to determine whether operations can be continued after a disaster or after the integrity of the system has been lost.

It involves reverting to a point where the integrity of the system was known and then reprocessing transactions up to the point of failure.

The purpose of recovery testing is to verify the system’s ability to recover from varying points of failure.

When an application is receiving data from the network, unplug the connecting cable. 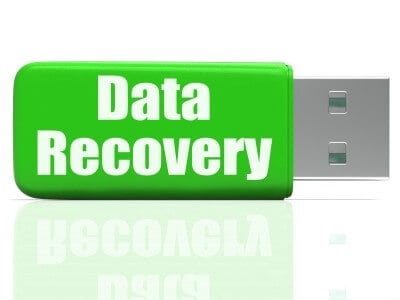 In Software Engineering, Recoverability Testing is a type of Non- Functional Testing. (Non- functional testing refers to aspects of the software that may not be related to a specific function or user action such as scalability or security.)

The time taken to recover depends upon:

It is done by professional testers. Before recovery testing, adequate backup data is kept in secure locations. This is done to ensure that the operation can be continued even after a disaster.

The life cycle of the recovery process can be classified into the following five steps:

Let’s discuss these 5 steps in detail-

The recovery team should have their unique strategy for retrieving the important code and data to bring the operation of the agency back to normalcy.

The strategy can be unique to each organization based on the criticality of the systems they are handling.

The possible strategy for critical systems can be visualized as follows:

Each of these strategies has cost factor associated with it and multiple resources required for multiple back-ups may consume more physical resources or may need an independent team.

Many companies may be affected due to their data and code dependency on the concerned developer agency. For instance, if Amazon AWS goes down its shuts 25 of the internet. Independent Restoration is crucial in such cases.

How to do Recovery Testing

While performing recovery testing following things should be considered.

The expense of maintaining and testing a comprehensive disaster recovery plan can be substantial, and it may be prohibitive for smaller businesses.

Smaller risks may rely on their data backups and off-site storage plans to save them in the case of a catastrophe.

After folders and files are restored, following checks can be done to assure that files are recovered properly:

In this tutorial, we have learned a various aspect of recovery testing that helps to understand whether the system or program meets its requirements after a failure.

This article is contributed by Shweta Priyadarshini

What is Software Engineering? Software engineering is a process of analyzing user requirements and then...

What is Spike Testing? SPIKE TESTING is defined as a type of performance testing in which...

What is Postman? Postman is currently one of the most popular tools used in API testing. It...

In this tutorial, you will learn What are Embedded systems? What is Embedded Software Testing?...

What is REST? REST stands for "REpresentational State Transfer," which is a new way of...