Windows PowerShell is an object-oriented automation engine and scripting language. It is designed mainly for IT professionals and system administrators to control & automate the administration of Windows OS and other applications. It provides compelling new concepts to extend the knowledge you have gained and scripts you have created within the Windows Command Prompt and Windows Script Host environments.

It combines the flexibility of scripting, command-line speed, and the power of a GUI-based admin tool. It allows you to solve problems efficiently by helping system admin to eliminate future manual labor hours. We will go through all the important aspects which you should know to learn PowerShell.

In this Powershell tutorial for beginners, you will learn Powershell basics like:

This is a complete guide to Powershell scripting basics… let’s begin!

Here, are some important reason for using Powershell:

PowerShell first version 1.0 was released in 2006. Today, PowerShell is at version 7.2. As the year and version gone by, PowerShell’s capabilities and hosting environments grew significantly.


Next in this Powershell scripting tutorial, we will learn about features of Powershell.

How to launch PowerShell

Now in this Powershell script tutorial, we will learn how to launch Powershell on Windows OS.

PowerShell is pre-installed in all latest versions of Windows. We need to launch PowerShell for that we need to follow the given steps:

Step 1) Search for PowerShell in Windows. Select and Click 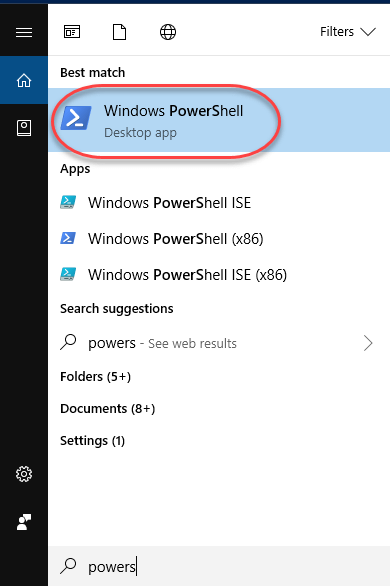 A cmdlet which is also called Command let is a is a lightweight command used in the Window base PowerShell environment. PowerShell invokes these cmdlets in the command prompt. You can create and invoke cmdlets command using PowerShell APIS.

Cmdlets are different from commands in other command-shell environments in the following manners ?

Most of the PowerShell functionality comes from Cmdlet’s which is always in verb-noun format and not plural. Moreover, Cmdlet’s return objects not text. A cmdlet is a series of commands, which is more than one line, stored in a text file with a .ps1 extension.

A cmdlet always consists of a verb and a noun, separated with a hyphen. Some of the verbs use for you to learn PowerShell is: 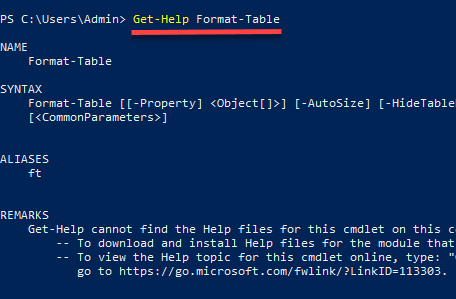 Get-Command: Get information about anything that can be invoked

Powershell Script Example: To generate a list of cmdlets, functions installed in your machine 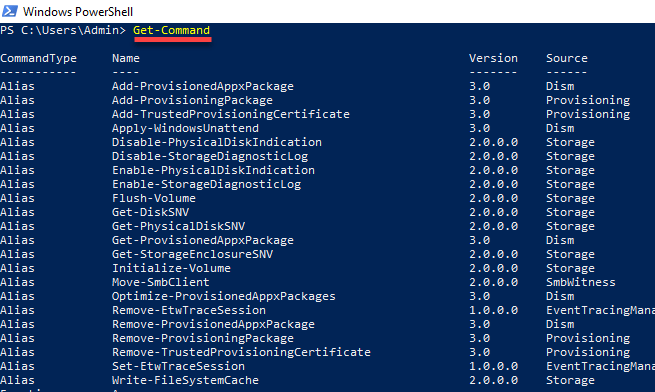 Get-Service: Finds all cmdlets with the word ‘service’ in it.

Example: Get all services that begin with “vm”

Get- Member: Show what can be done with an object

Example: Get members of the vm processes. 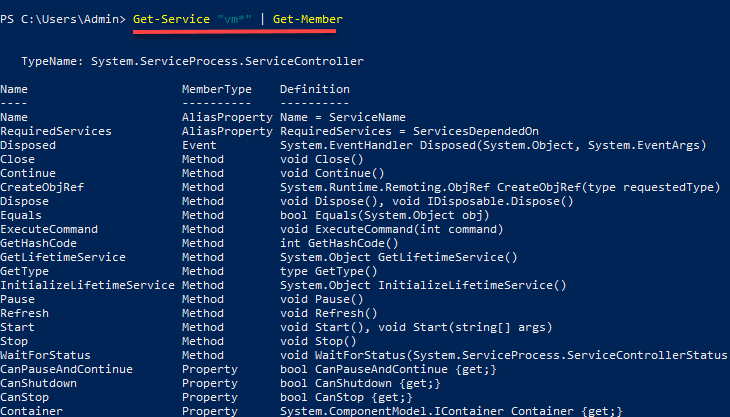 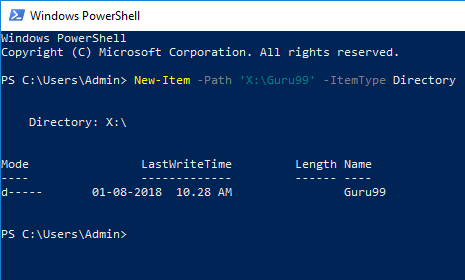 Powershell scripts are store in .ps1 file. By default, you can’t run a script by just double-clicking a file. This protects your system from accidental harm. To execute a script: 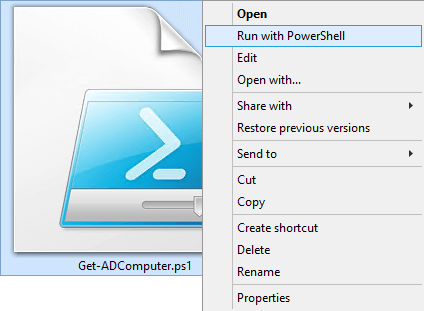 Moreover, there is a policy which restricts script execution. You can see this policy by running the Get-ExecutionPolicy command.

You will get one of the following output: 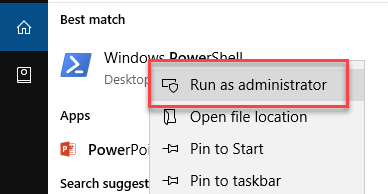 In a notepad write the following command

PowerShell Scripts have an extension ps1. Save the file as FirstScript.ps1

In Powershell, call the script using the command

What is PowerShell ISE?

The Windows PowerShell Integrated Scripting Environment(ISE) is the default editor for Windows PowerShell. In this ISE, you can run commands, writer test, and debug scripts in an in a window base GUI environment. You can do multiline editing, syntax coloring, tab completion, selective execution and lots of other things.

Windows PowerShell ISE also allows you to run commands in a console pane. However, it also supports panes that you can use to simultaneously view the source code of your script and other tools which you can plug into the ISE.

You can even open up multiple script windows at the same time. This is specifically useful when you are debugging a script which uses functions defined in other scripts or modules. 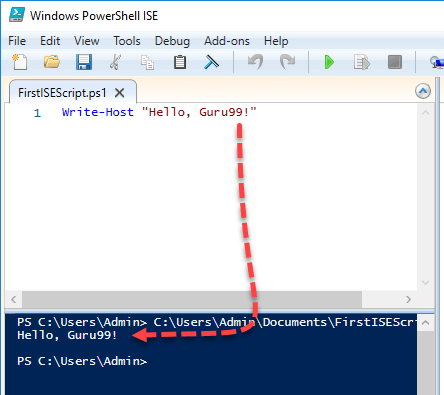 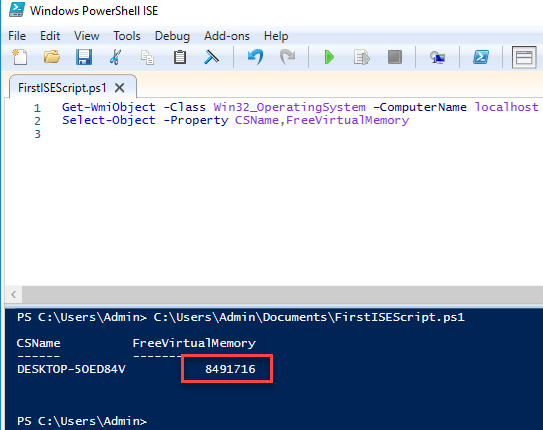 Now in this Powershell for beginners tutorial, we will learn about important Powershell concepts:

Today, PowerShell has become an ideal choice for IT administrators as it eases management operation and effort in large corporate networks. For example, let’s assume that you are managing a large network which contains more than four hundred servers. Now you want to implement a new security solution. This security solution depends on a certain service which needs to run on those servers.

You can surely log in to each server and see if they have that service install and running or not. However, it certainly takes a lot of human errors as your staff needs to spend lots of time on this non-productive process.

However, if you use PowerShell, then you could complete this task in just a few minutes. That’s because the entire operation is done with a single script which gathers information about the services running on the servers.