Parallel Testing is a software testing type in which multiple versions or subcomponents of an application are tested with same input on different systems simultaneously to reduce test execution time. The purpose of parallel testing is finding out if legacy version and new version are behaving the same or differently and ensuring whether new version is more efficient or not.

The below image demonstrate the parallel testing. 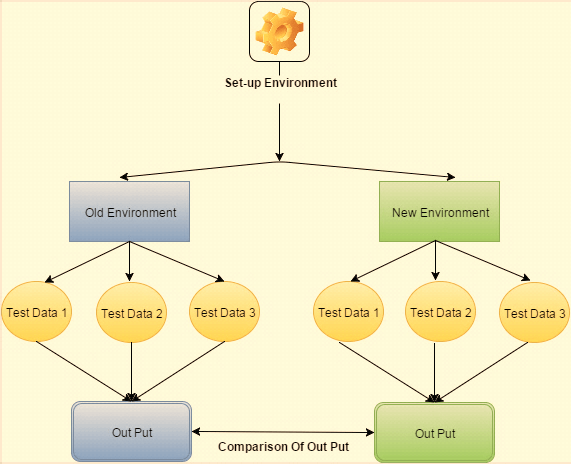 When any organization is moving from old system to new system, legacy data is an important part. Transferring this data is a complex process.

In software testing, verifying compatibility of the newly developed system with the old system is done through “parallel testing.”

Why to do Parallel Testing

Parallel Testing is done due to following reason, 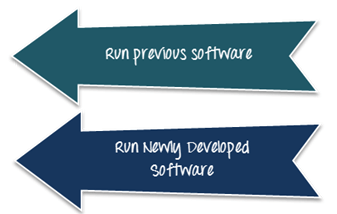 In such cases, testers need to do the parallel testing, in order to evaluate that data migration is done successfully. Also to check whether the changes in the new version does not affect the system function. The tester must verify that changes are executed properly, and the user is getting the desired output as per the requirement.

When to do Parallel Testing

Parallel testing can be used extensively when

How to do Parallel Testing: Complete Approach

For performing parallel testing, you can simply create several project that will test a different part of the application (Slave Projects) and one project (master project) that will run these projects.

Before performing parallel testing, there are few pre-condition that has to be satisfied.

To perform Parallel Testing, following steps should be followed

Step 2: Understand different between both the system

Step 4: Measure the output of newly developed system compare to the old system

Step 5: Report cause of bug if found

To perform parallel testing here are few tips and tricks, which might be useful.

Flow of product is changed

Number of testing cycle depends upon the complexity of the module.

What is not a Parallel Testing