NoSQL Database is a non-relational Data Management System, that does not require a fixed schema. It avoids joins, and is easy to scale. The major purpose of using a NoSQL database is for distributed data stores with humongous data storage needs. NoSQL is used for Big data and real-time web apps. For example, companies like Twitter, Facebook and Google collect terabytes of user data every single day.

NoSQL database stands for “Not Only SQL” or “Not SQL.” Though a better term would be “NoREL”, NoSQL caught on. Carl Strozz introduced the NoSQL concept in 1998.

Traditional RDBMS uses SQL syntax to store and retrieve data for further insights. Instead, a NoSQL database system encompasses a wide range of database technologies that can store structured, semi-structured, unstructured and polymorphic data. Let’s understand about NoSQL with a diagram in this NoSQL database tutorial: 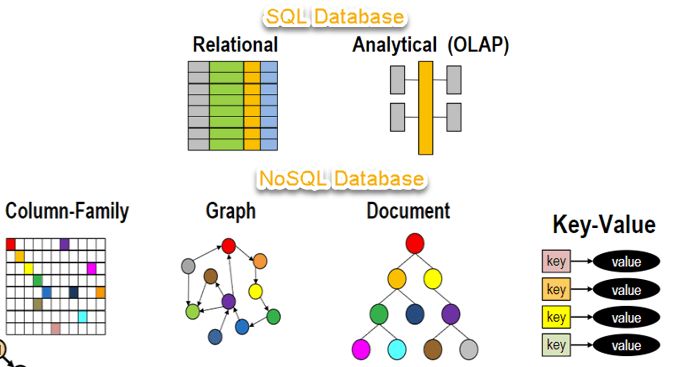 In this NoSQL tutorial for beginners, you will learn NoSQL basics like:

The concept of NoSQL databases became popular with Internet giants like Google, Facebook, Amazon, etc. who deal with huge volumes of data. The system response time becomes slow when you use RDBMS for massive volumes of data.

To resolve this problem, we could “scale up” our systems by upgrading our existing hardware. This process is expensive.

The alternative for this issue is to distribute database load on multiple hosts whenever the load increases. This method is known as “scaling out.” 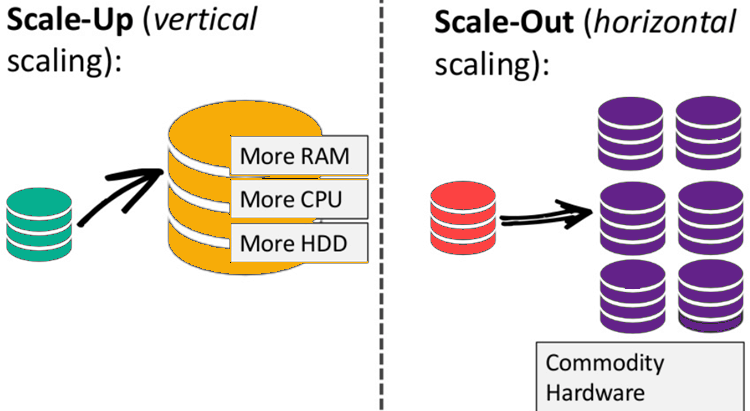 NoSQL database is non-relational, so it scales out better than relational databases as they are designed with web applications in mind.

NoSQL is Shared Nothing.

NoSQL Databases are mainly categorized into four types: Key-value pair, Column-oriented, Graph-based and Document-oriented. Every category has its unique attributes and limitations. None of the above-specified database is better to solve all the problems. Users should select the database based on their product needs.

Data is stored in key/value pairs. It is designed in such a way to handle lots of data and heavy load.

Key-value pair storage databases store data as a hash table where each key is unique, and the value can be a JSON, BLOB(Binary Large Objects), string, etc. 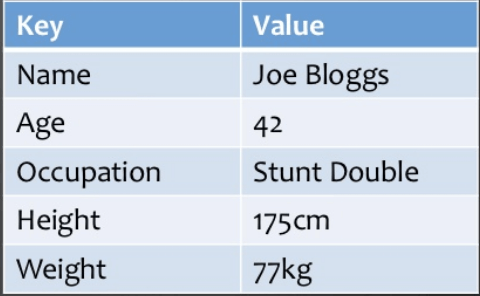 It is one of the most basic NoSQL database example. This kind of NoSQL database is used as a collection, dictionaries, associative arrays, etc. Key value stores help the developer to store schema-less data. They work best for shopping cart contents.

Redis, Dynamo, Riak are some NoSQL examples of key-value store DataBases. They are all based on Amazon’s Dynamo paper.

Column-oriented databases work on columns and are based on BigTable paper by Google. Every column is treated separately. Values of single column databases are stored contiguously. 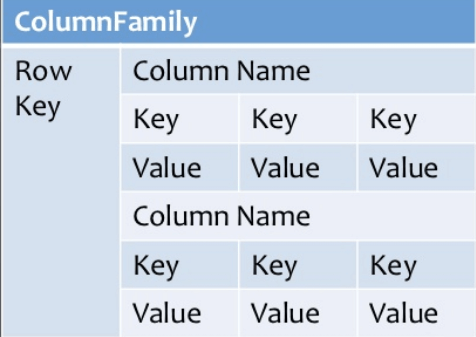 They deliver high performance on aggregation queries like SUM, COUNT, AVG, MIN etc. as the data is readily available in a column.

Document-Oriented NoSQL DB stores and retrieves data as a key value pair but the value part is stored as a document. The document is stored in JSON or XML formats. The value is understood by the DB and can be queried.

The document type is mostly used for CMS systems, blogging platforms, real-time analytics & e-commerce applications. It should not use for complex transactions which require multiple operations or queries against varying aggregate structures.

A graph type database stores entities as well the relations amongst those entities. The entity is stored as a node with the relationship as edges. An edge gives a relationship between nodes. Every node and edge has a unique identifier. 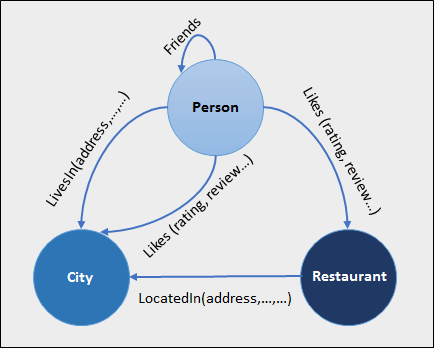 Compared to a relational database where tables are loosely connected, a Graph database is a multi-relational in nature. Traversing relationship is fast as they are already captured into the DB, and there is no need to calculate them.

What is the CAP Theorem?

CAP theorem is also called brewer’s theorem. It states that is impossible for a distributed data store to offer more than two out of three guarantees

The data should remain consistent even after the execution of an operation. This means once data is written, any future read request should contain that data. For example, after updating the order status, all the clients should be able to see the same data.

The database should always be available and responsive. It should not have any downtime.

Partition Tolerance means that the system should continue to function even if the communication among the servers is not stable. For example, the servers can be partitioned into multiple groups which may not communicate with each other. Here, if part of the database is unavailable, other parts are always unaffected.

The term “eventual consistency” means to have copies of data on multiple machines to get high availability and scalability. Thus, changes made to any data item on one machine has to be propagated to other replicas. 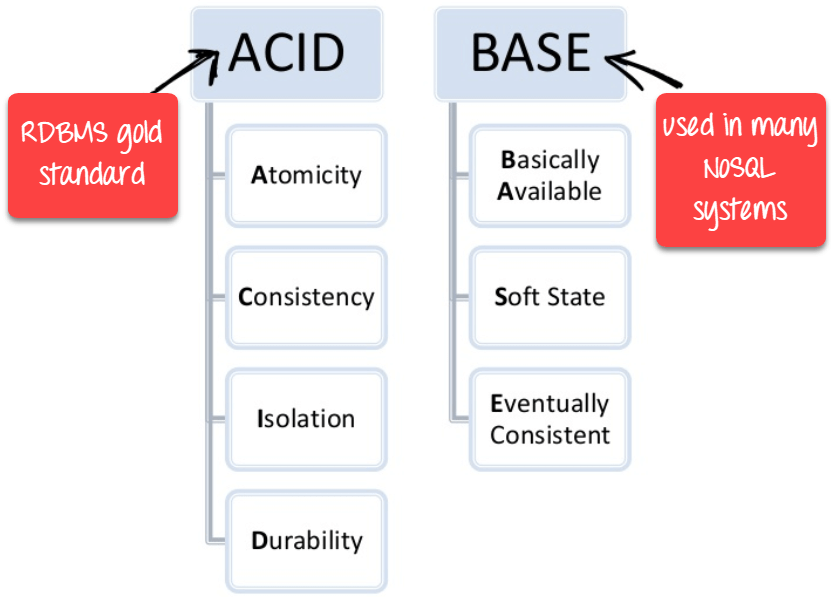