What is Join in Mapreduce?

Mapreduce Join operation is used to combine two large datasets. However, this process involves writing lots of code to perform the actual join operation. Joining two datasets begins by comparing the size of each dataset. If one dataset is smaller as compared to the other dataset then smaller dataset is distributed to every data node in the cluster.

Once a join in MapReduce is distributed, either Mapper or Reducer uses the smaller dataset to perform a lookup for matching records from the large dataset and then combine those records to form output records.

Depending upon the place where the actual join is performed, joins in Hadoop are classified into-

2. Reduce-side join – When the join is performed by the reducer, it is called as reduce-side join. There is no necessity in this join to have a dataset in a structured form (or partitioned).

An overall process flow of joins in Hadoop is depicted in below diagram.

There are two Sets of Data in two Different Files (shown below). The Key Dept_ID is common in both files. The goal is to use MapReduce Join to combine these files

Ensure you have Hadoop installed. Before you start with the MapReduce Join example actual process, change user to ‘hduser’ (id used while Hadoop configuration, you can switch to the userid used during your Hadoop config ). 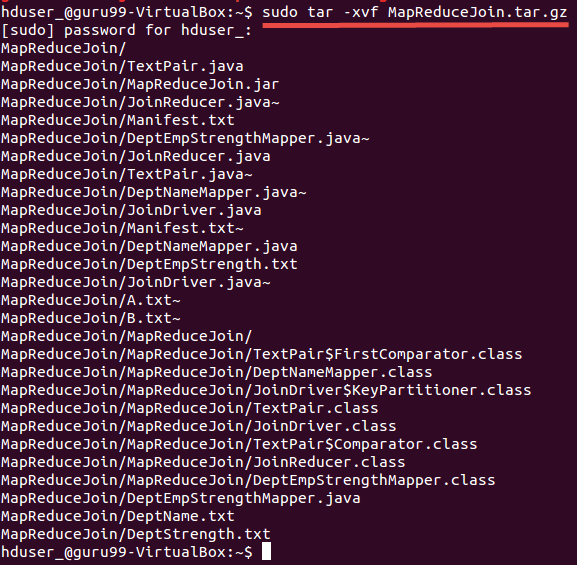 Step 5) DeptStrength.txt and DeptName.txt are the input files used for this MapReduce Join example program.

These file needs to be copied to HDFS using below command- 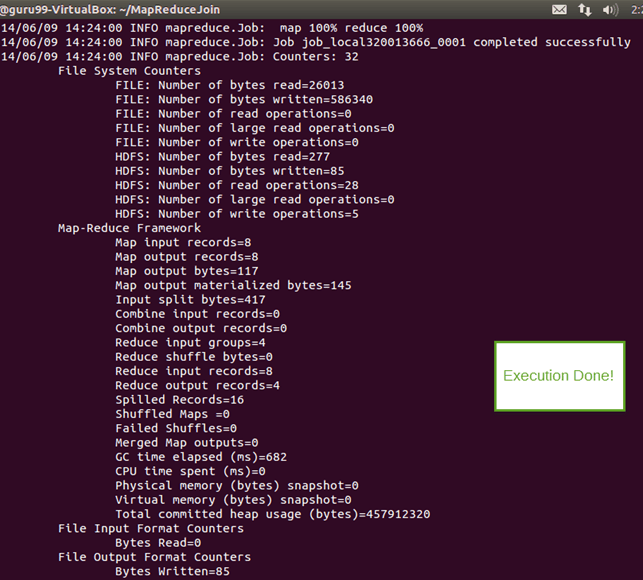 Step 7) After execution, output file (named ‘part-00000’) will stored in the directory /output_mapreducejoin on HDFS

Results can be seen using the command line interface

Results can also be seen via a web interface as- 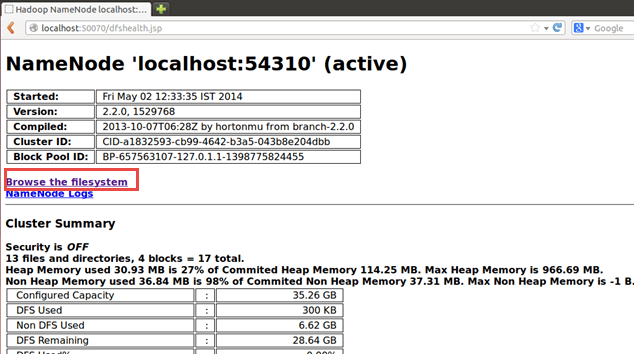 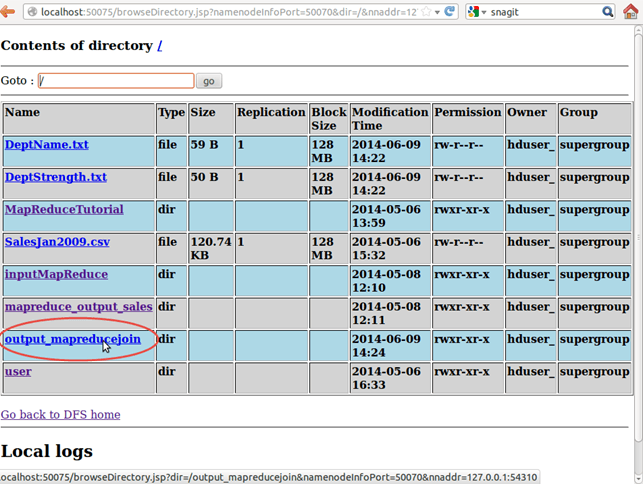 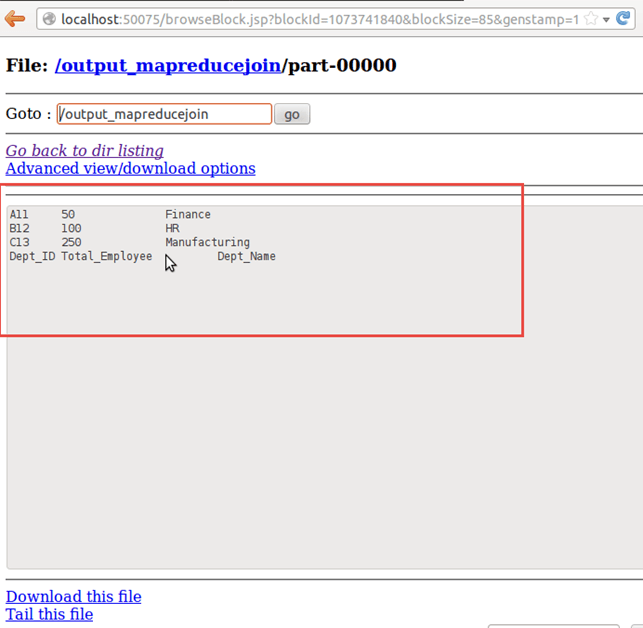 NOTE: Please note that before running this program for the next time, you will need to delete output directory /output_mapreducejoin

Alternative is to use a different name for the output directory.

What is Counter in MapReduce?

A Counter in MapReduce is a mechanism used for collecting and measuring statistical information about MapReduce jobs and events. Counters keep the track of various job statistics in MapReduce like number of operations occurred and progress of the operation. Counters are used for Problem diagnosis in MapReduce.

Hadoop Counters are similar to putting a log message in the code for a map or reduce. This information could be useful for diagnosis of a problem in MapReduce job processing.

Typically, these counters in Hadoop are defined in a program (map or reduce) and are incremented during execution when a particular event or condition (specific to that counter) occurs. A very good application of Hadoop counters is to track valid and invalid records from an input dataset.

There are basically 2 types of MapReduce Counters

In addition to built-in counters, a user can define his own counters using similar functionalities provided by programming languages. For example, in Java ‘enum’ are used to define user defined counters.

An example MapClass with Counters to count the number of missing and invalid values. Input data file used in this tutorial Our input data set is a CSV file, SalesJan2009.csv

Above code snippet shows an example implementation of counters in Hadoop Map Reduce.

Here, SalesCounters is a counter defined using ‘enum’. It is used to count MISSING and INVALID input records.

In the code snippet, if ‘country’ field has zero length then its value is missing and hence corresponding counter SalesCounters.MISSING is incremented.

Next, if ‘sales’ field starts with a “ then the record is considered INVALID. This is indicated by incrementing counter SalesCounters.INVALID.