What is PostgreSQL? Introduction, Advantages & Disadvantages

PostgreSQL is an enterprise-class open source database management system. It supports both SQL and JSON for relational and non-relational queries for extensibility and SQL compliance. PostgreSQL supports advanced data types and performance optimization features, which are only available in expensive commercial databases, like Oracle and SQL Server. It is also known as Postgres.

It is backed by an experienced community of developers who have made tremendous contributions to make it a highly reliable DBMS system.

A Brief History of PostgreSQL

PostgreSQL (initially called Postgres) was created by a computer science professor Michael Stonebraker and his team. Today it has become one of the popular open-source databases. 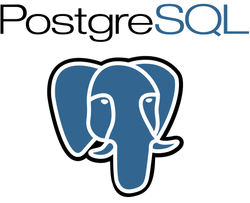 Below are the key PostgreSQL features:

Here, are some most prominent PostgreSQL features:

Next, we will learn about PostgreSQL advantages and disadvantages.

Below are the main advantages of PostgreSQL:

Below are the disadvantages of PostgreSQL:

PostgreSQL is an ideal DBMS system for the financial industry. Moreover, It is fully ACID compliant which makes it an ideal choice for OLTP (Online Transaction Processing). It is also capable of performing database analytics. It can be integrated with mathematical software like Matlab and R.

Nowadays, industrial manufacturers also using PostgreSQL to speed up their overall business process. It also helps them to optimize supply chain performance by using this open-source DBMS as storage backend. It allows companies to reduce the operation cost of their business.

If your website requires to deal with hundreds or even thousands request per second at that time, scalability is a surely big issue. Here, Postgre proves the best solution.

Hibernate, PHP, etc. It also offers replication capabilities which allow to scale out as many database servers as you want.

You need to generate terabytes of data if you are working on research and scientific project. Therefore, it is important to handle in the most efficient way as possible. For that, PostgreSQL offers wonderful analytical capabilities and powerful SQL engine. This helps you to manage a large amount of data with ease.

Traditional storage systems are bulky and slow. If you are looking to purchase an SSD laptop, then I...

What is UNIX? The UNIX OS was born in the late 1960s. AT&T Bell Labs released an operating system called...

What is XML? XML is a markup language which is designed to store data. It's popularly used or...

Duplicate file finders are tools that help you to find and remove repeating files in folders and...