For example, a football team has a benchmark for a player to qualify as a premier league player. The skill set for the benchmark could be a number of goals scored in the last five seasons, or ball possession during the first halftime, or a minimum number of games played in the local tournament, etc.

What is Benchmark Testing?

Benchmark Testing measures a repeatable set of quantifiable results that serves as a point of reference against which products/services can be compared. The purpose of benchmark testing results is to compare the present and future software releases with their respective benchmarks.

A benchmark must be repeatable. For instance, with every iteration of the load test, if the response times vary too much, system performance must be benchmarked. Response time needs to be stable amongst different load conditions.

A benchmark must be quantifiable. For example, the user experience cannot be quantified in numbers, but the time a user spends on a webpage due to good UI can be quantified.

Benchmark Testing is not a term related to just software testing, but it also deals with Hardware Testing and is considered one of the most important tasks in the business world.

In this tutorial, we will discuss benchmarks for a client-server application or, in other words, a web application. The benchmark testing can be done for the following services,

Why Benchmark Testing is important?

At the business level, benchmark testing can be helpful in determining

A test plan is the most crucial element of the benchmark testing process. The Benchmark Test plan follows the steps given below-

How to Do Benchmark Testing

There are 4 phases involved in Benchmark Testing: 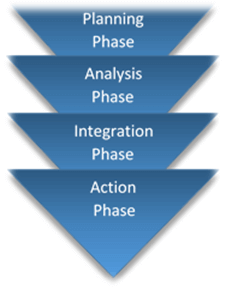 There are 3 major components of Benchmark Testing. They are

Things to consider while Benchmark Testing

Let’s have a look at TechEmpower. We will have a quick glance at its salient features.

Benchmark Testing Tools are being categorized accordingly. We will enlist one by one.