What is a Computer Network?

A computer network is a group of two or more interconnected computer systems. You can establish a network connection using either cable or wireless media.

Every network involves hardware and software that connects computers and tools.

In this Computer Networking Concepts tutorial, you will learn: 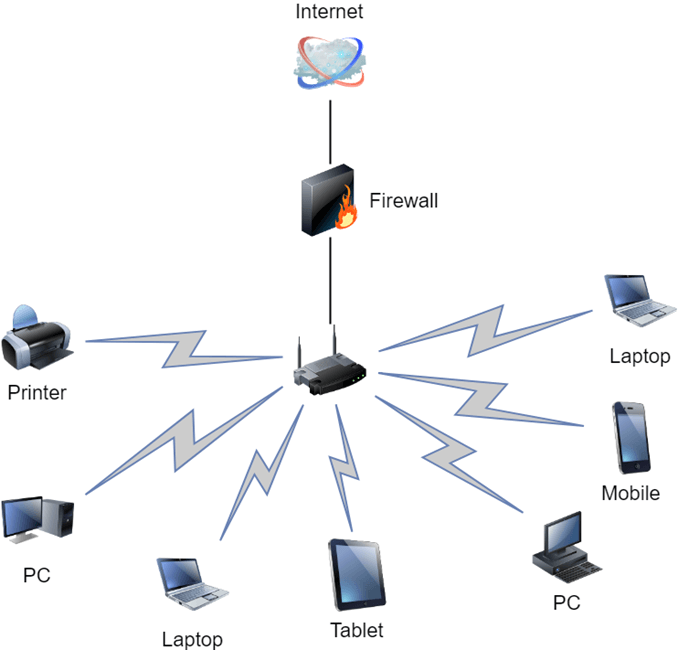 Switches work as a controller which connects computers, printers, and other hardware devices to a network in a campus or a building.

It allows devices on your network to communicate with each other, as well as with other networks. It helps you to share resources and reduce the costing of any organization.

Routers help you to connect with multiple networks. It enables you to share a single internet connection with multiple devices and saves money. This networking component acts as a dispatcher, which allows you to analyze data sent across a network. It automatically selects the best route for data to travel and send it on its way.

Servers are computers that hold shared programs, files, and the network operating system. Servers allow access to network resources to all the users of the network.

Clients are computer devices which access and uses the network as well as shares network resources. They are also users of the network, as they can send and receive requests from the server.

Transmission media is a carrier used to interconnect computers in a network, such as coaxial cable, twisted-pair wire, and optical fiber cable. It is also known as links, channels, or lines.

Shared data are data which is shared between the clients such as data files, printer access programs, and email.

Network Interface card sends, receives data, and controls data flow between the computer and the network.

A local OS which helps personal computers to access files, print to a local printer and uses one or more disk and CD drives which are located on the computer.

The network operating system is a program which runs on computers and servers. It allows the computers to communicate via network.

A protocol is the set of defined rules that allows two entities to communicate across the network. Some standard protocols used for this purpose are IP, TCP, UDP, FTP, etc.

Hub is a device that splits network connection into multiple computers. It acts a distribution center so whenever a computer requests any information from a computer or from the network it sends the request to the hub through a cable. The hub will receive the request and transmit it to the entire network.

Local Area Network(LAN) cable is also called as Ethernet or data cable. It is used for connecting a device to the internet.

OSI stands for Open Systems Interconnection. It is a reference model which allows you to specify standards for communications.

Below given are some unique network identifiers:

Every device of the network is associated with a unique device, which is called hostname.

IP (Internet Protocol) address is as a unique identifier for each device on the Internet. Length of the IP address is 32-bits. IPv6 address is 128 bits.

DNS stands for Domain Name System. It is a server which translates URL or web addresses into their corresponding IP addresses.

MAC (Media Access Control Address) is known as a physical address is a unique identifier of each host and is associated with the NIC (Network Interface Card). General length of MAC address is : 12-digit/ 6 bytes/ 48 bits

Port is a logical channel which allows network users to send or receive data to an application. Every host can have multiple applications running. Each of these applications are identified using the port number on which they are running.

ARP stands for Address Resolution Protocol which helps network users to convert the IP address into its corresponding Physical Address.

Reverse Address Resolution Protocol gives an IP address of the device with given a physical address as input.

Here are some common application of computer networks

Here are the fundamental benefits/pros of using Computer Networking: