Skip to content
1) Explain what is an algorithm in computing?

2) Explain what is Quick Sort algorithm?

Quick Sort algorithm has the ability to sort list or queries quickly. It is based on the principle of partition exchange sort or Divide and conquer. This type of algorithm occupies less space, and it segregates the list into three main parts.

3) Explain what is time complexity of Algorithm?

Time complexity of an algorithm indicates the total time needed by the program to run to completion. It is usually expressed by using the big O notation.

4) Mention what are the types of Notation used for Time Complexity?

The types of Notations used for Time Complexity includes 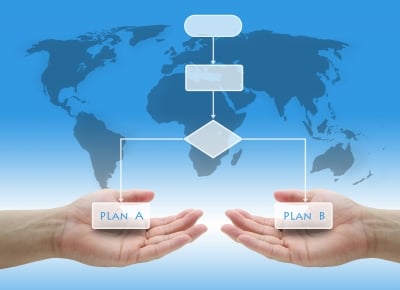 6) Explain whether it is possible to use binary search for linked lists?

Since random access is not acceptable in linked list, it is impossible to reach the middle element of O(1) time. Thus, binary search is not possible for linked list.

7) Explain what is heap sort?

Skip list the method for data structuring, where it allows the algorithm to search, delete and insert elements in a symbol table or dictionary. In a skip list, each element is represented by a node. The search function returns the content of the value related to key. The insert operation associates a specified key with a new value, while the delete function deletes the specified key.

9) Explain what is Space complexity of insertion sort algorithm?

Insertion sort is an in-place sorting algorithm which means that it requires no extra or little. storage. For insertion sort, it requires only single list elements to be stored out-side the initial data, making the space-complexity 0(1).

10) Explain what a “Hash Algorithm” is and what are they used for?

“Hash Algorithm” is a hash function that takes a string of any length and decreases it to a unique fixed length string. It is used for password validity, message & data integrity and for many other cryptographic systems.

11) Explain how to find whether the linked list has a loop?

Encryption is the process of converting plaintext into a secret code format referred as “Ciphertext”. To convert the text, algorithm uses a string of bits referred as “keys” for calculations. The larger the key, the greater the number of potential patterns for creating cipher text. Most encryption algorithm use codes fixed blocks of input that have length about 64 to 128 bits, while some uses stream method.

13) List out some of the commonly used cryptographic algorithms?

Some of the commonly used cryptographic algorithms are


15) Explain what is Radix Sort algorithm?

Radix sort puts the element in order by comparing the digits of the numbers. It is one of the linear sorting algorithms for integers.

16) Explain what is a recursive algorithm?

Recursive algorithm is a method of solving a complicated problem by breaking a problem down into smaller and smaller sub-problems until you get the problem small enough that it can be solved easily. Usually, it involves a function calling itself.

17) Mention what are the three laws of recursion algorithm?

18) Explain what is bubble sort algorithm?

Bubble sort algorithm is also referred as sinking sort. In this type of sorting, the list to be sorted out compares the pair of adjacent items. If they are organized in the wrong order, it will swap the values and arrange them in the correct order.