What is a Transport Request?

Change requests are named in a standard format as: <SID>K<Number> [Not modifiable by system administrators]

Tasks also use the same naming convention, with ‘numbers’ consecutive to the number used in TR containing them. 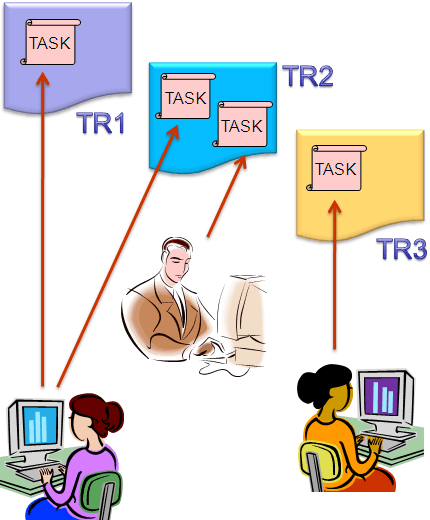 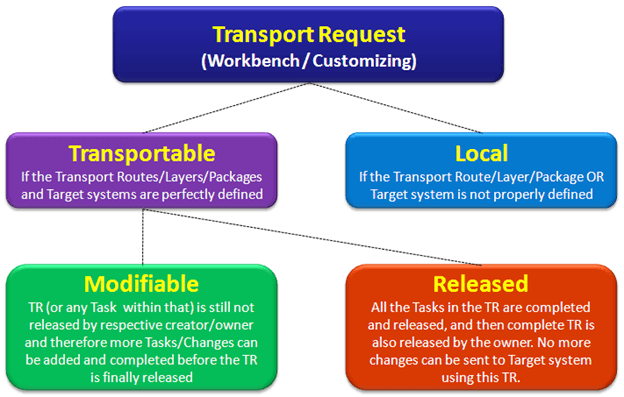 Customizing Request – contains objects that belong to ‘client-specific‘ customizing. As per client settings, these requests are automatically recorded as per when users perform customizing settings and a target system is automatically assigned as per the transport layer (if defined). 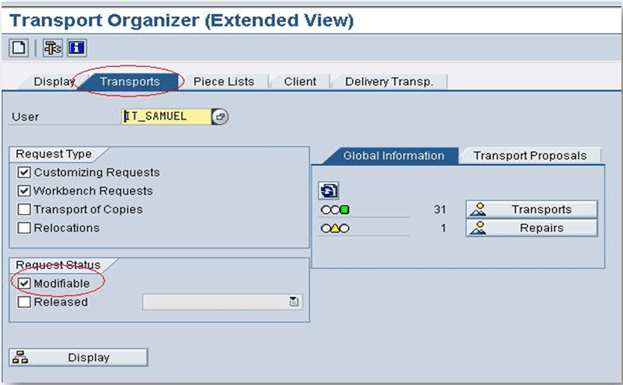 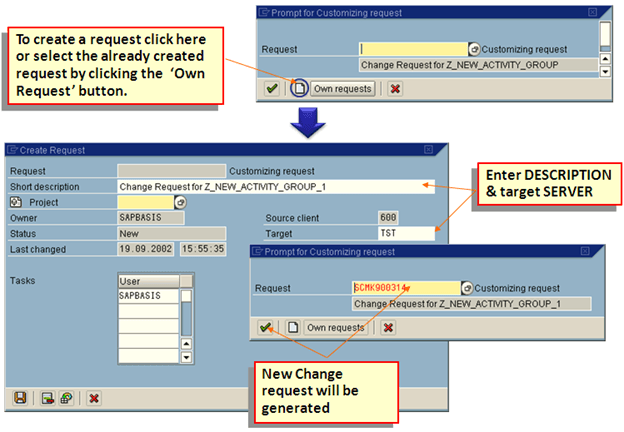 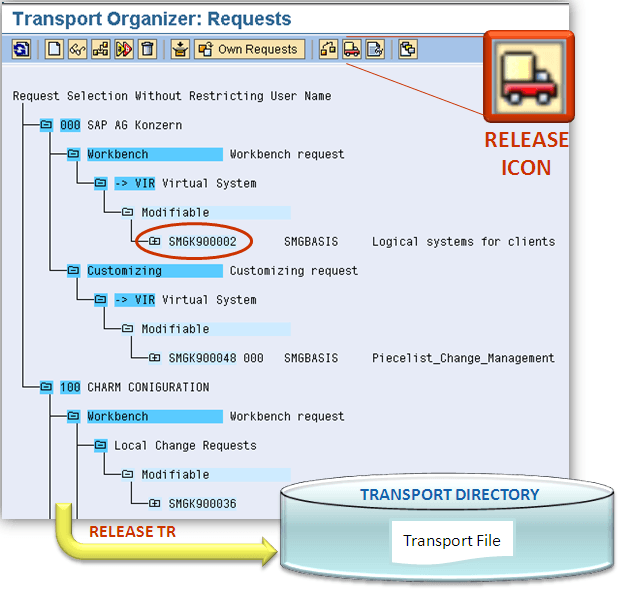 Importing TRs into the target system

Import Queue -> is the list of TRs available in the common directory and are ready to be imported into the target system, this is the SAP Application View, at the OS level it is also known as Import Buffer. 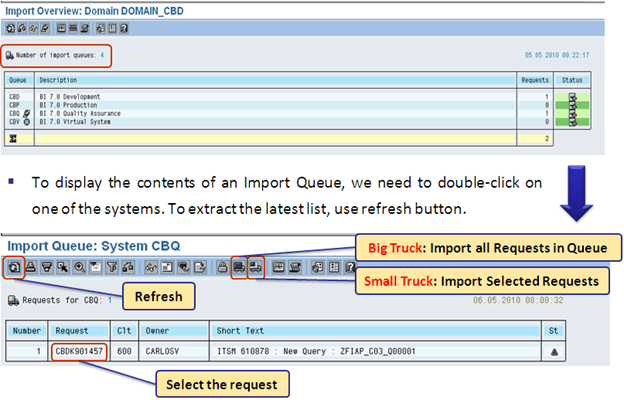 Import Queue shows some standard ‘status icons‘ in the last column, here are the icons with their meanings, as defined by SAP:

In case, a request is not added automatically in the import queue/buffer, even though the OS level files are present, then we can add such requests by the following method, however, we should know the name of intended TR:

We can also check the previous imports that happened in the system as follows: 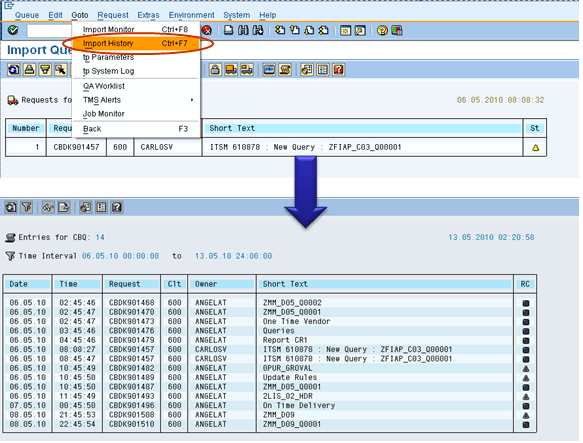