Once the Domain and other systems of a landscape are defined, we need to connect them with the help of proper transport routes (and layers). As for many customers’ systems landscape fall into the same categories, the TMS provides some standard system groups that can be used for easily defining routes. When standard options are used, routes are generated automatically; we can select one of the following options:

If we need to define a more complex transport system, we can also use standard options initially and there after defining additional consolidation and delivery routes. 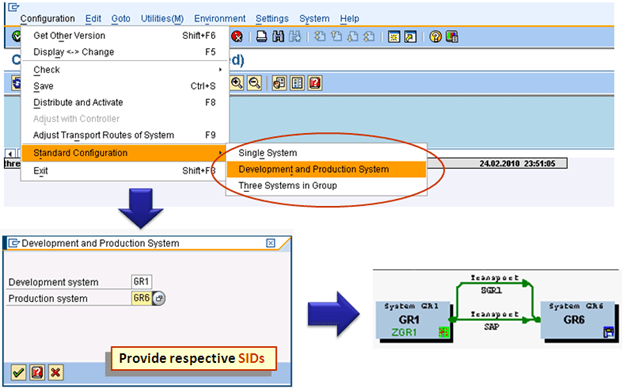 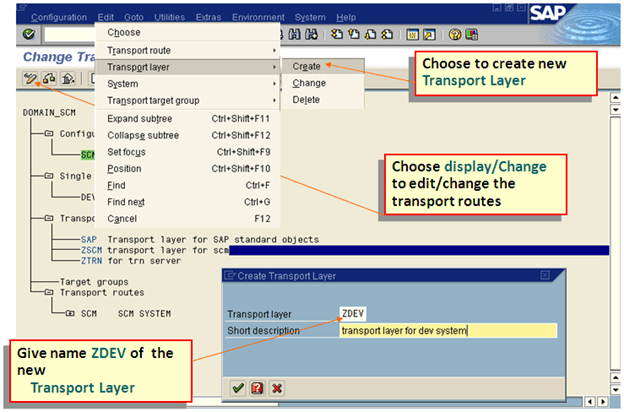 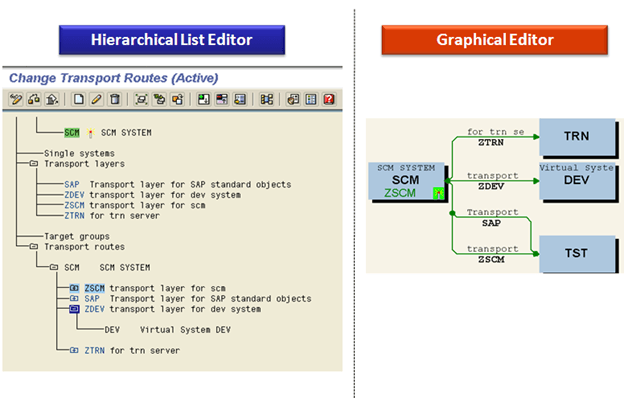 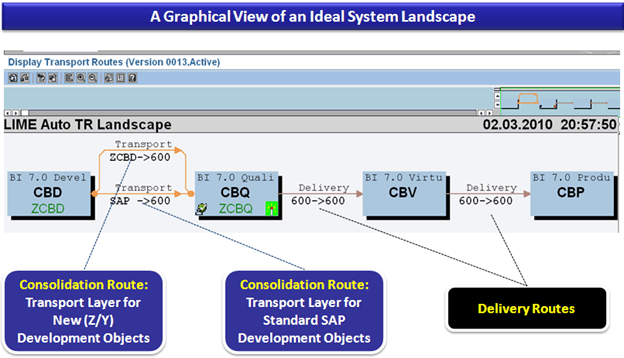 Distributing and Verifying the Configuration