TMS is used to move, manage, control, copy development objects and customizing settings in an orderly fashion across SAP systems in a landscape through pre-defined transport routes (RFC Connections). The transport process basically consists of exporting of objects out of the source SAP system and importing them into the target SAP system/s. TMS Stands for Transport Management System

Why do we need a Transport System?

The CTS components play an important role in the overall development and customization environment. CTS stand for Change and Transport System

CTS is an instrument for: 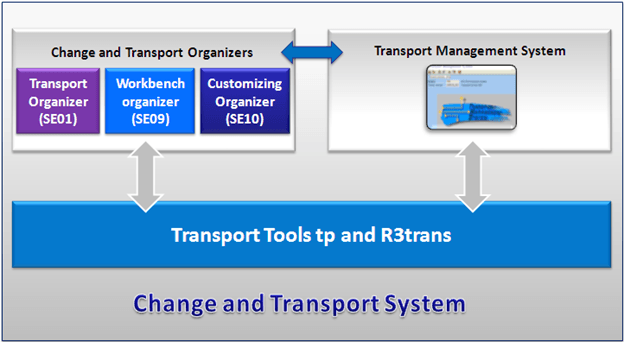 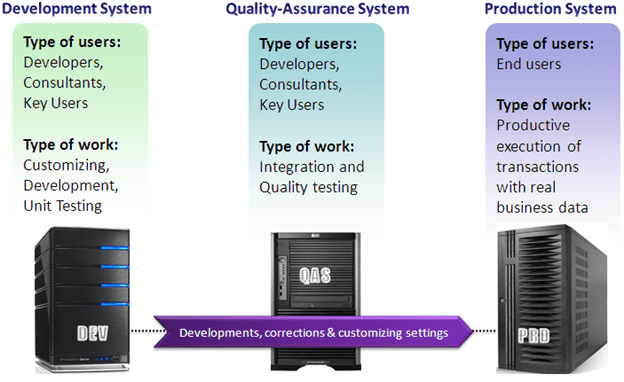 The system landscape (also known as SAP System Group) is the arrangement of SAP servers. Ideally, in a SAP environment, a three-system landscape is recommended. It consists of the

Transport cycle in a very basic sense is the release of new Developments/ Customizing Changes from DEV which are imported in both Quality and Production systems. However, import in PRD can happen only once integration Testing and quality check have been performed in QAS (and marked as checked). 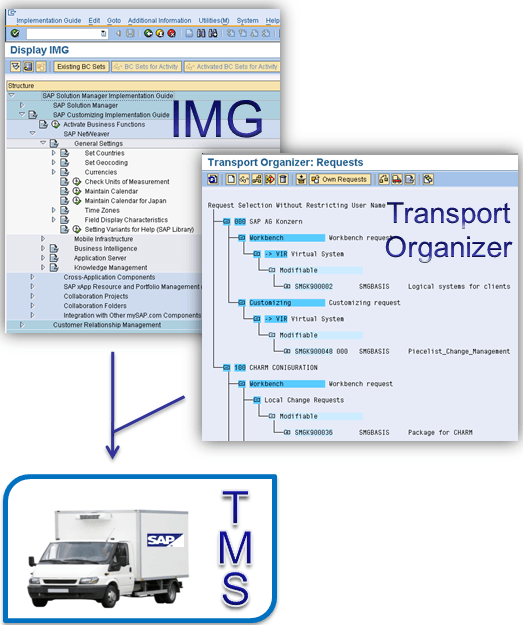 Most of the Customizing changes (though, not all) are client-specific, i.e., the changes are supposed to be reflected in a particular client only and not intended for all the system clients. When the Transport Request is exported, it extracts the relevant table entries from the database of the SAP system and copies them to the transport directory. Relevant table entries are locked when the customizing transaction is being used. However, they are unlocked as soon as the changes are saved to a Transport Request.

Most of the Workbench changes (though, not all), are cross-client, i.e. changes will be reflected in all the system clients of the target system. Objects transported from the source system overwrite objects in the target system that has the same names.

Clients and the type of Data in SAP System 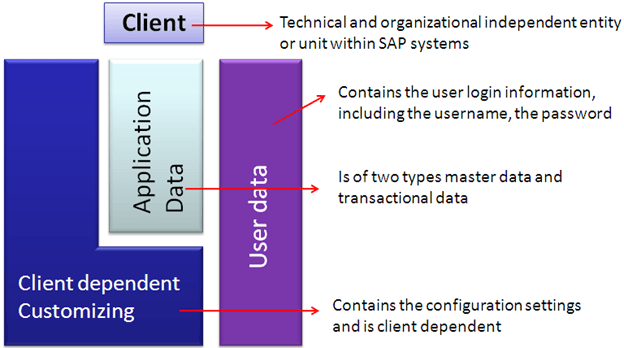 Among client specific data, there are 3 types of data: 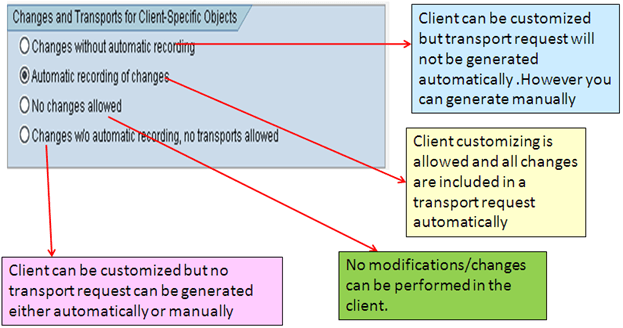 Transport Directory and Its configuration

As an example, in Windows NT, the shared directory location can be accessed using the following address: \\<SAPTRANSHOST>\sapmnt\trans where SAPTRANSHOST (Domain Controller System’s address) is defined in the host’s file in Windows Directory of all SAP systems in the landscape. Domain Controller – is one of the systems in a landscape that acts as an overall controller for change management and transport process in the landscape. Domain Controller is chosen (out of D / Q / P) by the team of system administrators, on the basis of system availability and the time of installation. 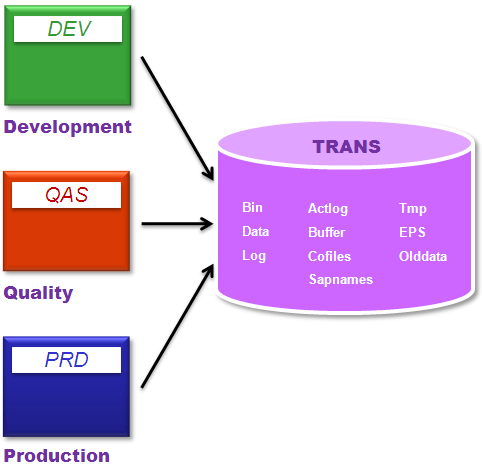 Setting up of Transport Directory and TPPARAM