What is a Process?

An instance of a program is called a Process. In simple terms, any command that you give to your Linux machine starts a new process. 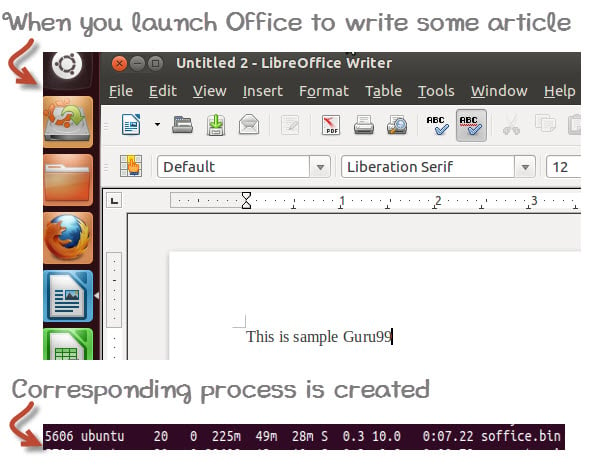 Having multiple processes for the same program is possible.

When using the Terminal, you will have to wait, until the foreground process runs.

Particular, data-intensive tasks take lots of processing power and may even take hours to complete. You do not want your terminal to be held up for such a long time.

To avoid such a situation, you can run the program and send it to the background so that terminal remains available to you. Let’s learn how to do this –

You can use the command “fg” to continue a program which was stopped and bring it to the foreground.

The simple syntax for this utility is:

Let’s look at other important commands to manage processes –

This utility tells the user about all the running processes on the Linux machine.

Press ‘q’ on the keyboard to move out of the process display.

This command stands for ‘Process Status’. It is similar to the “Task Manager” that pop-ups in a Windows Machine when we use Cntrl+Alt+Del. This command is similar to ‘top’ command but the information displayed is different.

To check all the processes running under a user, use the command –

You can also check the process status of a single process, use the syntax –

This command terminates running processes on a Linux machine.

To find the PID of a process simply type

Let us try it with an example.

Linux can run a lot of processes at a time, which can slow down the speed of some high priority processes and result in poor performance.

To avoid this, you can tell your machine to prioritize processes as per your requirements.

This priority is called Niceness in Linux, and it has a value between -20 to 19. The lower the Niceness index, the higher would be a priority given to that task.

The default value of all the processes is 0.

If there is some process already running on the system, then you can ‘Renice’ its value using syntax.

To change Niceness, you can use the ‘top’ command to determine the PID (process id) and its Nice value. Later use the renice command to change the value.

Let us understand this by an example.

This utility reports the free disk space(Hard Disk) on all the file systems.

If you want the above information in a readable format, then use the command

This command shows the free and used memory (RAM) on the Linux system.

You can use the arguments