What is a Computing Environment?

The Computing environment is the Platform(Platform = Operating System+ Processor) where a user can run programs.

What is a Variable?

In computer science, a variable is a location for storing a value which can be a filename, text, number or any other data. It is usually referred to with its Symbolic name which is given to it while creation. The value thus stored can be displayed, deleted, edited and re-saved.

Variables play an important role in computer programming because they enable programmers to write flexible programs. As they are related to the Operating system that we work on, it is important to know some of them and how we can influence them.

What are Environment variables?

Environment variables can change the way a software/programs behave.

E.g. $LANG environment variable stores the value of the language that the user understands. This value is read by an application such that a Chinese user is shown a Mandarin interface while an American user is shown an English interface.

In order to determine value of a variable, use the command

Variables are- Case Sensitive. Make sure that you type the variable name in the right letter case otherwise you may not get the desired results.

The ‘env’ command displays all the environment variables.

You can create your own user defined variable, with syntax

Again, bear in mind that variables are case-sensitive and usually they are created in upper case. 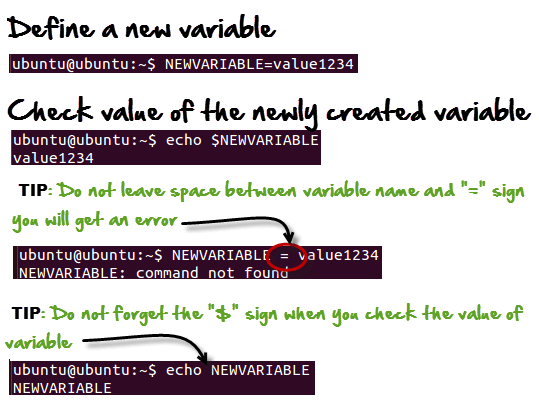 The following syntax can be used to remove a Variable from the system. 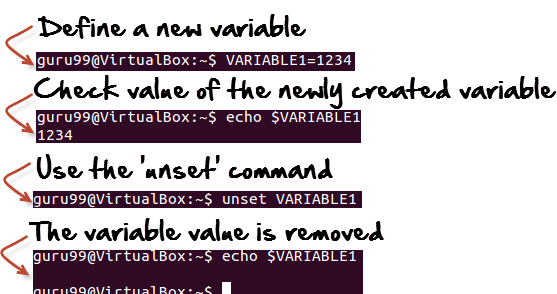 This would remove the Variable and its value permanently.