Penetration Testing Tutorial: What is PenTest? 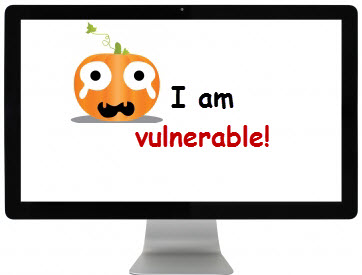 Vulnerability is the risk that an attacker can disrupt or gain authorized access to the system or any data contained within it. Vulnerabilities are usually introduced by accident during software development and implementation phase. Common vulnerabilities include design errors, configuration errors, software bugs etc. Penetration Analysis depends upon two mechanisms namely Vulnerability Assessment and Penetration Testing(VAPT).

Penetration is essential in an enterprise because -

The type of penetration test selected usually depends on the scope and whether the organization wants to simulate an attack by an employee, Network Admin (Internal Sources) or by External Sources. There are three types of Penetration testing and they are

In black-box penetration testing, a tester has no knowledge about the systems to be tested. He is responsible to collect information about the target network or system.

In a white-box penetration testing, the tester is usually provided with complete information about the network or systems to be tested including the IP address schema, source code, OS details, etc. This can be considered as a simulation of an attack by any Internal sources (Employees of an Organization).

In a grey box penetration testing, a tester is provided with partial knowledge of the system. It can be considered as an attack by an external hacker who had gained illegitimate access to an organization's network infrastructure documents.

How to do Penetration Testing

Following are activities needs to be performed to execute Penetration Test - 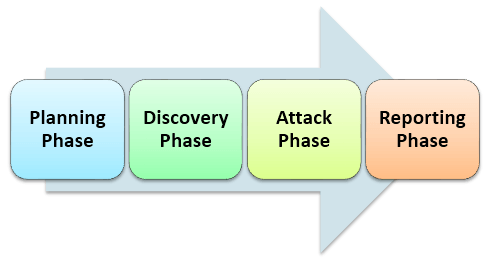 There is a wide variety of tools that are used in penetration testing and the important tools are:

Role and Responsibilities of Penetration Testers:

Penetration Testers job is to:

Following will be side effects when we are doing penetration testing:

Software testing is the process of verifying and validating a software application to check...

What Is Agile Methodology? Agile methodology is a practice that helps continuous iteration of...

What is the Test Case? A TEST CASE is a set of actions executed to verify a particular feature or...

What is Interoperability Testing? INTEROPERABILITY TESTING is a software testing type, that checks...