What is Package in Java?

PACKAGE in Java is a collection of classes, sub-packages, and interfaces. It helps organize your classes into a folder structure and make it easy to locate and use them. More importantly, it helps improve code reusability.

Each package in Java has its unique name and organizes its classes and interfaces into a separate namespace, or name group.

Although interfaces and classes with the same name cannot appear in the same package, they can appear in different packages. This is possible by assigning a separate namespace to each Java package.

The following video takes you through the steps of creating a package.

Let’s study package with an example. We define a class and object and later compile this it in our package p1. After compilation, we execute the code as a java package.

How to Create a package?

Creating a package is a simple task as follows 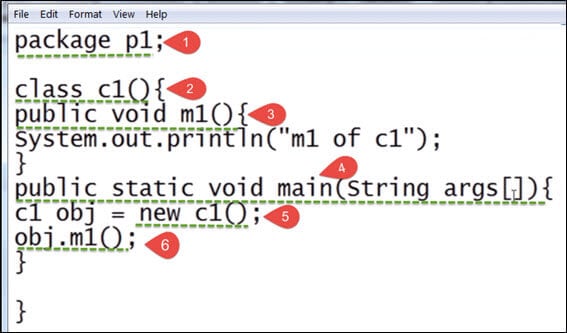 Step 2) In next step, save this file as demo.java 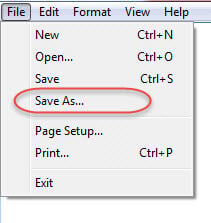 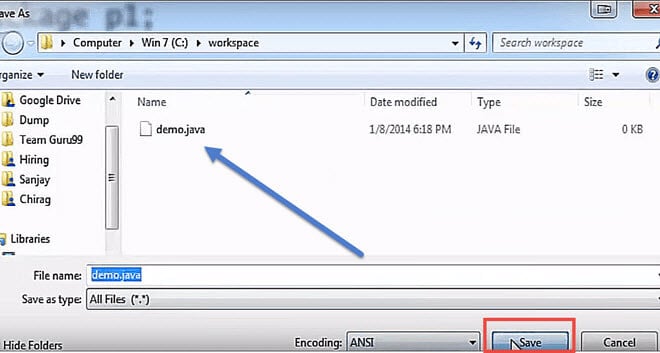 Step 3) In this step, we compile the file.

The compilation is completed. A class file c1 is created. However, no package is created? Next step has the solution

Step 4) Now we have to create a package, use the command


This command forces the compiler to create a package.

Step 5) When you execute the code, it creates a package p1. When you open the java package p1 inside you will see the c1.class file.

File saved in parent directory when above code is executed.

Step 7) Now let’s say you want to create a sub package p2 within our existing java package p1. Then we will modify our code as

As seen in below screenshot, it creates a sub-package p2 having class c1 inside the package.

This is how the package is executed and gives the output as “m1 of c1” from the code file.

How to Import Package

To create an object of a class (bundled in a package), in your code, you have to use its fully qualified name.

But, it could become tedious to type the long dot-separated package path name for every class you want to use. Instead, it is recommended you use the import statement.

Once imported, you can use the class without mentioning its fully qualified name.

Step 1) Copy the code into an editor.

Step 2) Save the file as Demo2.java. Compile the file using the command javac –d . Demo2.java

the java.lang package is imported by default for any class that you create in Java.

The Java API is very extensive, contains classes which can perform almost all your programming tasks right from Data Structure Manipulation to Networking. More often than not, you will be using API files in your code. You can see the API documentation here.