MySQL is cross platform which means it runs on a number of different platforms such as Windows, Linux, and Mac OS etc.

In this MySQL Workbench tutorial, you will learn-

There are a number of relational database management systems on the market.

One may ask why we would choose MySQL over the other database management systems.

The answer to this question depends on a number of factors.

In order to interact with MySQL, you will need a server access tool that can communicate with MySQL server. MySQL supports multiple user connections.

What is MySQL Workbench?

MySQL Workbench is a Visual database designing and modeling access tool for MySQL server relational database. It facilitates creation of new physical data models and modification of existing MySQL databases with reverse/forward engineering and change management functions. The purpose of MySQL workbench is to provide the interface to work with databases more easily and in a more structured way.

The figure shown below shows the modeling window for MySQLWorkbench. 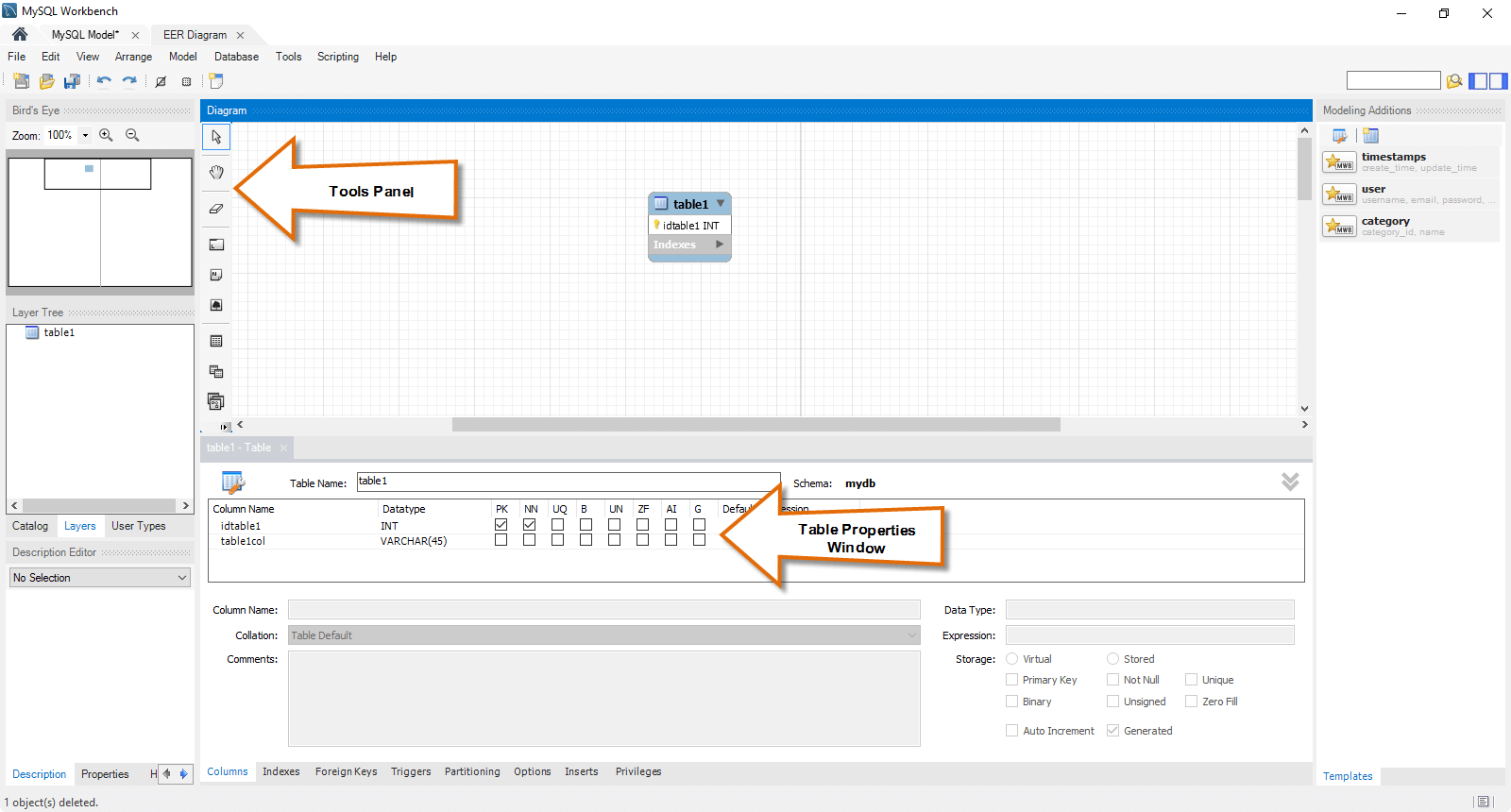 The figure shown below shows the SQL development window for MySQL Workbench. 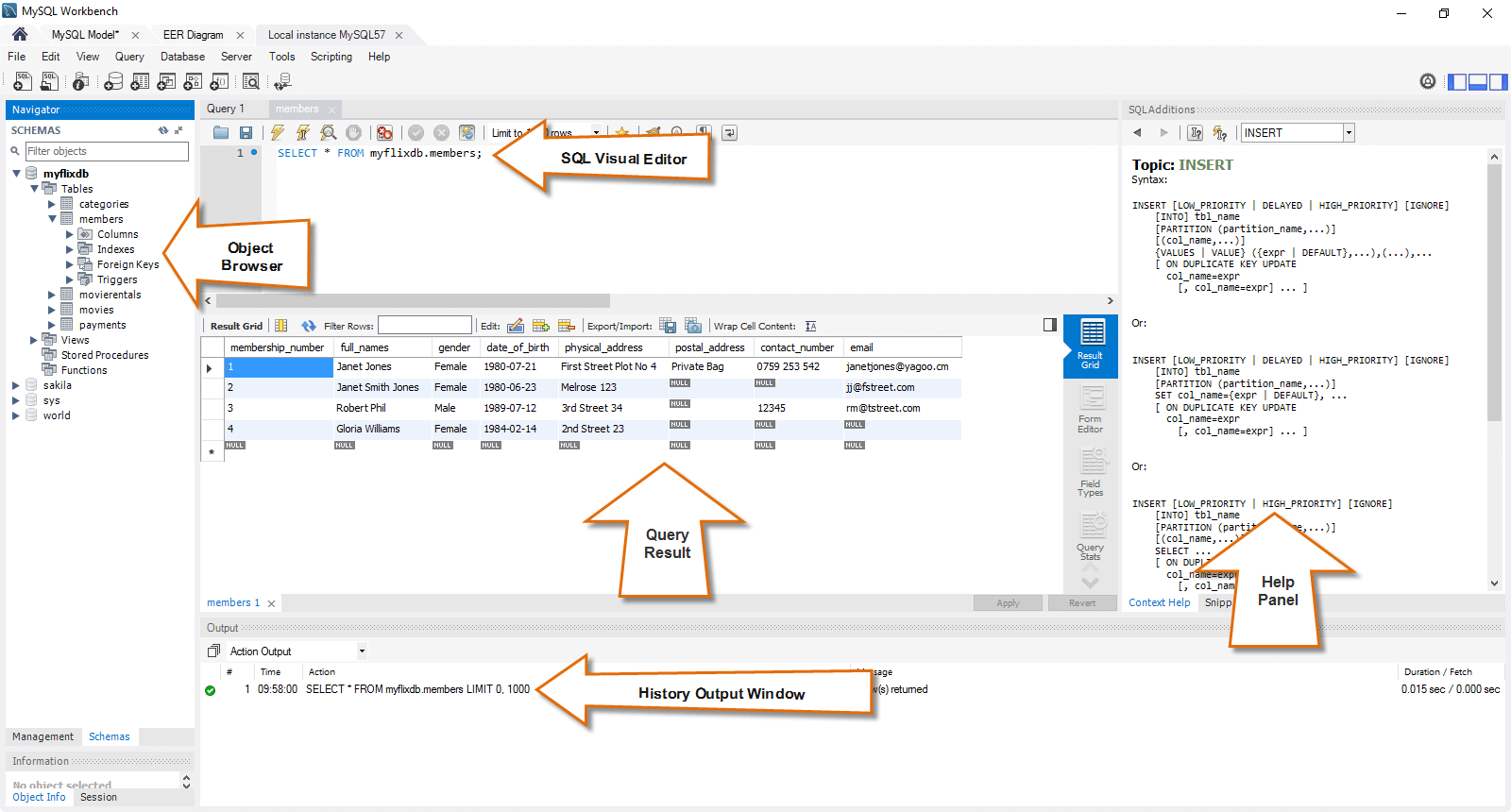 How To Use MySQL Workbench – Administration tool

The figure shown below shows the Admin panel for Workbench MySQL. 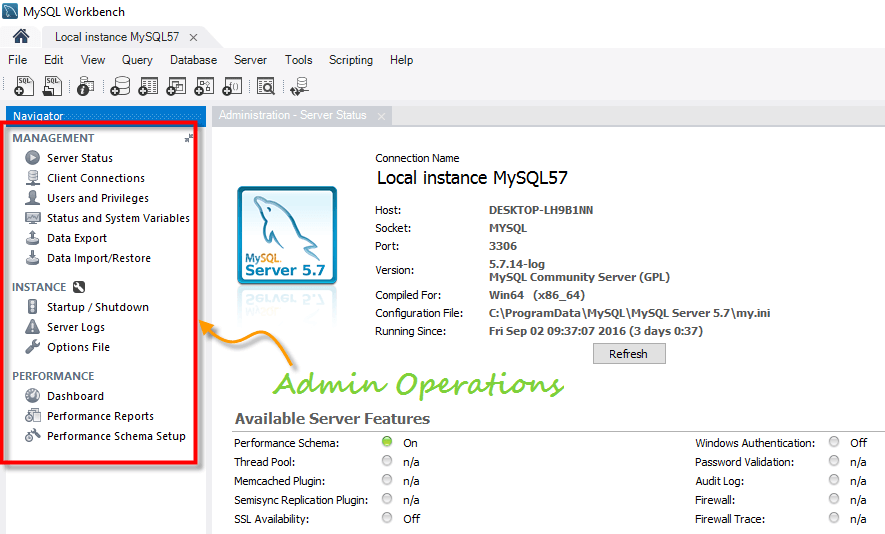 How to Install MySQL workbench (for Windows)

Note: You will require Administrator or Power User Privileges to perform installation.

Once you have finished installing above you need to set up MySQL Workbench as shown below-
Following is a step by step process on How to Install MySQL workbench. 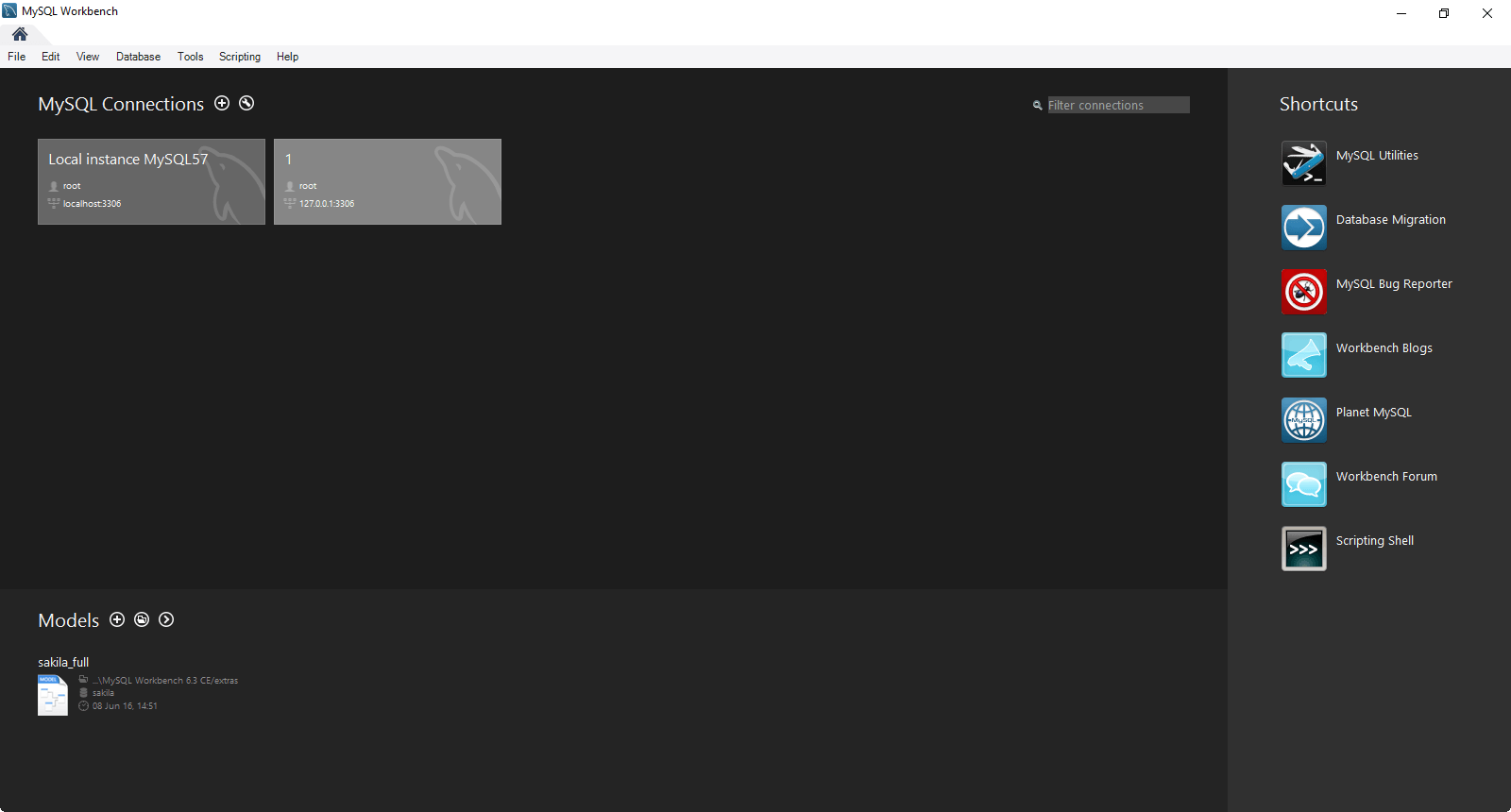 Step 2) Open New Connection Wizard
Next you need to create your MySQL Server Connection which contains details about target database server including how to connect to it. Click ” + “ in MySQL Workbench Home Window. This will open Setup New Connection. Wizard 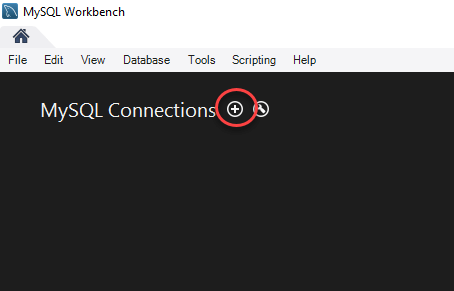 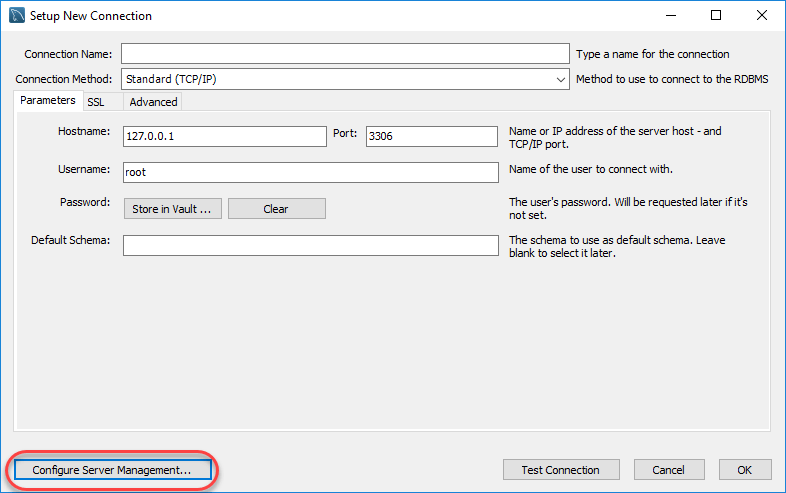 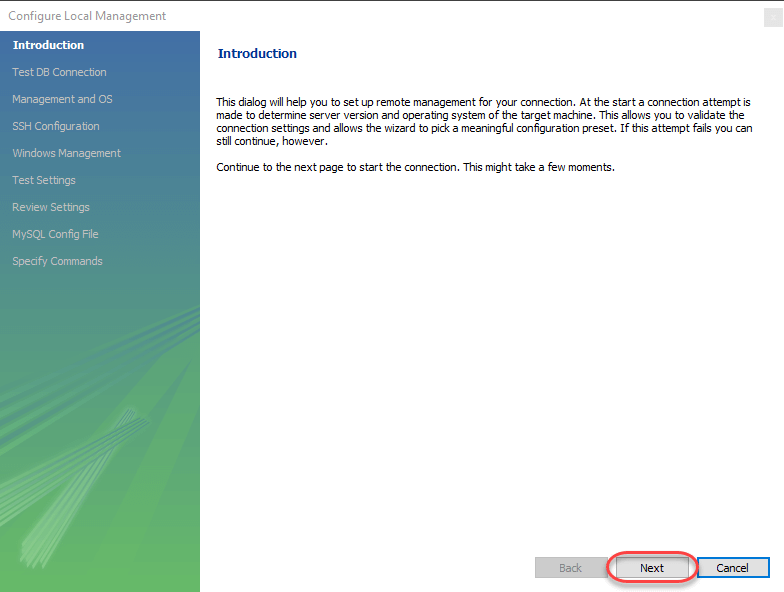 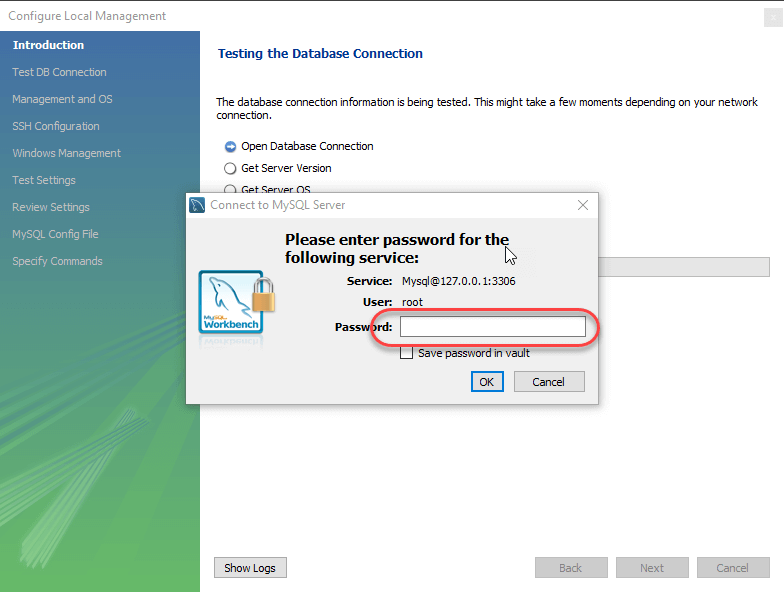 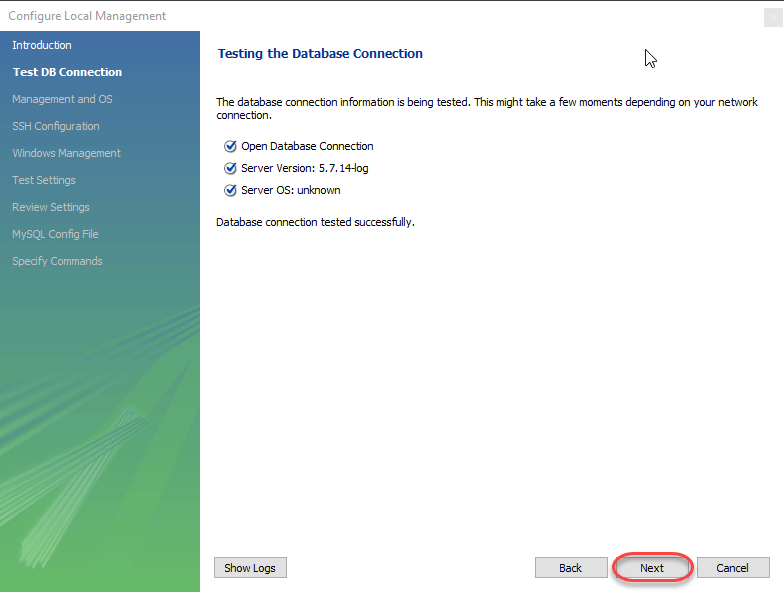 Step 7) Click Next
After that a new wizard will open about Local Service Management – It lets you switch between multiple mysql severs installed on one machines. As a beginner you can bypass this and click Next to continue. 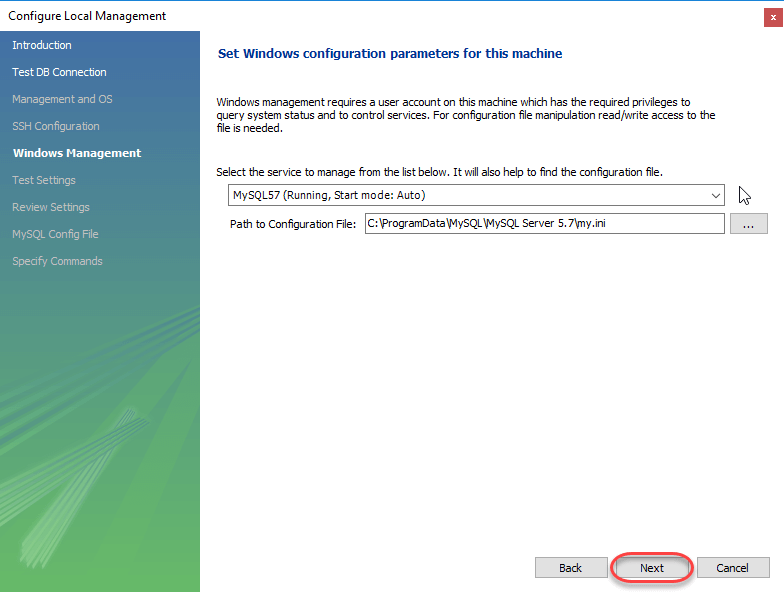 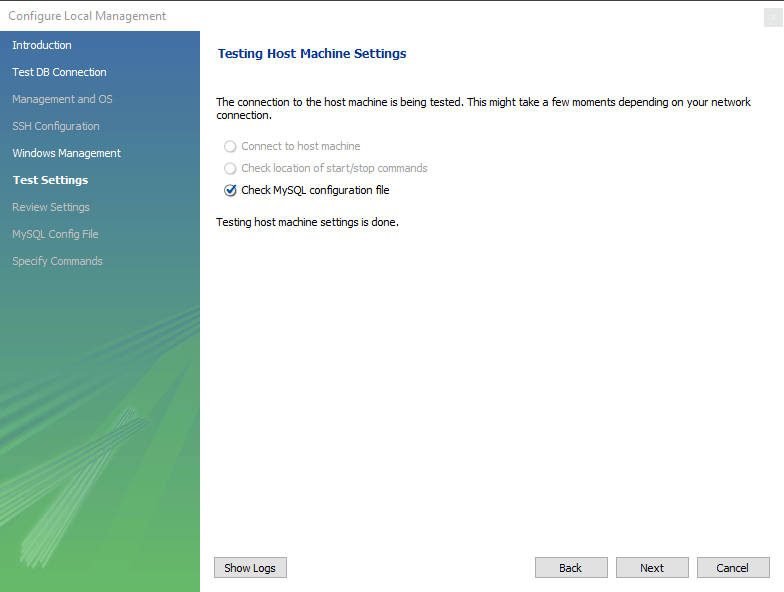 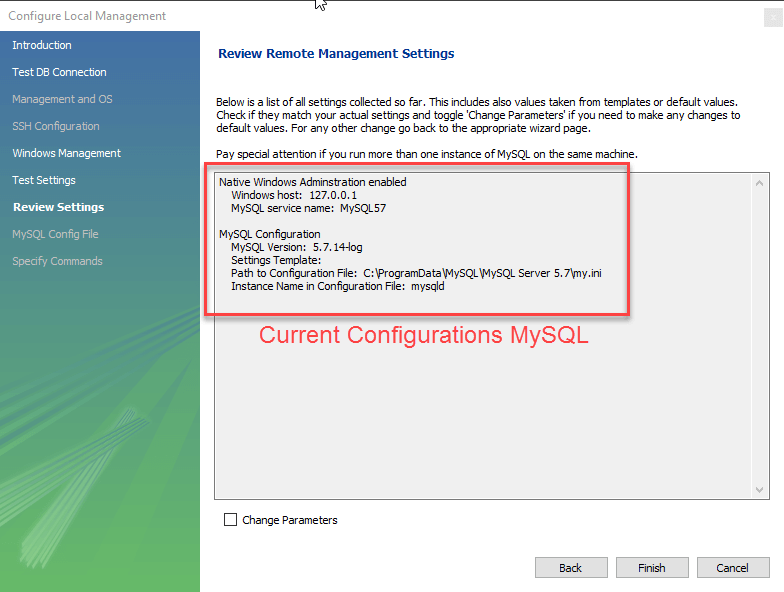 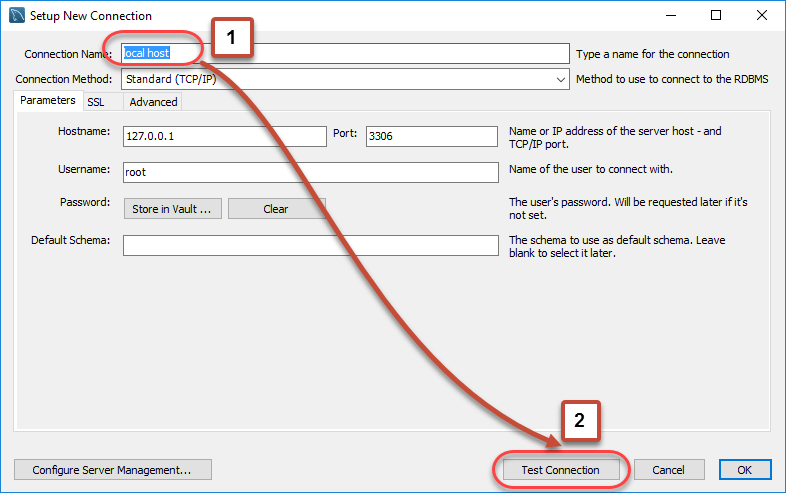 Step 11) Click OK
A new dialog box will open asking you password to root/selected user. If your MySQL root user has a password, you can enter that using Store in Vault feature. Click OK. 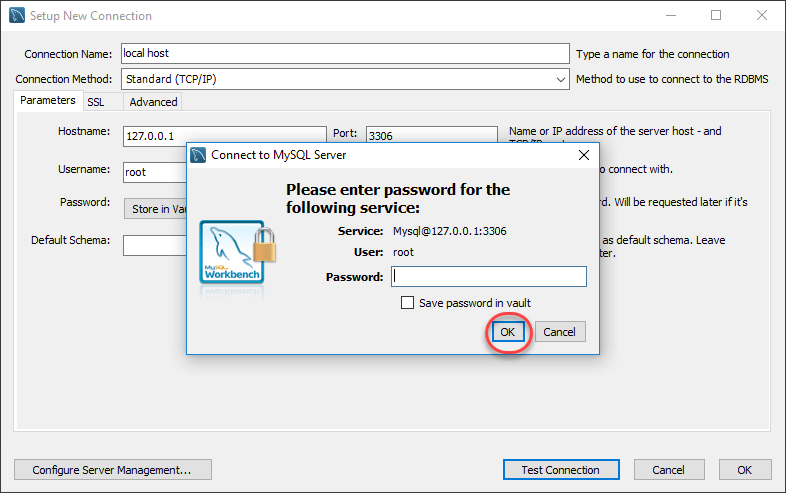 If the entered password for the user is correct then the following screen will show. Click on both OK buttons and you will be good to go. 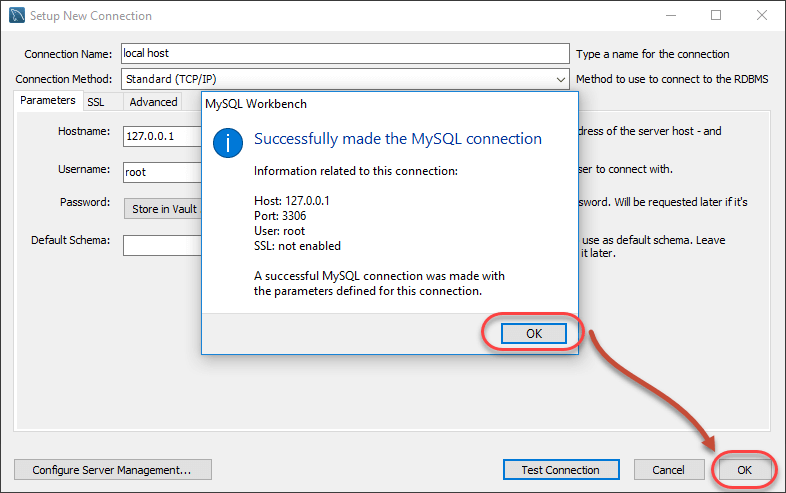 A new instance is shown in the homepage.