In the Test Estimation phase, you estimated that the Guru99 Bank project will be completed in one month. Say you need 5 members to do this project in one month. But your boss thinks differently. 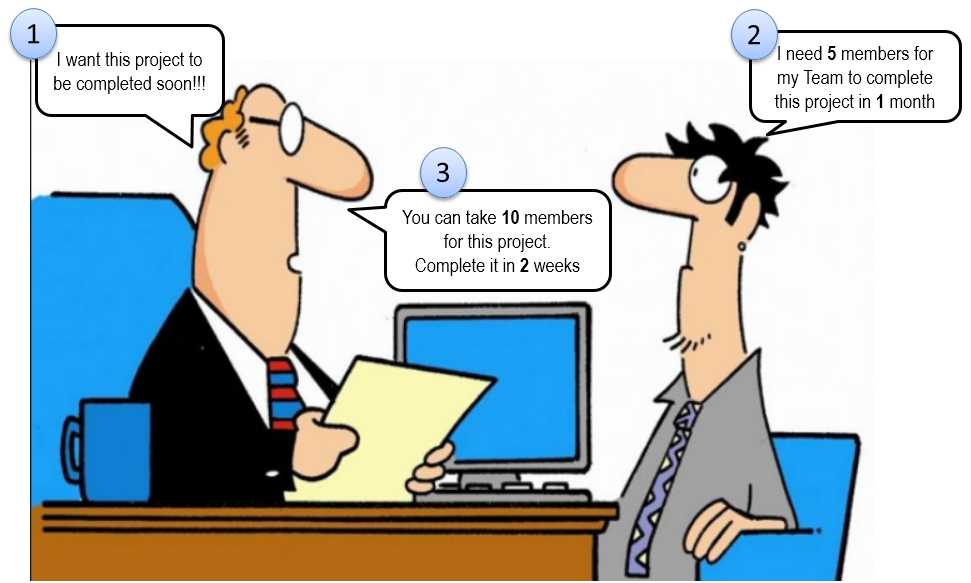 1. Is the boss’s idea is correct? Yes No
Incorrect
Correct

Because the Team cannot be scaled in that way.Too many member in a Team creates a problem in Team Organization & Administration

You cannot simply scale a Team like the formula in the above scenario because :

Team Organization is one of the most complicated tasks in ‘Test Management’. The test team plays a very central role in any software project. A key trait of all successful test managers is organizing and managing a high-performance test team that provides business value to the organization.

What is a ‘Project Team’?

Project Team is a group of people who 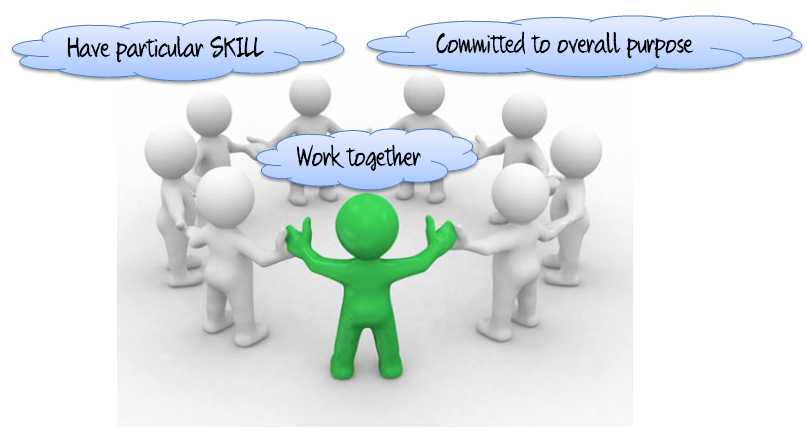 They work together to achieve the overall objective of the project. Test Manager is a person who builds an effective Team and leads them to that success.

How to create a highly effective team?

Following traits are essential to build a highly effective team 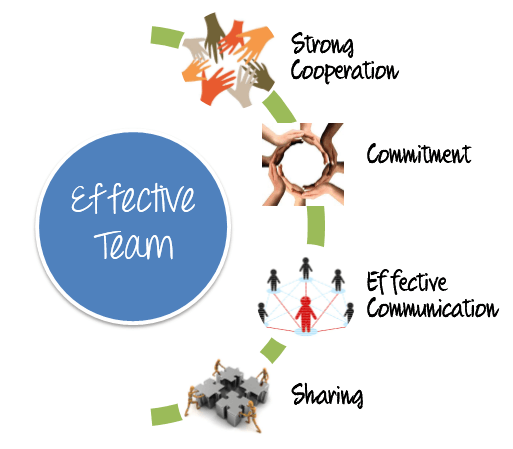 How to build and manage an effective Team?

This topic will give you step-by-step process to organize the Project Team for the Guru99 Bank project. To build and manage an effective Team, you should follow 3 steps as below –

In this step, Test Manager forecasts the overall human resource requirements in accordance with the different project plans.

You may have a question “How does the Test Manager shortlist the team position and their roles? ”

The team composition and size base on the characteristic and functionality of the project. If you understand what type of team you need, you will know how to shortlist the team position and their roles.

Because the characteristic of project Guru99 Bank is testing, you should create a Testing Team to do this project. The size of the team (the number of members in the project team) is based on the volume of the project activities and the complexity of the project.

Normally, a Testing Team is composed of following members:

As per this human resource plan, you need at least 5 members for your project team. Each member will take a different role in the project team, and they must have competencies corresponding to the role assigned to them.

If the project is complex and has a high volume, the project teams should grow in size and scale to meet the complexity. In such case, more than one person may take one role and fulfill their responsibility.

Member’s competencies are an important point that you should consider in resource planning. You have to match members with different competencies to the right task. It means to choose the suitable person for the job.

Suppose you assign a member a developer as a tester in the project Team. His task is to execute the test cases and report the defects to the Test Manager. This task must be completed in one week. But the result is: 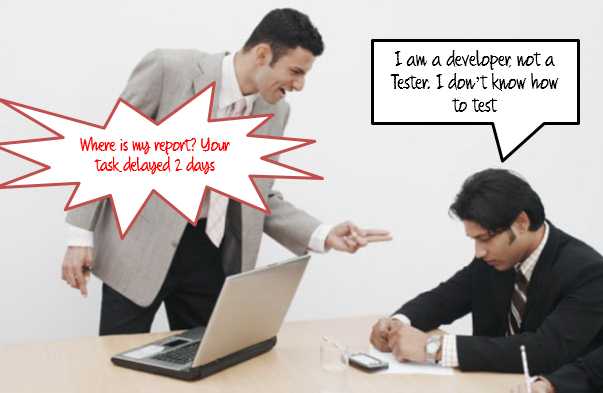 You assigned him to the wrong task. He is a developer, his skill is programming, not testing. Matching member to wrong skill can cause the task to fail, and delay the project.

To avoid this mistake, before assigning members to any task, the Test Manager has to consider many factors:

For example, in the above case, Manager needs to evaluate the training progress of the developer. If the developer is finding it difficult to pick up testing, the manager could consider an alternative training method or consider replacing him.

How can I build a successful team? There’re 4 items are important to help to build an effective team

The first thing, which the Test Manager has to do, is sharing the team mission with the other members. Creating a mission statement requires team members to think about, discuss and come to agreement

For example, the mission for the Guru99 Bank project is to test the net banking facility of the esteemed “Guru99 Bank”. As a Test Manager, you have to share this mission with your team members, show them the importance of the mission in business activity.

What happen if team members don’t know what their role is and what they should do in the project? 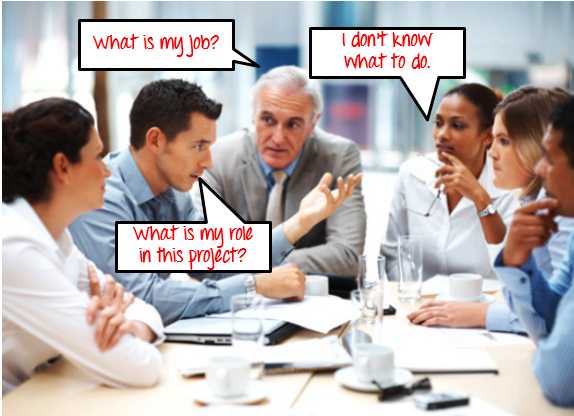 It’s very important in a team environment that team members know what is expected of each of them.

In the project Guru99 Bank, you can hold the team meeting. In the meeting, you have to:

Team rules are guidelines for the ways they will work together. Teams don’t need a lot of rules to work together well, but everyone on the team should agree to the rules and share responsibility for ensuring that they are followed

You can refer some sample of team rules as following 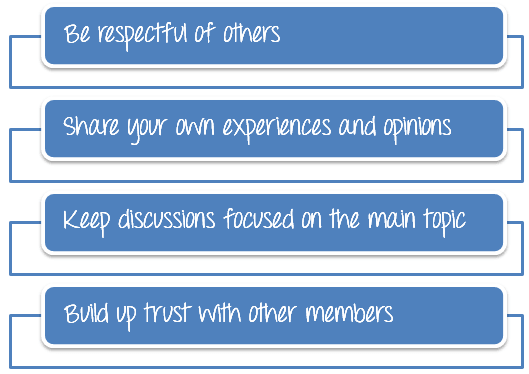 Team work without motivation look like a body without a soul. As Test Manager of a Guru99 project, it is up to you to consistently motivate your team every day.

If you have a motivated team, it will improve your project quality and productivity. You will create a good working environment that empower your member.

If you want to know how to motivate your team, take a look at the People Skill article.

Managing a Team is a very challenging task for Test Manager. You’ll be dealing with different personalities and working styles. The primary goal of a good manager is to get everyone focused, make sure everyone is communicating and keep the project on track.

The following figure shows up the important role of Test Manager. Let’s imagine team members are many zero but without a leader, they’re still zero. But having a Manager, they can be combined and become a big number. 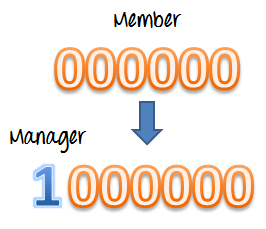 There’re 3 ways to manage a Team as the following figure:

Test Manager must let the members know what they are working for. You have to define the team targets that all members should know and agree. In the project Guru99 Bank, the team target is “test the net banking facility of the Guru99 Bank”

Team targets should be designed and break into the specified task.

Observation helps the Test Manager to check the effectiveness of team member’s work, the project progress, early detection of issues.

A project team, where people with different personality and working styles work together, conflict are bound to happen. People have different viewpoints and under the right set of circumstances, those differences escalate to conflict. The role of Test Manager is to handle that conflict.

Let’s practice with an example

During the project Guru99 banking on the progress, you ask all the team members to update project progress & here is their response. 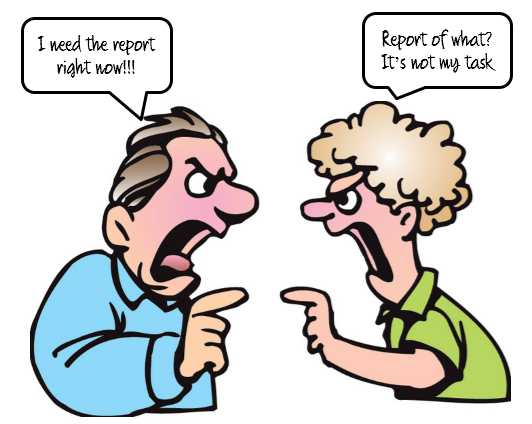 Team members are not cooperating, they want to do things as per their whims and fancies, and do not want to follow any rules. In that case, what will you do?

Blame someone for this issue

Resolve the conflict as soon as possible

There’s some recommended activity, which you can refer, to resolve such conflict

The most important thing throughout the resolving process is to keep communications open for everyone. The people involved need to talk about the conflict and discuss their strong feelings.

Conflict can be detected and dealt directly and quickly. By respecting differences between people, being able to resolve conflict when it happens, and also working to prevent it, you will be able to maintain a healthy and creative team atmosphere.