What is Gherkin Language?

Gherkin is a business readable language which helps you to describe business behavior without going into details of implementation. It is a domain specific language for defining tests in Cucumber format for specifications. It uses plain language to describe use cases and allows users to remove logic details from behavior tests.

The text in Gherkin langauge acts as documentation and skeleton of your automated tests. Gherkin format is based on TreeTop Grammar which exists in 37+ languages. Therefore you can write your gherkin in 37+ spoken languages.

In this Gherkin tutorial, you will learn


The need for Gherkin can be easily explained by following images 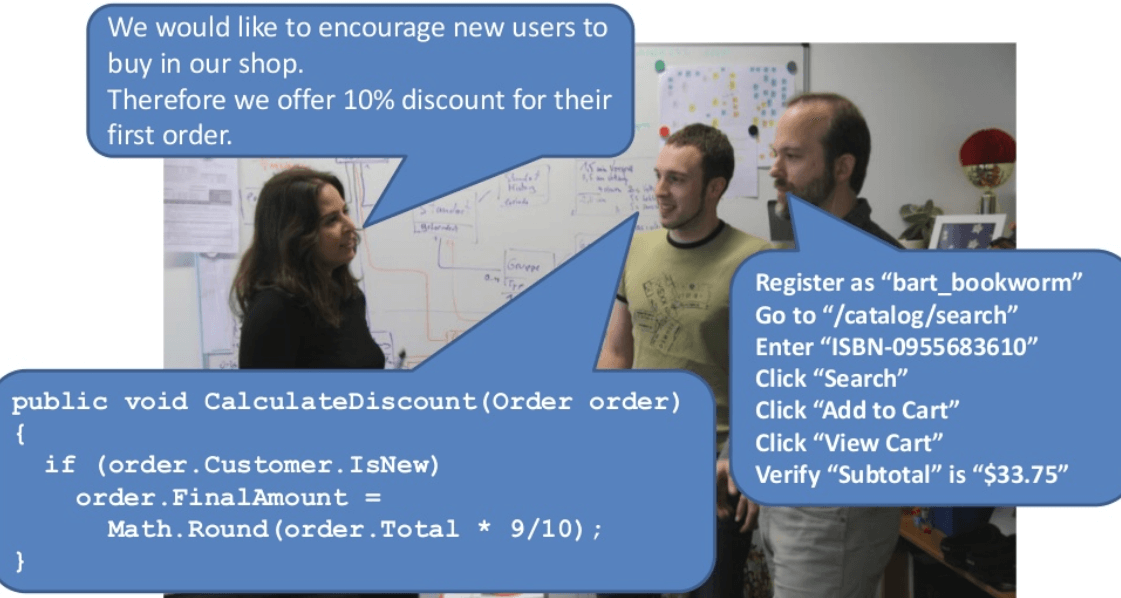 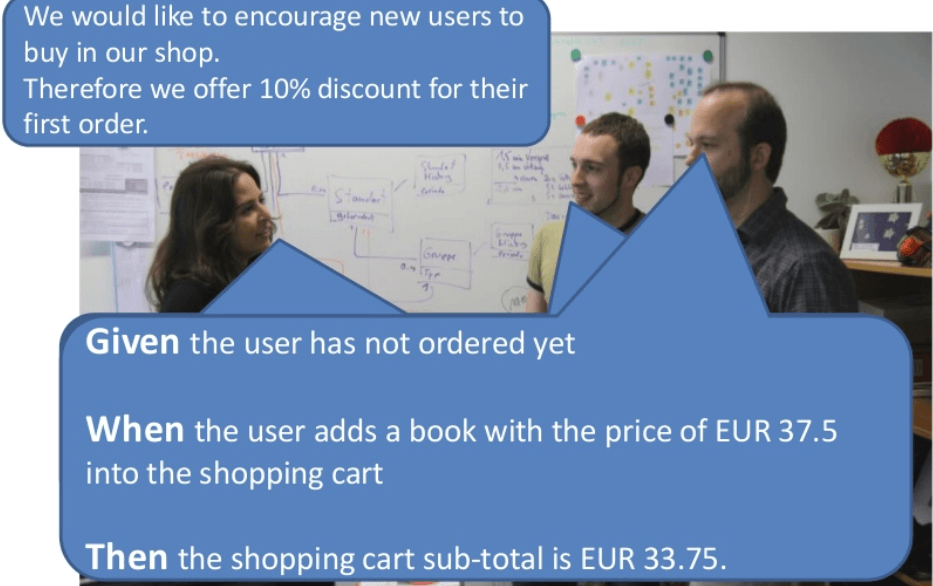 Gherkin is line-oriented language just like YAML and Python. Each line called step and starts with keyword and end of the terminals with a stop. Tab or space are used for the indentation.

In this script, a comment can be added anywhere you want, but it should start with a # sign. It read each line after removing Ghrekin’s keywords as given, when, then, etc.

Gherkin Scripts: connects the human concept of cause and effect to the software concept of input/process/output.

A Gherkin document has an extension .feature and simply just a test file with a fancy extension. Cucumber reads Gherkin document and executes a test to validate that the software behaves as per the Gherkin syntax.

The naming convention is used for feature name. However, there is no set rules in Cucumber about names.

Each feature file may have multiple scenarios, and each scenario starts with Scenario: followed by scenario name.

Background keyword helps you to add some context to the scenario. It can contain some steps of the scenario, but the only difference is that it should be run before each scenario.

The use of Given keyword is to put the system in a familiar state before the user starts interacting with the system. However, you can omit writing user interactions in Given steps if Given in the “Precondition” step.

When the step is to define action performed by the user.

The use of ‘then’ keyword is to see the outcome after the action in when step. However, you can only verify noticeable changes.

You may have multiple given when or Then.

Given, When, Then, and, but are test steps. You can use them interchangeably. The interpreter doesn’t display any error. However, they will surely not make any ‘sense’ when read.

The scenario mentioned above is of a feature called user login.

All the words written in bold are Gherkin keywords.