In this tutorial you will learn:

Dialog programs are created with type as 'M' – Module Pool. They cannot be executed independently and must be attached to at least one transaction code in which you specify an initial screen.

Difference between Report and Dialog Programs 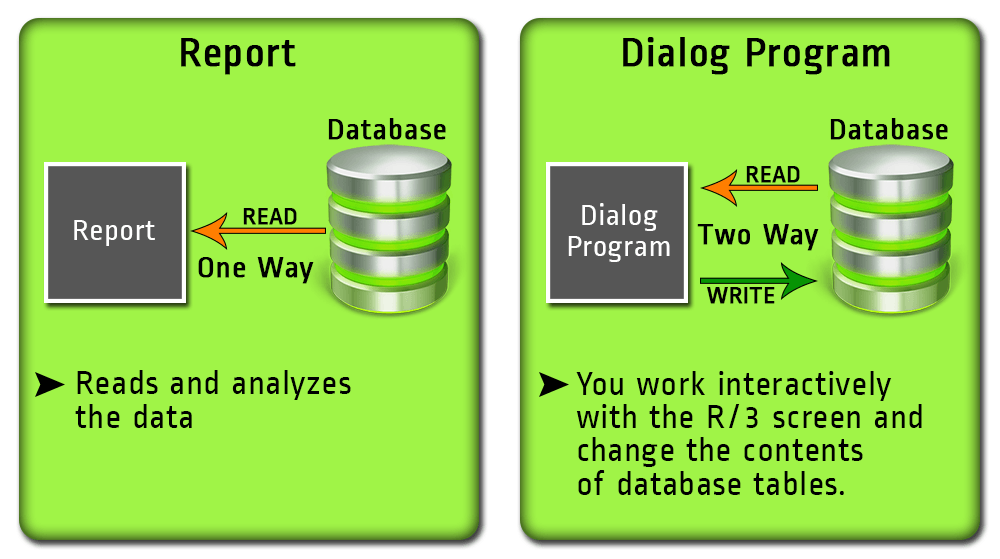 A report is a program that typically reads and analyzes data in database tables without changing the database.

A dialog program allows you to work interactively with the system and to change the contents of the database tables. Each dialog program has a certain sequence of screens that are processed by the system one after the other.

The components of a dialog program are:

Structure of a Dialog Program 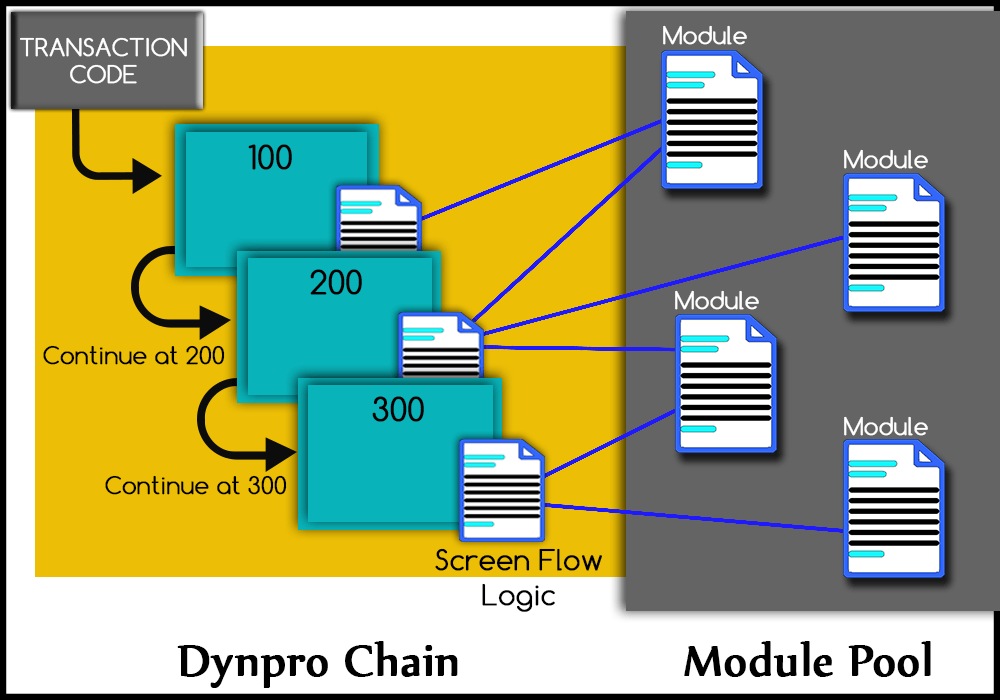 Process Flow for a Dialog Program 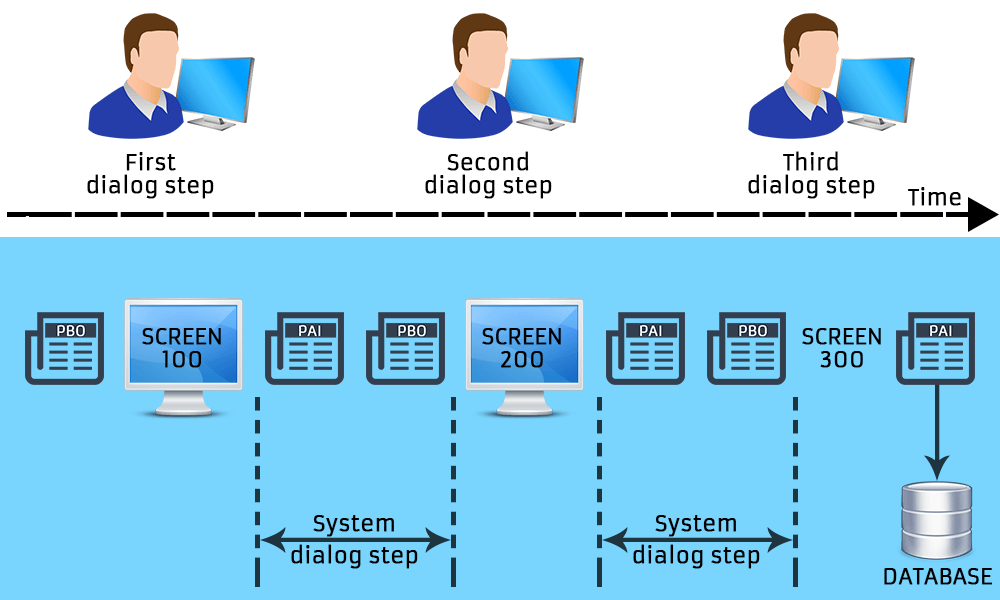