What is Defect Density?

Defect Density is the number of defects confirmed in software/module during a specific period of operation or development divided by the size of the software/module. It enables one to decide if a piece of software is ready to be released.

Defect density is counted per thousand lines of code also known as KLOC.

How to calculate Defect Density

A formula to measure Defect Density:

Size of release can be measured in terms of a line of code (LoC).

Suppose, you have 3 modules integrated into your software product. Each module has the following number of bugs discovered-

The total line of code for each module is

Defect Density is calculated as: 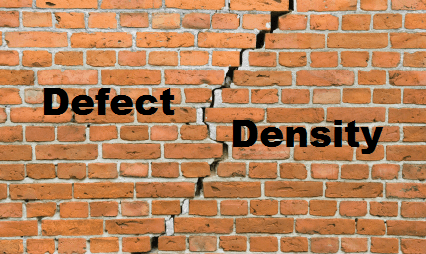 A standard for defect density

However, there is no fixed standard for bug density, studies suggest that one Defect per thousand lines of code is generally considered as a sign of good project quality.