What is an VBA Array?

An array is defined as a memory location capable of storing more than one value. The values must all be of the same data type. Let's say you want to store a list of your favourite beverages in a single variable, you can use an array to do that.

By using an array, you can refer to the related values by the same name. You can use an index or subscript to tell them apart. The individual values are referred as the elements of the array. They are contiguous from index 0 through the highest index value.

In this VBA Programming tutorial, you will learn-

What are Advantages of arrays?

The following are some of the benefits offered by array function

The syntax for declaring STATIC arrays is as follows:

The syntax for declaring DYNAMIC arrays is as follows:

An array can be one dimension, two dimensions or multidimensional.

How to use Array in Excel VBA

We will create a simple application. This application populates an Excel sheet with data from an array variable. In this example, we are going to do following things.

Let do this exercise step by step,

Note: This section assumes you are familiar with the process of creating an interface in excel. If you are not familiar, read the tutorial VBA Excel Form Control & ActiveX Control. It will show you how to create the interface 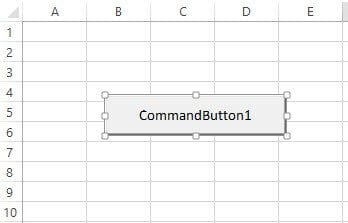 Your GUI should now be as follows 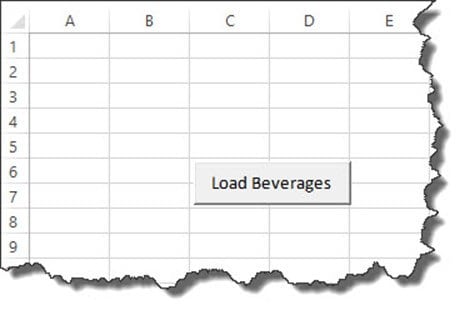 We will now write the code for our application

Select the developer tab and ensure that the Design mode button is "off." The indicator is, it will have a white background and not a coloured (greenish) background. (See image below) 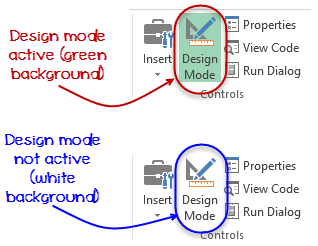 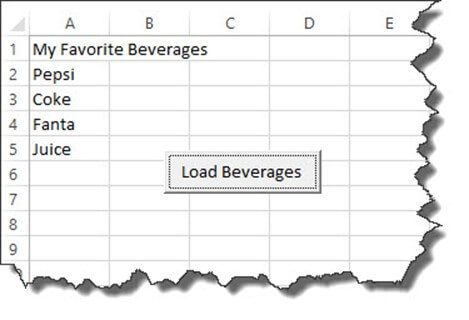 VBA String Operators String data is used to hold data that is made up of numbers, characters, and...

What is VBA Range? The VBA Range Object represents a cell or multiple cells in your Excel...

What is an Excel Macro? EXCEL MACRO is a record and playback tool that simply records your Excel...

Creating VBA Form/GUI controls in Excel GUI is the acronym for Graphical User Interface. The GUI...