What is Tableau Group?

A Tableau Group is a set of multiple members combined in a single dimension to create a higher category of the dimension. Tableau allows the grouping of single-dimensional members and automatically creates a new dimension adding the group at the end of the name. Tableau does not do anything with the original dimension of the members.

Data present in the visualization and worksheet can be sort based on the requirement. It can sort the data based on data source order, ascending, descending or depend on any measured value.

The procedure for sorting is given as follows.

Step 1) Go to a Worksheet and drag a dimension and measure as given in the image. 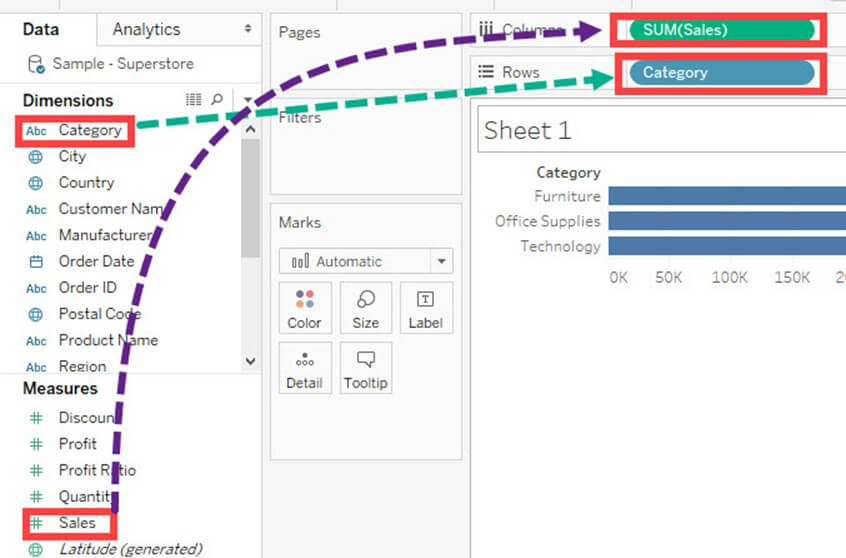 It creates a bar chart by default. Category Present in the visual is sorted based on data source order by default. We can change the sort order by following the below procedure. 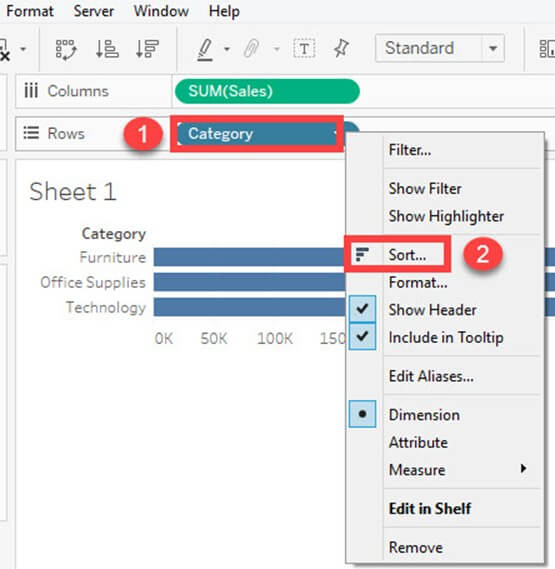 It opens the Sort window. The options present inside the sort window is explained as follows. 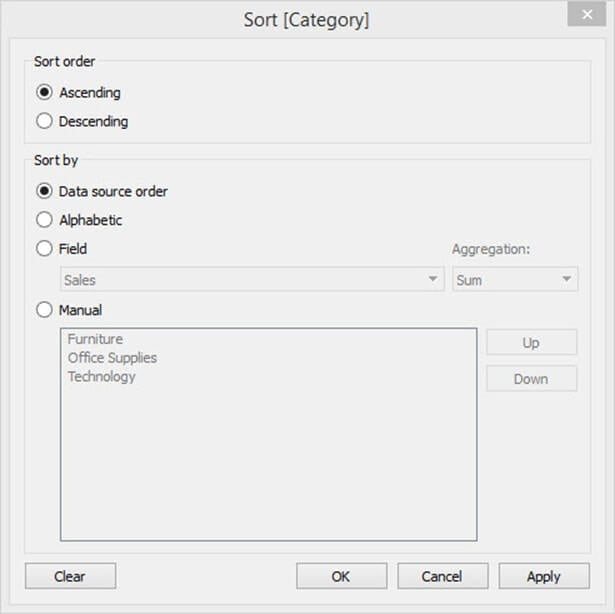 The field can be sorted by different types of methods. It is explained as follows.

In this example, the category is sorted based on another field namely ‘Sales.’ 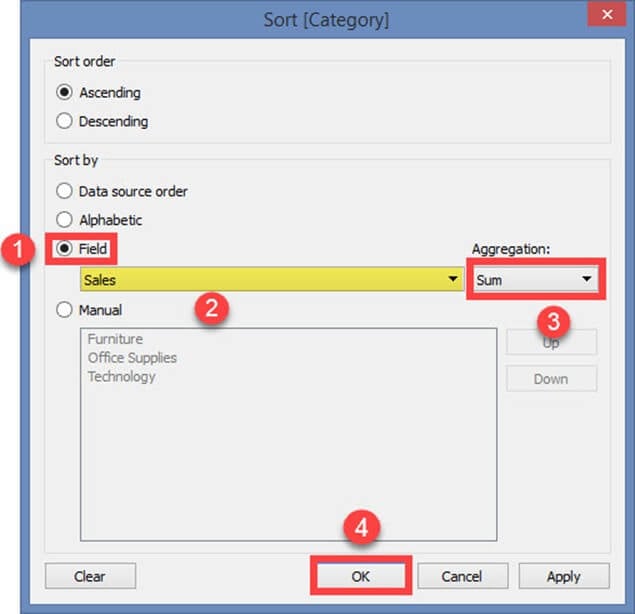 The above example filters the category field based on the sum of sales in ascending order.

It sorts the data as shown in the figure. 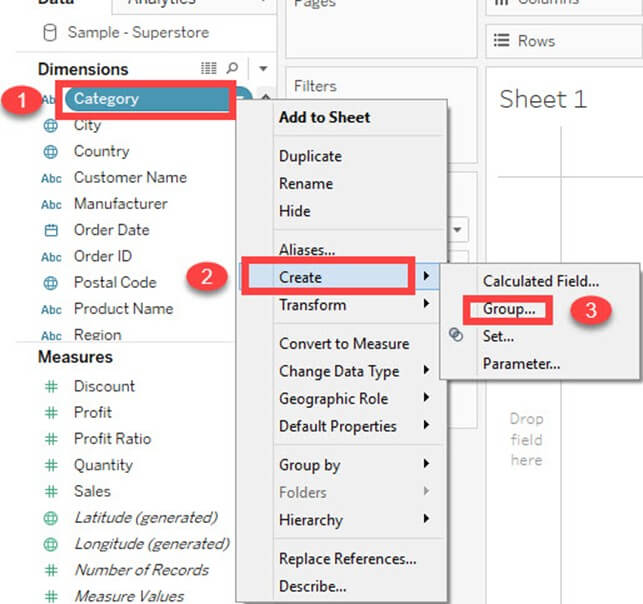 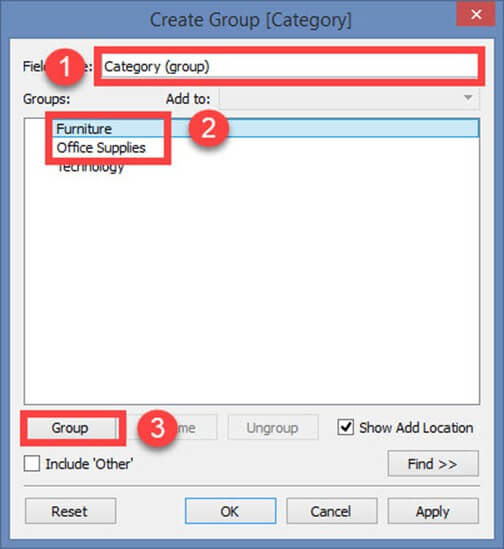 1. It creates groups in Tableau of ‘Furniture’ and ‘Office supplies’. 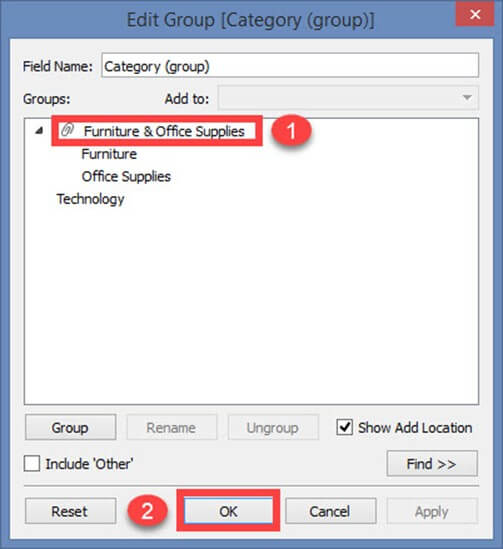 It created a group in Tableau with the name of Category (Group) and added in the dimension list. This can be used for visualizing the group by in Tableau method for members present in a field.

The following image explains the functionality of Tableau create group. The sum of sales is visualized for both furniture and office supplies for grouping in Tableau. 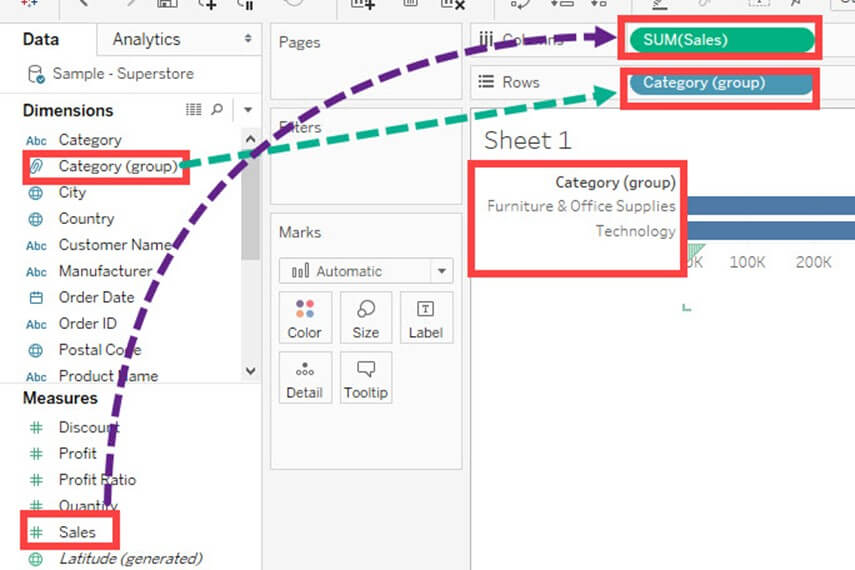 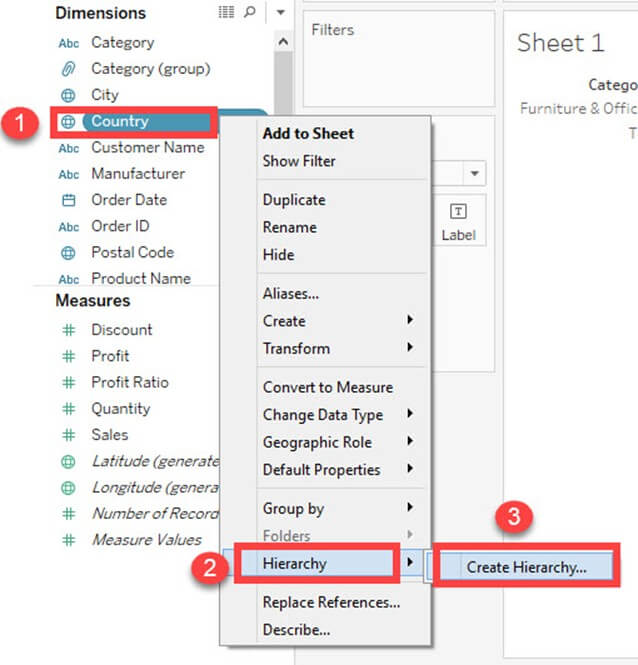 It creates a Hierarchy as shown in the image. 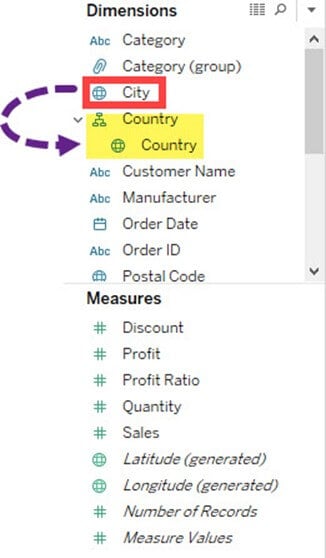 You can add another field to the box and create the hierarchy. In this example, the city is added into a country hierarchy. 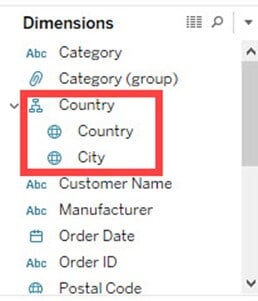 Sets create a set of members out of the field present in a data set. It acts as a separated field or dimension. The procedure to build sets is given as follows. 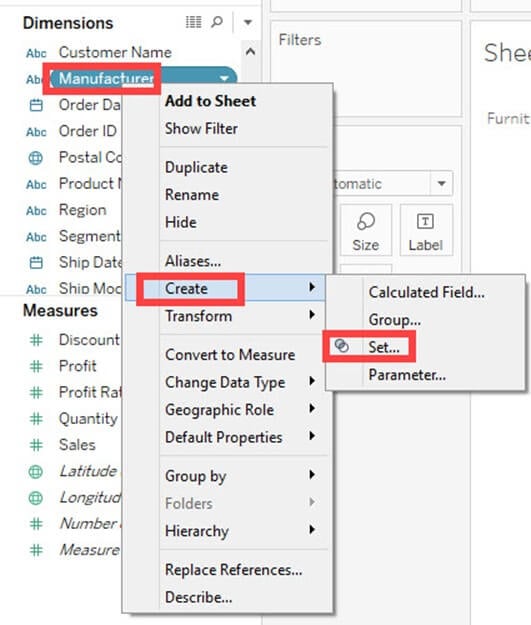 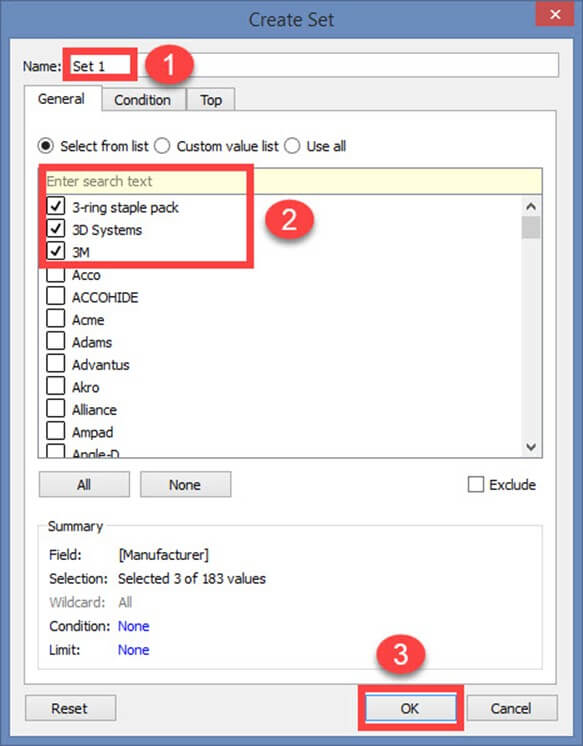 This creates a set of the given name.