What is Syntax Analysis?

Syntax Analysis is a second phase of the compiler design process in which the given input string is checked for the confirmation of rules and structure of the formal grammar. It analyses the syntactical structure and checks if the given input is in the correct syntax of the programming language or not.

Syntax Analysis in Compiler Design process comes after the Lexical analysis phase. It is also known as the Parse Tree or Syntax Tree. The Parse Tree is developed with the help of pre-defined grammar of the language. The syntax analyser also checks whether a given program fulfills the rules implied by a context-free grammar. If it satisfies, the parser then creates the parse tree of that source program. Otherwise, it will display error messages.

Why do you need Syntax Analyser?

Why do we need Parsing? 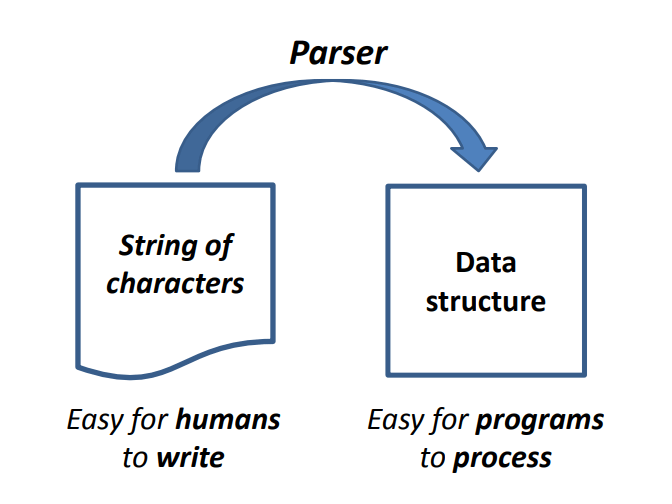 A parse also checks that the input string is well-formed, and if not, reject it. 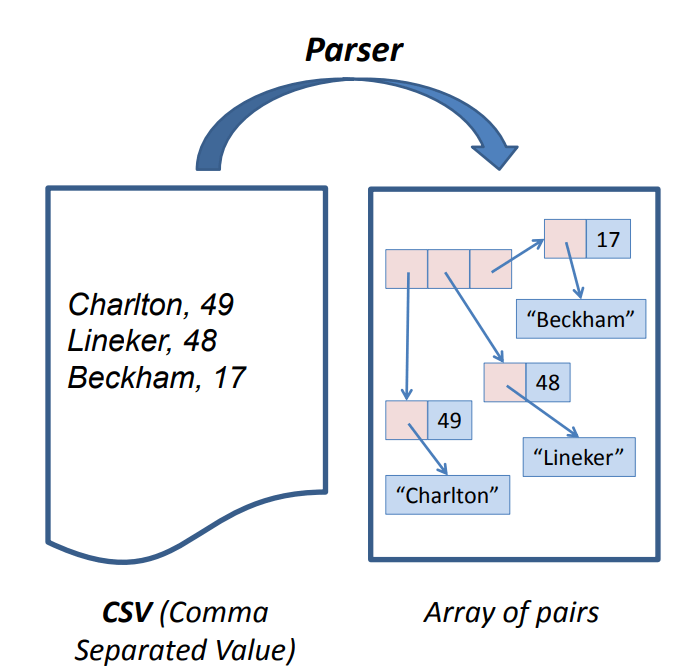 Following are important tasks perform by the parser in compiler design:

In the top-down parsing construction of the parse tree starts at the root and then proceeds towards the leaves.

Two types of Top-down parsing are:

Predictive parse can predict which production should be used to replace the specific input string. The predictive parser uses look-ahead point, which points towards next input symbols. Backtracking is not an issue with this parsing technique. It is known as LL(1) Parser

This parsing technique recursively parses the input to make a prase tree. It consists of several small functions, one for each nonterminal in the grammar.

Common Errors that occur in Parsing in System Software

A parser should able to detect and report any error found in the program. So, whenever an error occurred the parser. It should be able to handle it and carry on parsing the remaining input. A program can have following types of errors at various compilation process stages. There are five common error-recovery methods which can be implemented in the parser

A grammar is a set of structural rules which describe a language. Grammars assign structure to any sentence. This term also refers to the study of these rules, and this file includes morphology, phonology, and syntax. It is capable of describing many, of the syntax of programming languages.

It is a choice of the alternative which may use the symbol within the single rule. It may be enclosed by parenthesis ([,] ) when needed.

Grammar derivation is a sequence of grammar rule which transforms the start symbol into the string. A derivation proves that the string belongs to the grammar’s language.