What are the Phases of Compiler Design?

Compiler operates in various phases each phase transforms the source program from one representation to another. Every phase takes inputs from its previous stage and feeds its output to the next phase of the compiler.
There are 6 phases in a compiler. Each of this phase help in converting the high-level langue the machine code. The phases of a compiler are:

Lexical Analysis is the first phase when compiler scans the source code. This process can be left to right, character by character, and group these characters into tokens.
Here, the character stream from the source program is grouped in meaningful sequences by identifying the tokens. It makes the entry of the corresponding tickets into the symbol table and passes that token to next phase.
The primary functions of this phase are:

Syntax analysis is all about discovering structure in code. It determines whether or not a text follows the expected format. The main aim of this phase is to make sure that the source code was written by the programmer is correct or not.
Syntax analysis is based on the rules based on the specific programing language by constructing the parse tree with the help of tokens. It also determines the structure of source language and grammar or syntax of the language.
Here, is a list of tasks performed in this phase: 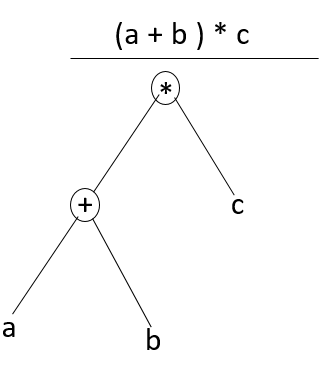 Semantic analysis checks the semantic consistency of the code. It uses the syntax tree of the previous phase along with the symbol table to verify that the given source code is semantically consistent. It also checks whether the code is conveying an appropriate meaning.
Semantic Analyzer will check for Type mismatches, incompatible operands, a function called with improper arguments, an undeclared variable, etc.
Functions of Semantic analyses phase are:

In the above code, the semantic analyzer will typecast the integer 30 to float 30.0 before multiplication

Intermediate code with the help of address code method is:

The next phase of is code optimization or Intermediate code. This phase removes unnecessary code line and arranges the sequence of statements to speed up the execution of the program without wasting resources. The main goal of this phase is to improve on the intermediate code to generate a code that runs faster and occupies less space.
The primary functions of this phase are:

Code generation is the last and final phase of a compiler. It gets inputs from code optimization phases and produces the page code or object code as a result. The objective of this phase is to allocate storage and generate relocatable machine code.
It also allocates memory locations for the variable. The instructions in the intermediate code are converted into machine instructions. This phase coverts the optimize or intermediate code into the target language.
The target language is the machine code. Therefore, all the memory locations and registers are also selected and allotted during this phase. The code generated by this phase is executed to take inputs and generate expected outputs.

In the compiler design process error may occur in all the below-given phases:

Most common errors are invalid character sequence in scanning, invalid token sequences in type, scope error, and parsing in semantic analysis.
The error may be encountered in any of the above phases. After finding errors, the phase needs to deal with the errors to continue with the compilation process. These errors need to be reported to the error handler which handles the error to perform the compilation process. Generally, the errors are reported in the form of message.