It is used to print preformatted text in pre-formatted forms. 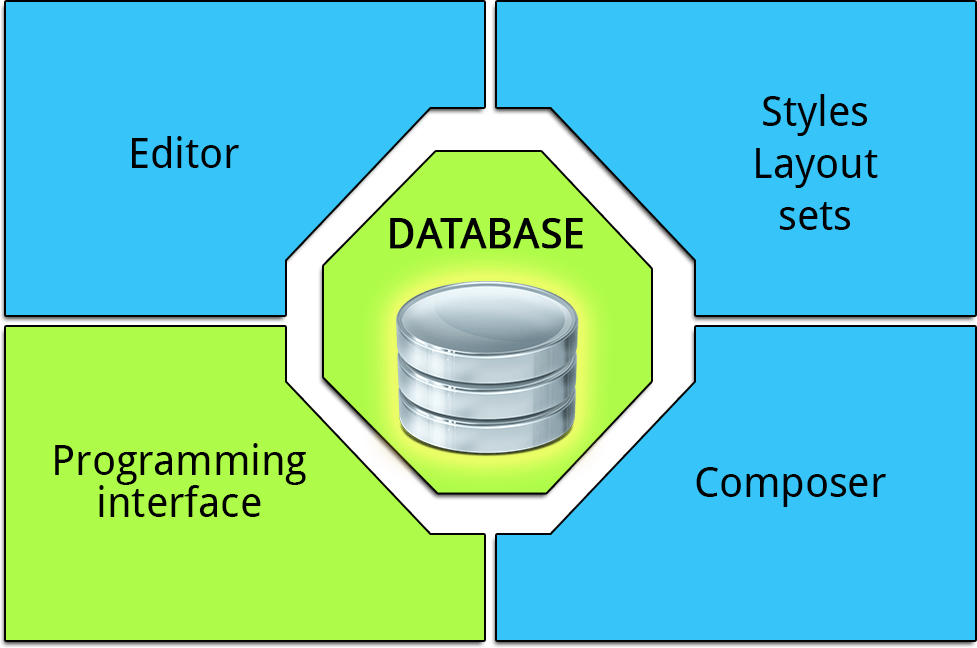 To output documents using the programming interface, R/3 application programs need so-called layout sets (a kind of form).In SAP script a layout set describes the layout of the individual print pages and uses text elements to supply definable output blocks, which a print program can call.A layout set can be defined as a page design for a document

The purpose of “control commands” is to allow control of the output formatting.These commands are not interpreted by the SAP script editor, but are passed through to the SAP script Composer for processing. This includes, for example, line and page formatting, the formatting of text according to the paragraph and character formats specified.

The execution of script is done through an ABAP program, which is referred as Print Program. Each print program should have an ENTRY form , which will be called from customization.

For a standard configuration we can see the form name (script name), print program name and output type in the table TNAPR.The print program uses the Form control functions to call the script.

All the output types for any document (e.g. billing document) will be stored in the table NAST.Output types are executed through the program RSNAST00 .

Standard Texts for your report can be created using transaction SO10

Graphics and printer macros are uploaded with report RSTXLDMC into individual standard text documents or through transaction SE78. Graphics are uploaded in “Baseline TIFF 6.0” format (.tif files on PC)

SAP Script is a client dependent object.Unlike programs, changes done to SAP script in one client will not be reflected in other clients. For copying script from one client to another, go to SE71 and use “Copy from Client” option available under Utilities menu or import the transport request, in which the script is saved, from the original client using the transaction SCC1 .