What is Round-Robin Scheduling?

The name of this algorithm comes from the round-robin principle, where each person gets an equal share of something in turns. It is the oldest, simplest scheduling algorithm, which is mostly used for multitasking.

In Round-robin scheduling, each ready task runs turn by turn only in a cyclic queue for a limited time slice. This algorithm also offers starvation free execution of processes.

In this Operating system tutorial, you will learn:

Here are the important characteristics of Round-Robin Scheduling: 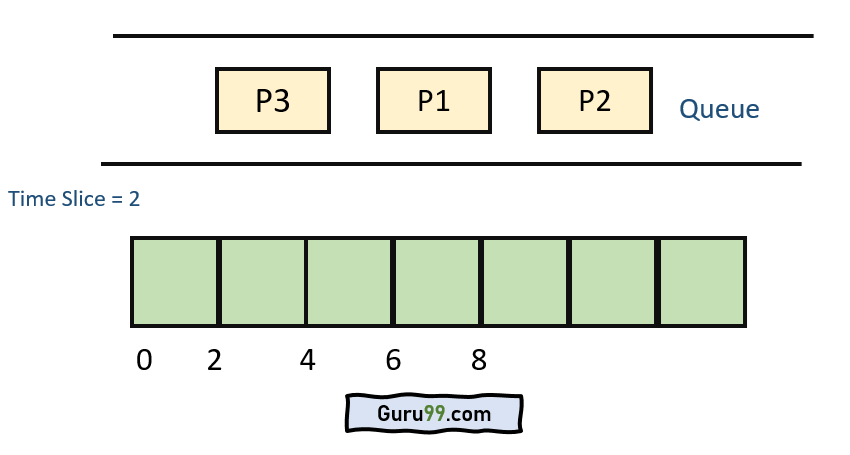 Step 1) The execution begins with process P1, which has burst time 4. Here, every process executes for 2 seconds. P2 and P3 are still in the waiting queue. 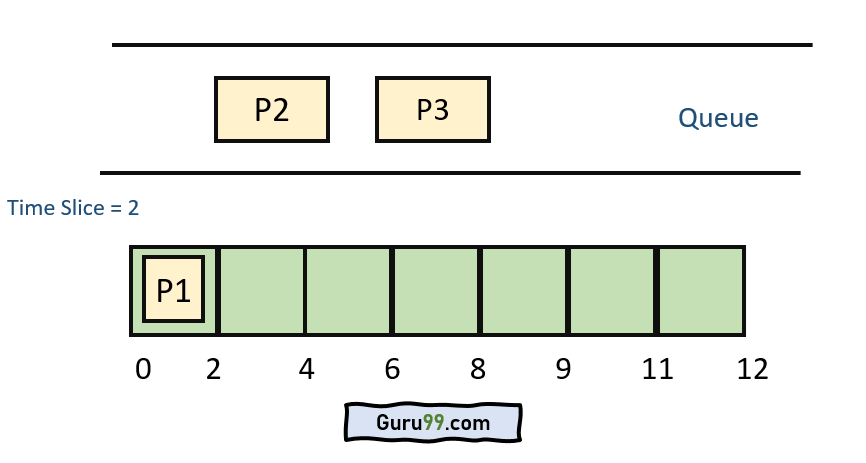 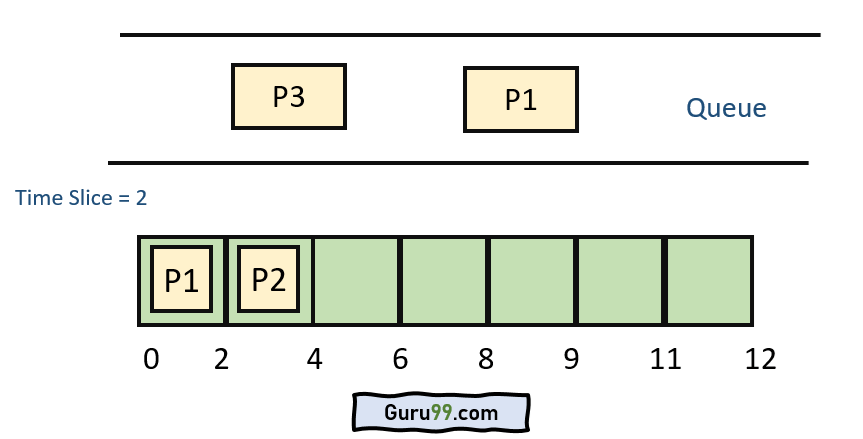 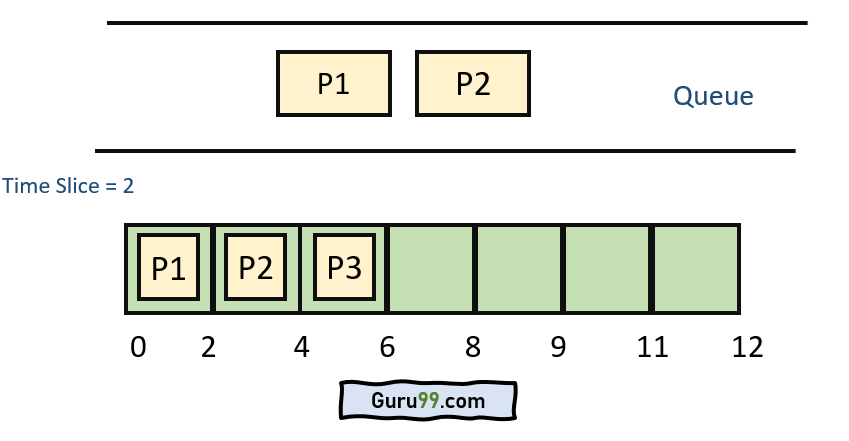 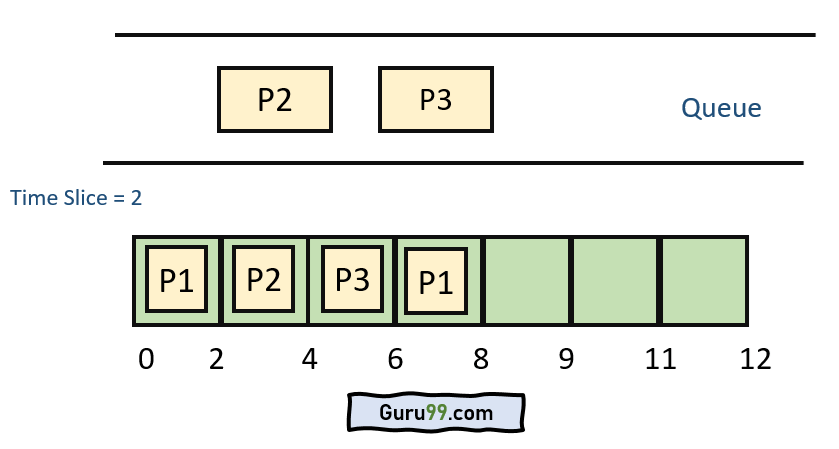 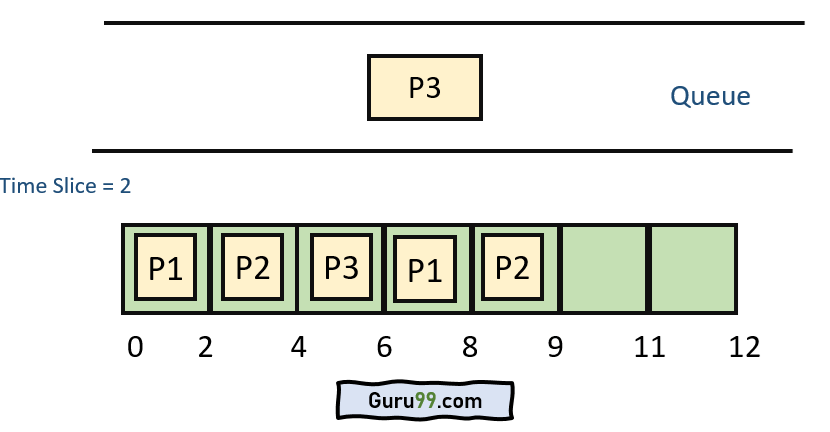 Step 6) P2 has a burst time of 3. It has already executed for 2 interval. At time=9, P2 completes execution. Then, P3 starts execution till it completes. 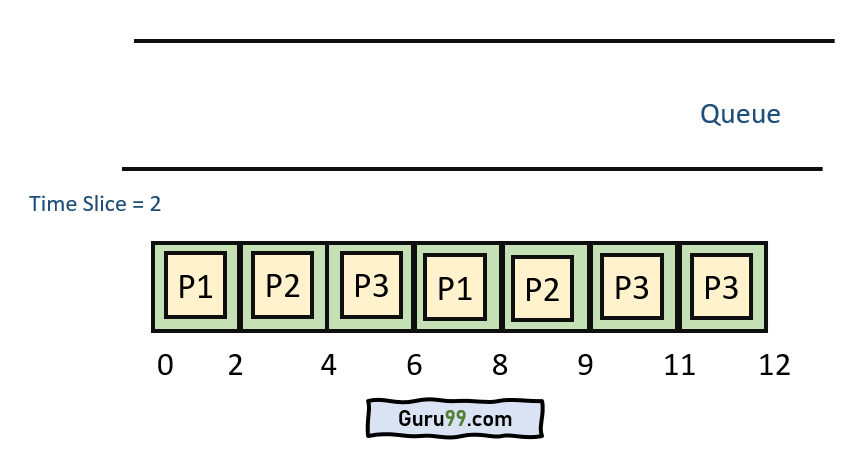 Step 7) Let’s calculate the average waiting time for above example.

This term is used for the maximum time taken for execution of all the tasks.