What are TCL Statements in PL/SQL?

The transaction will be complete under the following scenarios.

What is Autonomous Transaction

Example 1: In this example, we are going to understand how the autonomous transaction is working. 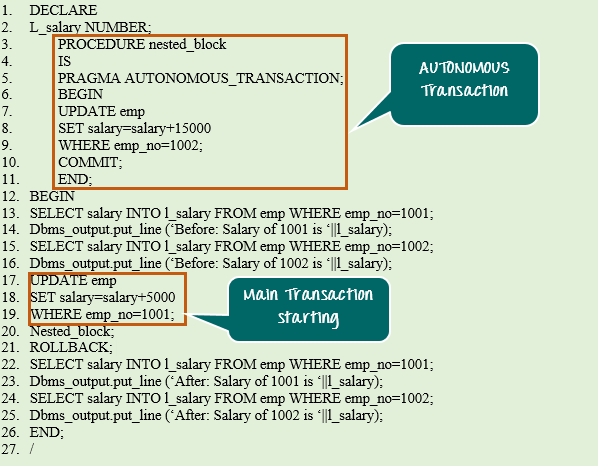