There are mainly four Levels of Testing in software testing : 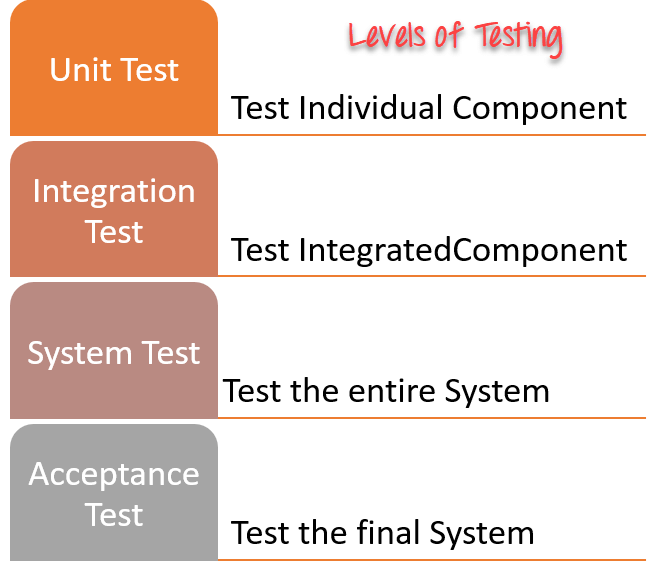 A Unit is a smallest testable portion of system or application which can be compiled, liked, loaded, and executed. This kind of testing helps to test each module separately.

The aim is to test each part of the software by separating it. It checks that component are fulfilling functionalities or not. This kind of testing is performed by developers.

Integration means combining. For Example, In this testing phase, different software modules are combined and tested as a group to make sure that integrated system is ready for system testing.

Integrating testing checks the data flow from one module to other modules. This kind of testing is performed by testers.

System testing is performed on a complete, integrated system. It allows checking system’s compliance as per the requirements. It tests the overall interaction of components. It involves load, performance, reliability and security testing.

System testing most often the final test to verify that the system meets the specification. It evaluates both functional and non-functional need for the testing.