Apache Hadoop is an open source software framework used to develop data processing applications which are executed in a distributed computing environment.

Similar to data residing in a local file system of a personal computer system, in Hadoop, data resides in a distributed file system which is called as a Hadoop Distributed File system. The processing model is based on ‘Data Locality’ concept wherein computational logic is sent to cluster nodes(server) containing data. This computational logic is nothing, but a compiled version of a program written in a high-level language such as Java. Such a program, processes data stored in Hadoop HDFS.

Do you know? Computer cluster consists of a set of multiple processing units (storage disk + processor) which are connected to each other and acts as a single system.

Below diagram shows various components in the Hadoop ecosystem- 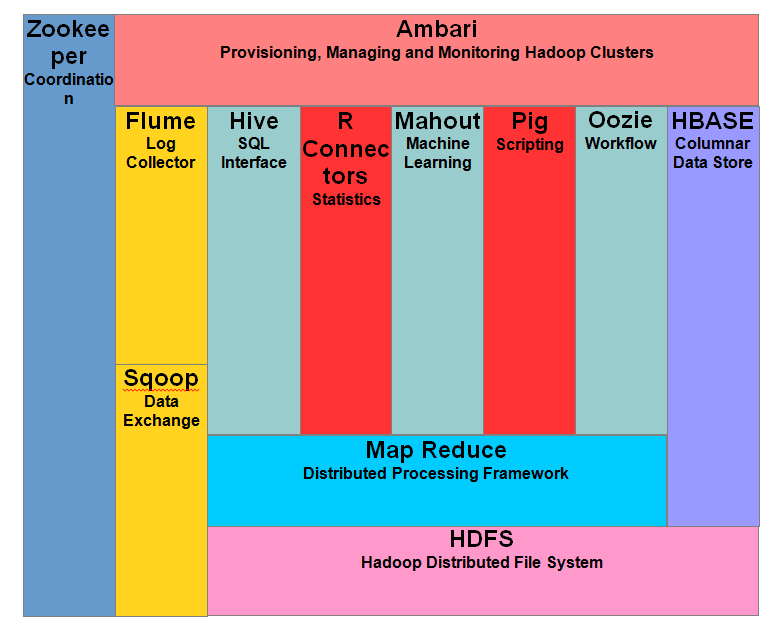 Although Hadoop is best known for MapReduce and its distributed file system- HDFS, the term is also used for a family of related projects that fall under the umbrella of distributed computing and large-scale data processing. Other Hadoop-related projects at Apache include are Hive, HBase, Mahout, Sqoop, Flume, and ZooKeeper.

The slave nodes are the additional machines in the Hadoop cluster which allows you to store data to conduct complex calculations. Moreover, all the slave node comes with Task Tracker and a DataNode. This allows you to synchronize the processes with the NameNode and Job Tracker respectively.

In Hadoop, master or slave system can be set up in the cloud or on-premise

As Big Data tends to be distributed and unstructured in nature, HADOOP clusters are best suited for analysis of Big Data. Since it is processing logic (not the actual data) that flows to the computing nodes, less network bandwidth is consumed. This concept is called as data locality concept which helps increase the efficiency of Hadoop based applications.

HADOOP clusters can easily be scaled to any extent by adding additional cluster nodes and thus allows for the growth of Big Data. Also, scaling does not require modifications to application logic. 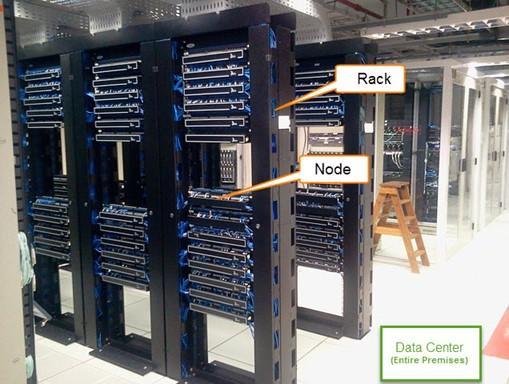 Typically, network bandwidth is an important factor to consider while forming any network. However, as measuring bandwidth could be difficult, in Hadoop, a network is represented as a tree and distance between nodes of this tree (number of hops) is considered as an important factor in the formation of Hadoop cluster. Here, the distance between two nodes is equal to sum of their distance to their closest common ancestor.