It may deal with some technical aspect but intentionally it includes:

Conformance Testing can be logical or physical, and it comprises following types of testing; 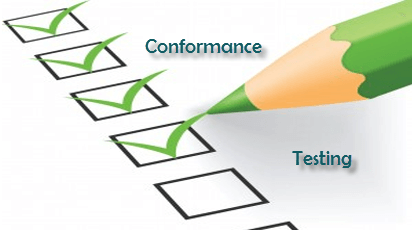 Why do we need Conformance Testing?

What do we need to test?

Conformance Testing is initiated by the management with total assurance about the team and their understanding of standards, specifications, and procedures.

To build an efficient application, standards and specifications should be clearly mentioned to avoid ambiguities. If not then conformance testing is itself useful to take the necessary steps to make it relevant and reliable.

When and how to perform Conformance Testing?

Let us have a quick look at diagrammatic representation of Conformance/Compliance Testing Process for better understanding :

With the help of Use Case, this process will be easier to understand; 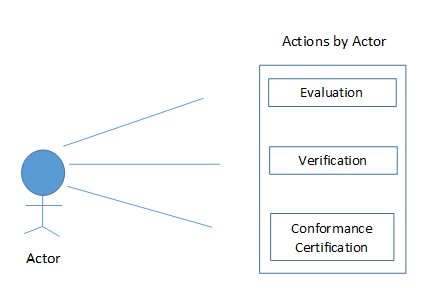 We will review the compare and contrast between both;

Like other types of testing, Conformance Testing also has some tasks that are quite difficult to perform and may become a challenge. Some of them are listed below;

Conformance Testing has some areas that need extra attention and knowledge for successful implementation;

Just like other types of Software Testing, Conformance Testing can also be done for Mobile systems. Once the system is assembled, it is checked for the use with prior to its deployment through Conformance test.

According to the type of networks such as GSM or CDMA, the tests are performed to achieve conformance and interoperability.
These tests may include;

Following Use Case Diagram shows how the conformance testing is performed for deployed mobile systems;

Furthermore, this can elaborated in the following manner for SIM Card Testing in two stages; 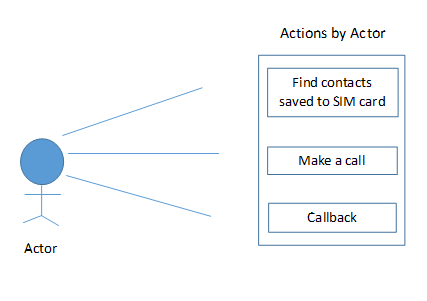 There can be two cases for a system such as
1. Call Succeed
2. Call Failed
Similarly, for Protocol Testing consider following Use Case; 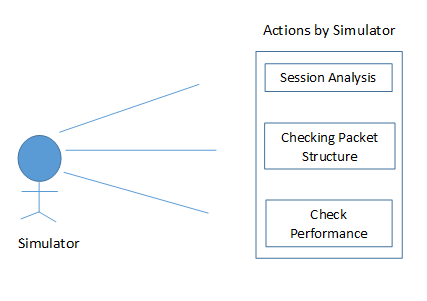 These terms show that Conformance Testing is also useful to test the implementation of technical standards.
To bring uniformity into the test process, the test cases are being defined. Depending upon the type of networks, hundreds of test cases may be defined and executed to ensure the working of the mobile system as per requirements specification.